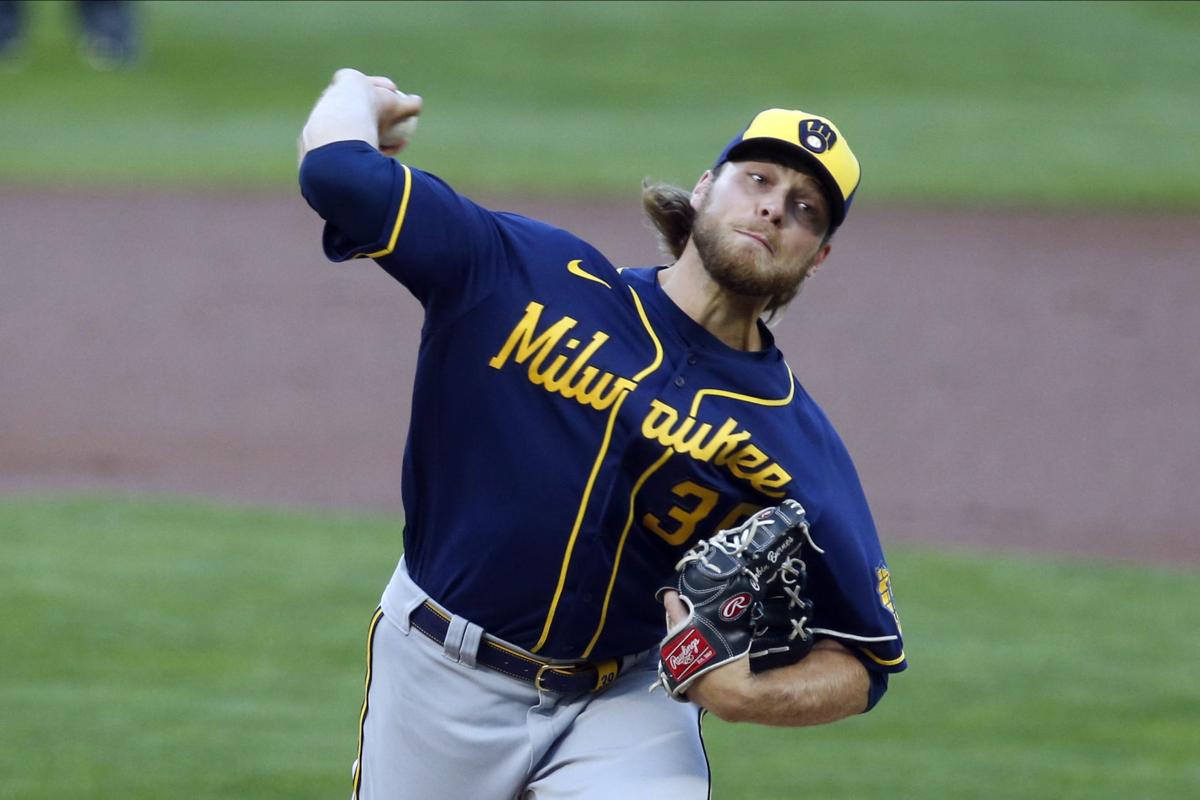 Unlike a year ago, when Corbin Burnes came to spring training knowing he had to prove himself, he's all but assured a spot in the Milwaukee Brewers' season-opening starting rotation.

Still, he's not changing his approach. Even though he emerged as one of the top young pitchers in the National League last season, Burnes is going about his business this spring the same way he did after his disastrous 2019 campaign.

"For me it's the same spring training as it has been the last two seasons," Burnes said. "I'm trying to go out and earn a rotation spot. When I start getting complacent, start falling back and not working as hard, is when things start to go bad."

Bad would be a delicate way of describing Burnes' performance in 2019, which was nothing short of a disaster for the right-hander who'd burst into the big leagues in dominant fashion as the Brewers advanced to within a game of the World Series the previous fall.

Shelled in his first four starts, Burnes spent the rest of the season shuttling back and forth between Milwaukee and Class AAA, the rotation and the bullpen before he was ultimately shut down and sent back to the team's spring training complex in Phoenix to regroup. He spent the entire offseason there, working on his mechanics and mental approach, and reported to camp last season on a mission.

He was off to a good start, posting a 0.90 ERA in four Cactus League appearances before baseball shut down in March due to the COVID-19 pandemic. When the season got underway three months later, Burnes looked every bit the part of a one-time top prospect. In 12 appearances (nine starts), he went 4-1 with a 2.11 ERA and struck out 88 batters in 59⅔ innings, putting himself into the conversation for NL Cy Young Award consideration — he finished sixth in the final balloting — before an oblique injury cut his season short.

Burnes was unavailable for the Brewers' wild card series against the Los Angeles Dodgers but the injury and rehab process didn't do much to interrupt his offseason preparations.

"Had we made it a couple rounds farther I definitely think that I could have come back and thrown some sort of innings," Burnes said.

Burnes' biggest problem in 2019 was keeping the ball in the park. He allowed 17 home runs in 49 innings, including 11 in 17⅔ innings to start the season. Last year, hitters hit two homers off him the entire season, the result of a increased option of pitches to keep opposing batters guessing.

The wider range of options not only kept hitters from sitting on his fastball, it also helped him throw the pitch more effectively and, according to FanGraphs, one mile per hour faster than he did in 2019.

He's not planning on adding any new pitches this spring, but rather will work to refine all his pitches.

"As pitchers we're always tinkering with stuff," Burnes said. "Even some of your better pitches, my slider, my cutter, it's still like, 'Hey, can we get a little more here, a little more there?' For me, it's just hammering on the slider and cutter to make them more consistent and then starting to work on the pitches that are probably fourth and fifth in the arsenal right now — the curveball and changeup; just continue trying to clean stuff up and make everything better."

Burnes' bounce-back performance last season left manager Craig Counsell impressed but also optimistic that he'll be able to build upon those results and take another step toward becoming the top-of-the-rotation talent the Brewers envisioned when he earned the organization's minor league pitcher of the year award in 2017, when his 1.67 ERA was third among all pitchers in the minor leagues.

"To Corbin’s credit, he fought so hard to get to this place," Counsell said. "There really wasn’t dramatic stuff changes to Corbin last year. There were some tweaks in some usage (of certain pitches) but just how hard he fought for it, fought for what he believed in and who he was and knowing that it was in there, that’s a sustainable trait.

"There’s going to be hurdles thrown in front of you all the time. He’s going to have another one, and it might not be the one we’re thinking about. It rarely is, right? Something gets thrown in front of you but the fight that he’s exhibited to kind of get through that last one, which was a pretty darned big one, means he’ll get through the next one.”

Keston Hiura is one of 10 position players in camp early as he begins his transition to first base.

Counsell said the process will be similar to the way the Brewers worked with Ryan Braun during past camps, taking things slowly each day while understanding that some things can only be learned in game action.

“This is a spot where you have six weeks (to get ready), Counsell said. “It’s really just about doing a little bit each day and just making progress every day. Spending a little bit of time, either through working or talking, on what’s new there. “

Bench coach Pat Murphy, base coach Jason Lane and Class A Wisconsin Timber Rattlers manager Matt Erickson are helping Hiura with the transition from second base.

MLB and the MLB Players’ Association announced that just 13 of the 4,336 — 0.3% — intake tests performed ahead of spring training came back positive for COVID-19. Of those positive tests, nine came from players and four from staff members.

Nobody affiliated with the Brewers is believed to be among those positive tests as Counsell said all players required to be in camp had passed physicals and were taking part in workouts.

Among those who passed their physicals was reliever Brad Boxberger, who signed a minor league contract with Milwaukee earlier in the week and is trying to make the team as a non-roster invitee.

One of a kind: Death of baseball legend Hank Aaron sparks outpouring of remembrances on social media

The death of baseball legend Hank Aaron Friday at the age of 86 elicited reactions from all walks of life, with fans of Aaron's flooding socia…

Craig Counsell counting on Brewers hitters bouncing back in 2021

The Brewers scored 4.1 runs per game to rank 27th out of 30 MLB teams last year as they slipped into the playoffs with a 29-31 record.

"We’re fortunate that our facility is kind of made for something like this," Brewers manager Craig Counsell said. "We can spread out and there’s tons of space."

Brewers pitching coach Chris Hook worked with many of Milwaukee's pitchers as they worked their way up the organizational ladder during his time as a minor league instructor.

MLB is deadening baseballs to liven up the game. Pitchers and managers approve.

Many think the preponderance of baseball's three true outcomes — the home run, the walk and the strikeout — is harming the sport.