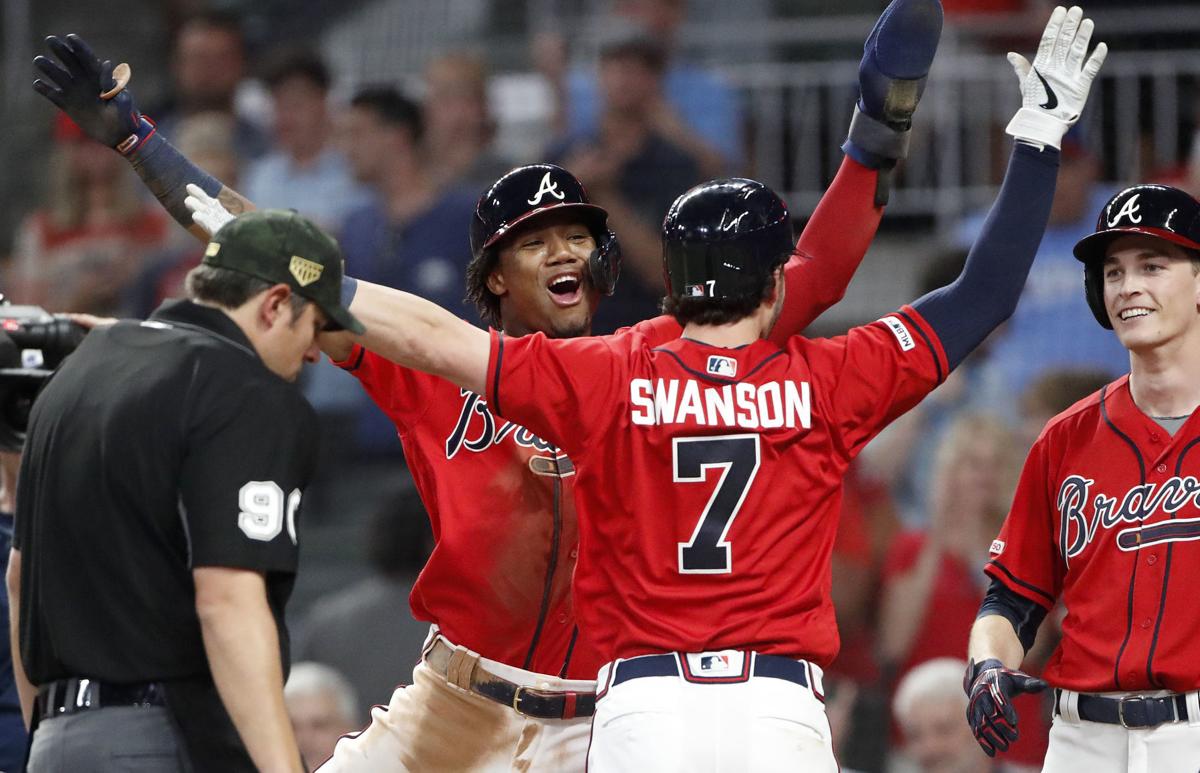 Braves' Dansby Swanson celebrates with Ronald Acuna Jr. after hitting a three-run home run in the sixth inning Friday night. The homer was one of four hit by Atlanta. 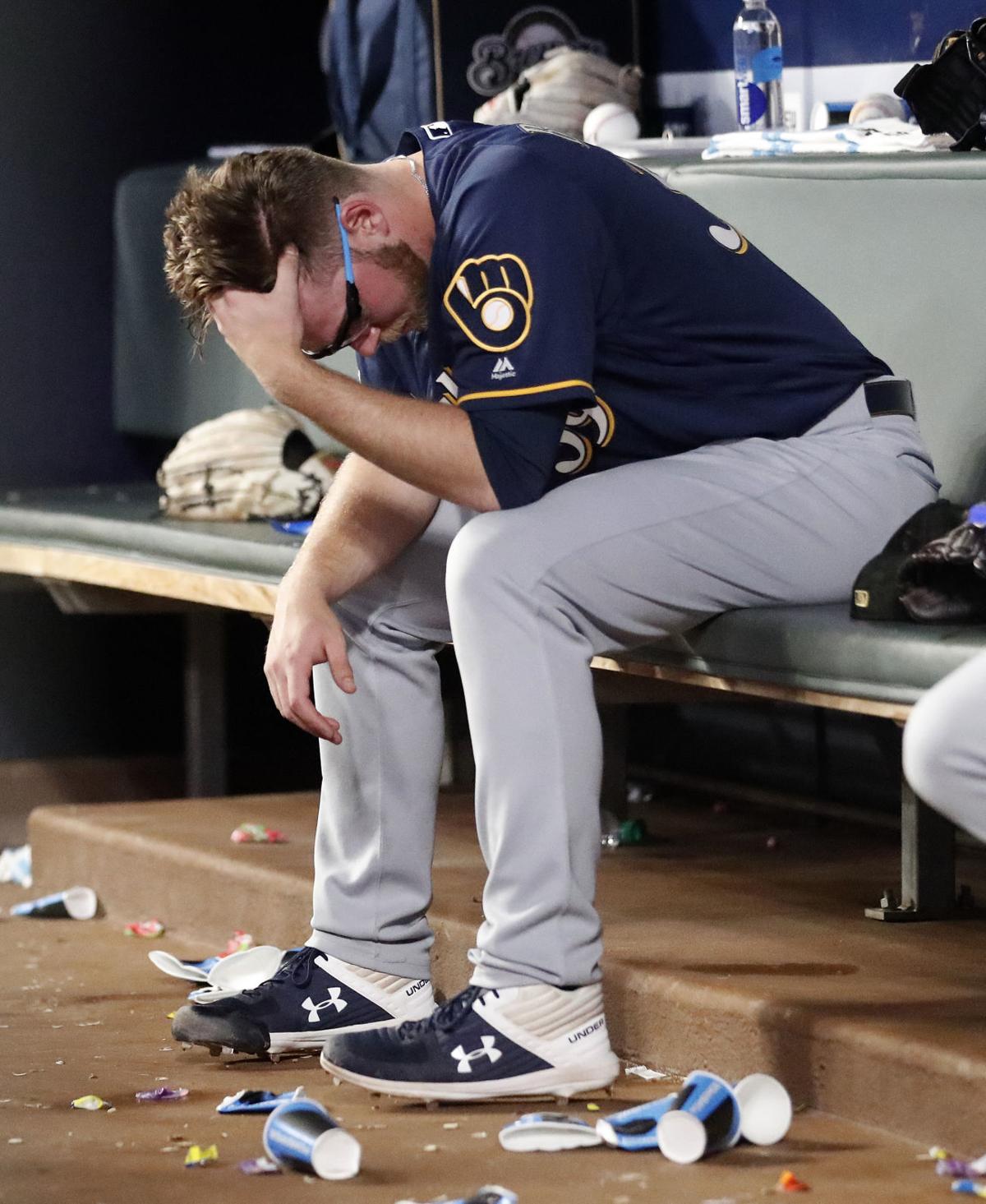 Brewers reliever Corbin Burnes allowed seven runs in two-thirds of an inning. Three of the five hits he gave up were home runs.

ATLANTA — The return of Ronald Acuña Jr. to the leadoff spot has helped to spark Atlanta’s offense.

A barrage of home runs also makes a difference.

Swanson, Josh Donaldson and Tyler Flowers hit home runs off right-hander Corbin Burnes in a nine-run sixth inning — the most runs in an inning by the Braves in 10 years. Freddie Freeman homered and drove in two runs. The Braves sent 13 batters to the plate against Burnes and Jacob Barnes in the inning.

The Braves led 12-0 before three relievers gave up eight runs in three innings.

Nottingham drove in four runs for the Brewers, who fell 1½ games behind Chicago in the NL Central.

Swanson ended a 0-for-17 slump with his homer into the left-field seats. Flowers’ two-run shot knocked Burnes out of the game. Burnes allowed seven runs on five hits — including three homers — and two walks while recording only two outs.

Burnes, who was removed from the rotation following early struggles, has allowed 14 homers in 27⅓ innings.

“Tonight he did not throw the ball well, the first time in five or six outings. We’ve got to be better than that, there’s no question about it. But we’ll give him another chance, yeah.”

Acuña had three hits, drove in three runs and scored two runs. The Braves have averaged almost seven runs and are 6-1 since moving Acuña back to the leadoff spot, where he flourished in 2018 as a rookie.

“I think it allows speed to play a little bit more,” Swanson said of the Braves’ new lineup.

Acuña’s hustle paid off in the first inning when he kept running for a double when Milwaukee’s Lorenzo Cain had a lackadaisical approach to the ball in shallow center field. Acuña moved to third on Swanson’s fly ball to right field and scored on Freeman’s grounder to second base.

Fried (6-2) had five strikeouts and walked two batters against a Brewers offense that had scored a combined 22 runs in three straight wins over Philadelphia.

“That was a good test for him,” said Braves manager Brian Snitker, who decided to pull the left-hander after he reached base twice in the long sixth inning.

Freeman’s homer off Jhoulys Chacin in the third traveled 433 feet before hitting the front of a restaurant behind the first section of right-field seats.

Brewers right-hander Jimmy Nelson (right shoulder) could be moving closer to his first start in the majors since Sept. 8, 2017. Nelson gave up three hits in 5⅓ scoreless innings in a minor league rehab start for Class AAA San Antonio.

Hiura, 22, Milwaukee's top prospect, is hitting .250 with a home run in six games since getting the call from the minor leagues.

Sonny Gray and three Cincinnati relievers held down the Brewers, who were missing the 2018 NL MVP because of back spasms, in the Reds’ 3-0 victory Tuesday night at Miller Park.

Braves' Dansby Swanson celebrates with Ronald Acuna Jr. after hitting a three-run home run in the sixth inning Friday night. The homer was one of four hit by Atlanta.

Brewers reliever Corbin Burnes allowed seven runs in two-thirds of an inning. Three of the five hits he gave up were home runs.