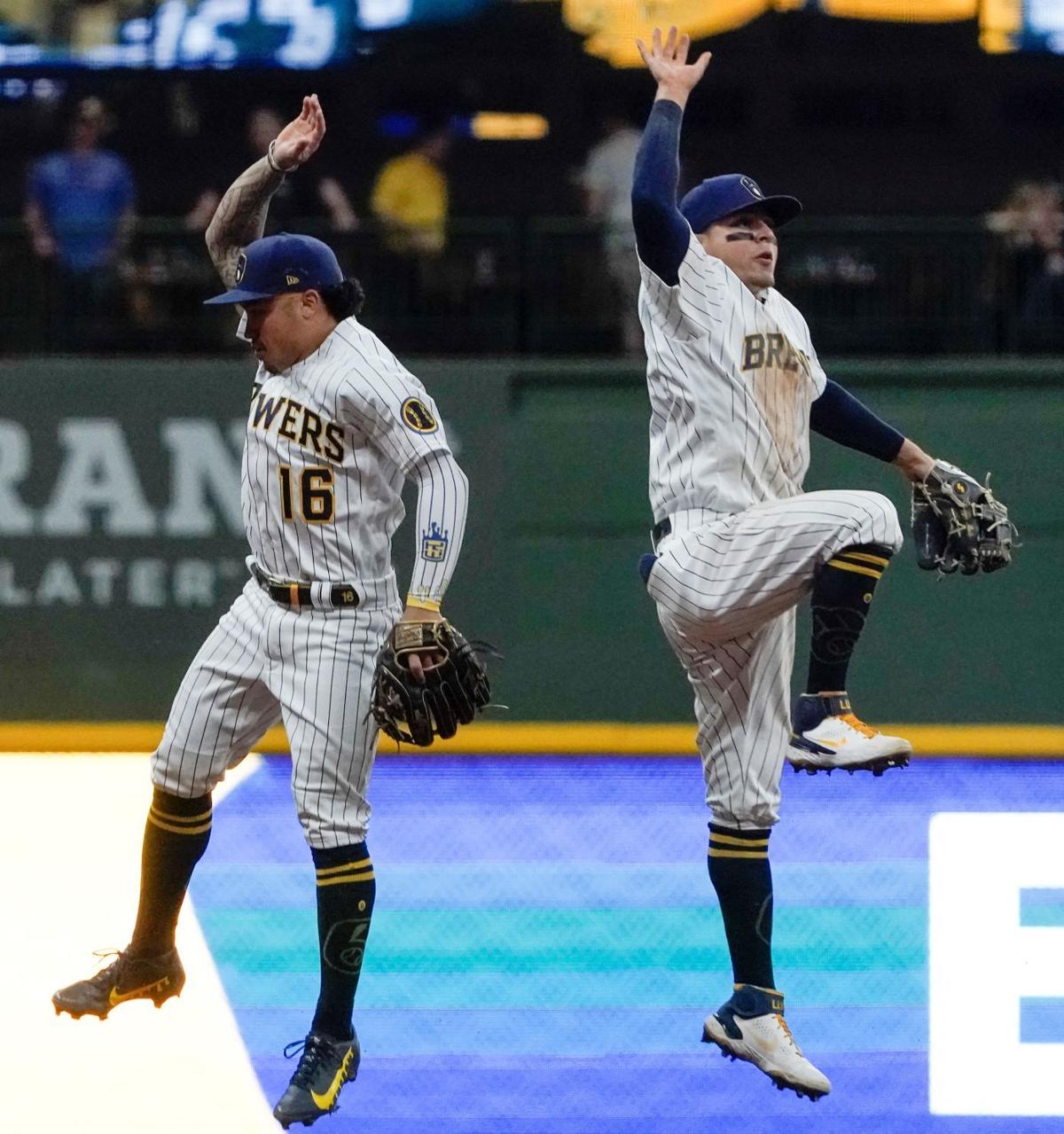 MILWAUKEE — The Milwaukee Brewers' investment in Kolten Wong is paying off handsomely.

The two-time Gold Glove-winning second baseman, who signed a two-year, $18 million contract with Milwaukee after the St. Louis Cardinals declined his $12.5 million option for 2021, has been as good as advertised on defense. In 101 games, Wong has been charged with just two errors on 355 chances for a career-best .994 fielding percentage.

Wong leads the National League and ranks second among all second basemen with five defensive runs saved, according to fangraphs.com, and his 3.8 UZR (Ultimate Zone Rating) ties him with the Cleveland Indians' Cesar Hernandez for the best in baseball among second basemen.

His presence in the field has made life easier for Milwaukee pitchers such as Adrian Houser and Brett Anderson, who are at their best when using sinkers to generate weak contact and ground balls.

"He’s been fantastic in the field all year for us," Houser said. "He’s been doing a hell of a job."

Entering Milwaukee's game Saturday night against the Chicago Cubs at American Family Field, Wong was batting .280 with a .340 on-base percentage, .458 slugging percentage and .799 OPS. He's also hit a career-high 13 home runs — including six to lead off a game — 28 doubles and a pair of triples to give him a career-best 43 extra-base hits while driving in 46 runs and scoring 62.

Milwaukee is 61-42 in games when Wong has at least one plate appearance and 55-41 in games he's started at second base.

"That’s kind of the impact of the leadoff hitter," Brewers manager Craig Counsell said. "He’s going to get one more (plate appearance) than everyone else so he’s going to lead your team in at-bats every night and that’s why it’s an important spot. That’s why you want one of your better hitters in that spot.

"Him (getting) on base starts the whole thing. That’s a common baseball cliche but it’s so true because it’s setting up the rest of your lineup. He’s had more than just a leadoff hitter’s year for me. It’s been impactful. Big hits. Power."

Wong went 3-for-5 with two RBIs — including a two-out, bases-loaded single in the eighth inning that snapped a 5-5 tie — in the Brewers' 8-5 victory on Friday night.

The go-ahead hit came at the end of a six-pitch at-bat. Chicago right-hander Rowan Wick threw four straight fastballs at the top of the zone to open the sequence and Wong wasn’t fooled on any of them. He fouled off the first, looked at the next two, then fouled off the fourth.

Wick’s next offering was a curveball in the dirt that Wong took for ball three. When Wick came back with a fastball, just a few inches above his previous pitch, Wong got exactly what he was looking for and punched it back up the middle.

In all, Wong saw 29 pitches in five plate appearances. He took 12 for balls, three for strikes, fouled off nine pitches and put five in play. He didn't swing and miss on a single pitch.

"You're just trying to put together a good at-bat and keep the line moving and hope that you can work the pitcher out," Wong said. "I wasn't going to go up there and try and do too much — even though it kind of looked at it sometimes with my swings. I was really trying to hone in on the strike zone, right down the middle, and not get off of that. The guys before me had really good at-bats and I wanted to continue that trend."

The victory pushed the team one step closer to it's immediate goals of clinching a playoff spot and the NL Central Division crown. Wong went to the postseason five times with the Cardinals, including each of the past two seasons and is now focused on helping the Brewers reach their first World Series since 1982.

"We've believed in each other since spring training, even though people were counting us out," Wong said. "This is something we've been pushing for. We've been grinding. We all want to clinch it here at home. That's a big thing for us."

Willy Adames likely to return to Brewers lineup on Monday

The shortstop has been out since Sept. 5 due to a quad injury.

Milwaukee's ninth-inning rally fell short and the magic number for wrapping up its first NL Central title since 2018 remained at three.

St. Louis is 10-3 since dropping two of three games in Milwaukee earlier this month.

Outfielder Tyrone Taylor returned to the team Tuesday after missing nearly a month with a strained right oblique.