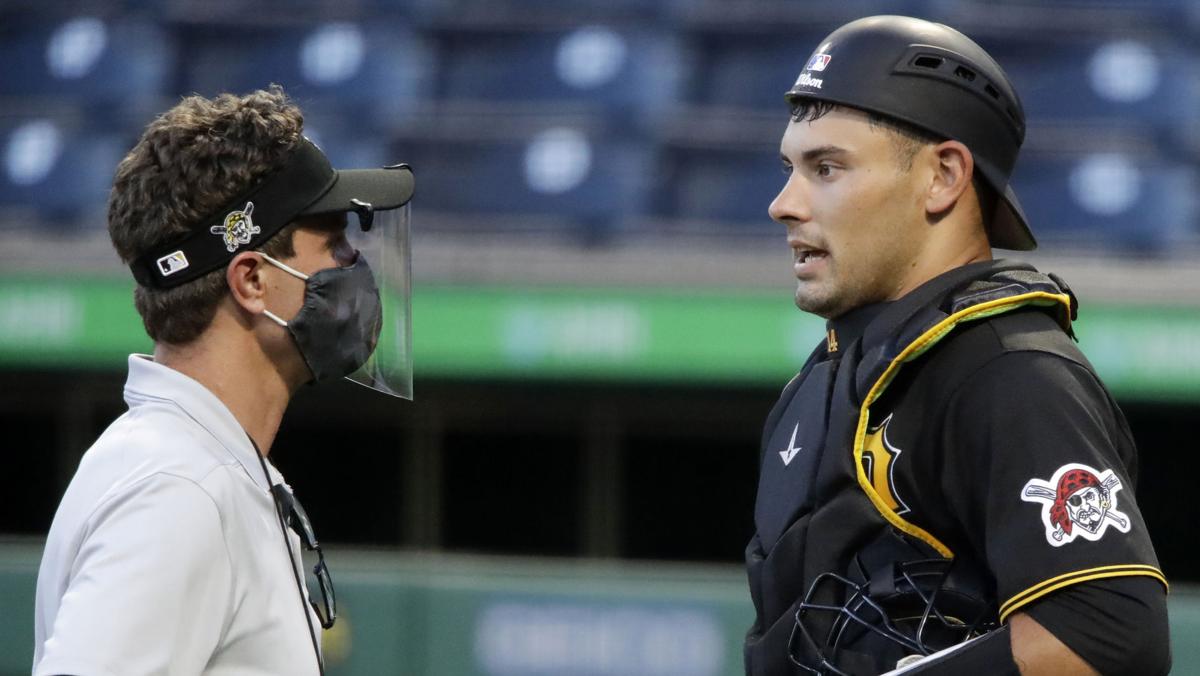 Pirates catcher Luke Maile talks with a trainer during an intrasquad baseball game on July 15 at PNC Park in Pittsburgh. 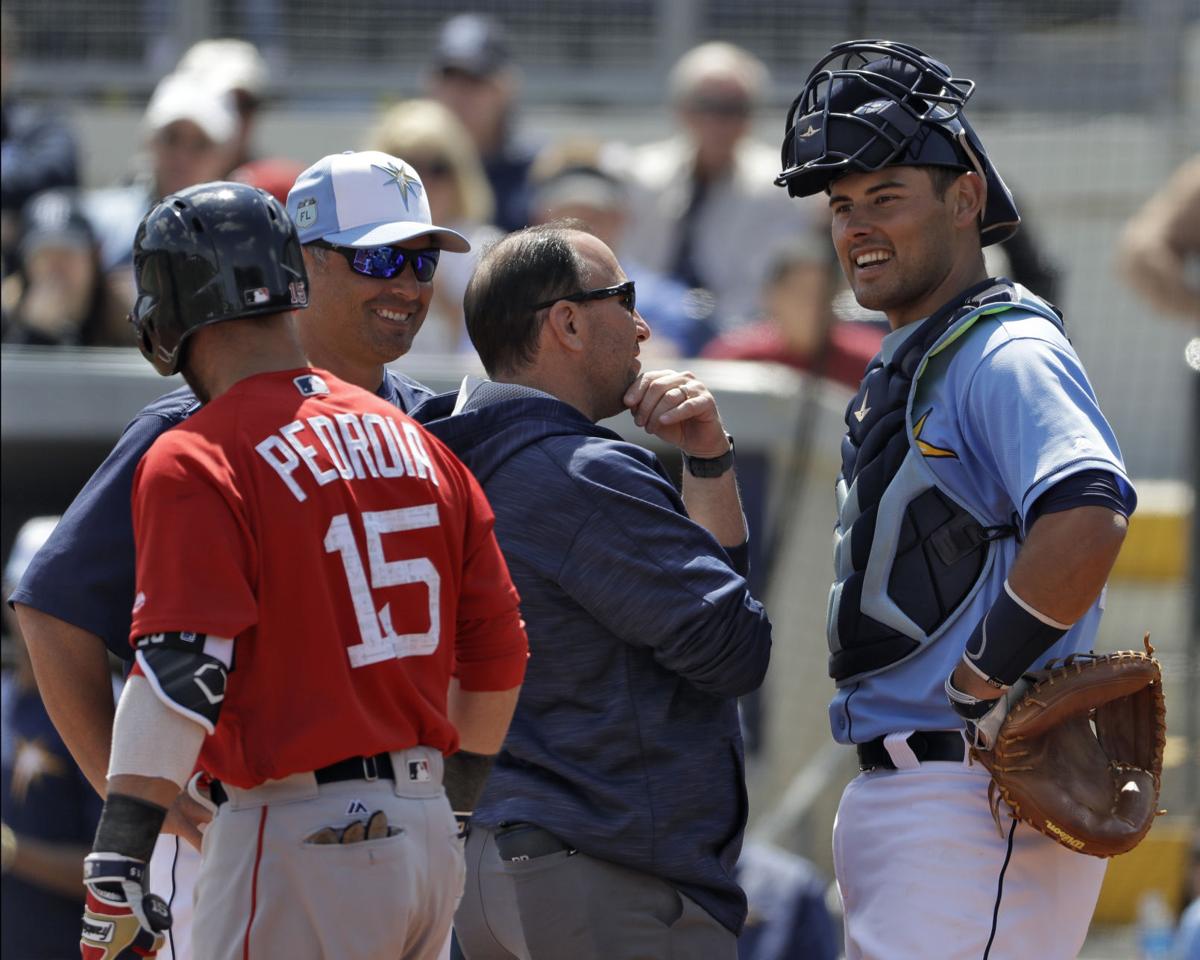 Tampa Bay Rays catcher Luke Maile laughs as he talks to trainer Ron Porterfield and manager Kevin Cash after getting hit with a foul ball off the bat of Boston's Dustin Pedroia during spring training in 2017.

MILWAUKEE — Free agent catcher Luke Maile and the Milwaukee Brewers finalized a one-year contract Tuesday that pays an $825,000 salary while in the major leagues and a $275,000 salary in the minors.

Maile signed with Pittsburgh last Dec. 16 but never played in a game during the pandemic-shortened season. He broke his right index finger when hit by a pitch from Geoff Hartlieb during an intrasquad game on July 16, was operated on the next day by Dr. Ed Birdsong and spent the season on the injured list.

Jedd Gyorko and Eric Sogard each had $4.5 million options and now instead become eligible for free agency. Ben Gamel remains under team control after the Brewers declined a $2.55 million option on him.

The Brewers on Thursday declined to exercise a $15 million mutual 2021 option on veteran outfielder Ryan Braun as the franchise’s career home run leader ponders whether to continue playing.

With Ryan Braun expected to retire, David Stearns' biggest task will be to find a proven run-producer or two, either in free agency or via trade, to power the middle of the Brewers’ order.

Pirates catcher Luke Maile talks with a trainer during an intrasquad baseball game on July 15 at PNC Park in Pittsburgh.

Tampa Bay Rays catcher Luke Maile laughs as he talks to trainer Ron Porterfield and manager Kevin Cash after getting hit with a foul ball off the bat of Boston's Dustin Pedroia during spring training in 2017.