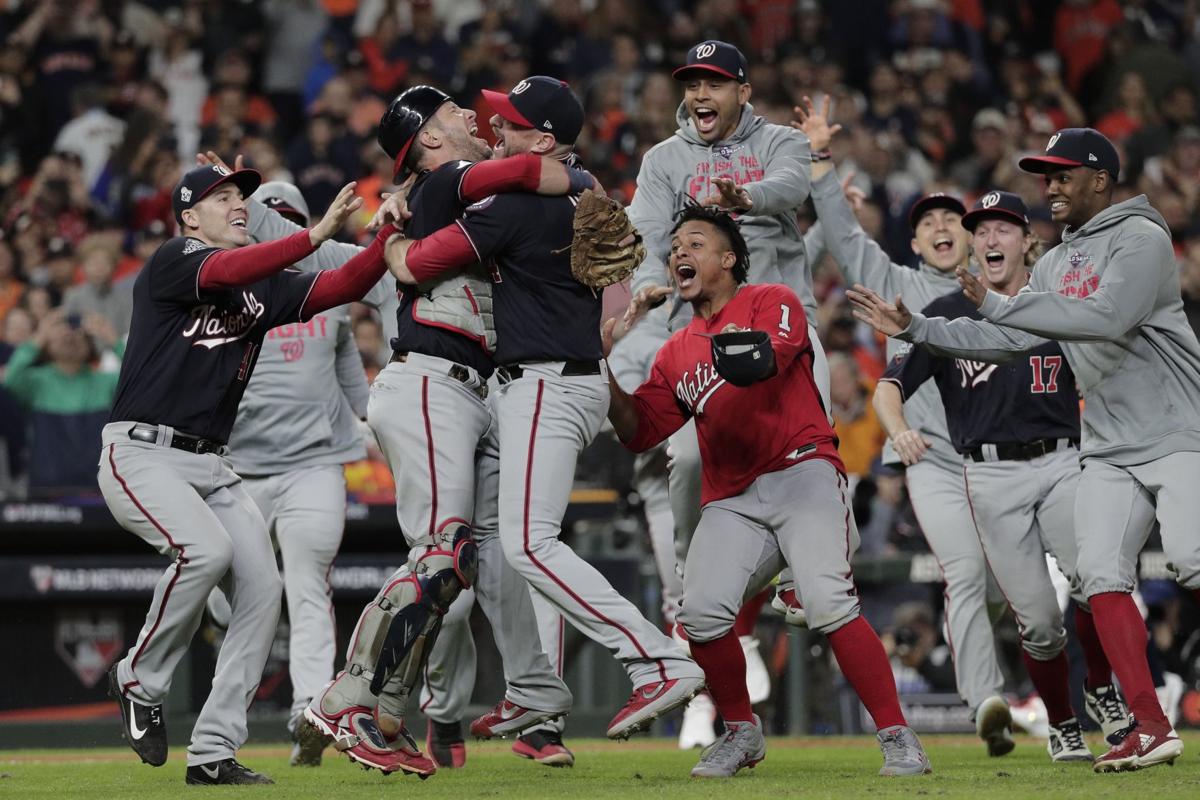 Players rush the field in Houston on Wednesday, Oct. 30, 2019 after Washington became the first team to win four road games in the World Series. 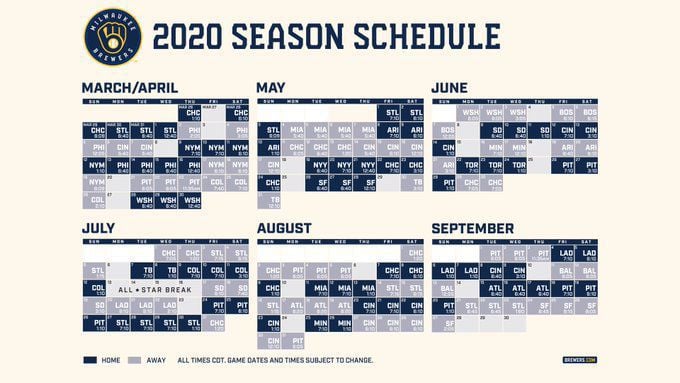 Baseball's collective bargaining agreement expires after next season, with the prospect of a strike or lockout looming. The players want major reforms, but the owners are pretty happy with the current system. The players desperately need a bargaining chip.

Enter the television networks, who have suggested they would pay more for broadcast rights if baseball would stage more playoff games. The players union would have to approve a postseason expansion, and nothing says "bargaining chip" quite so well as a union standing between management and an infusion of cash.

The 2022 season would be the first under the potential new labor deal. Really, if a few more games in October can spare us from a labor stoppage, what's not to like?

That is the story behind the proposal owners intend to pitch: 14 of the 30 MLB teams make the playoffs, an increase from the current 10; the team with the best record in each league gets a first-round bye and its choice of second-round opponent; the other six postseason teams in each league — four wild cards and the other two division champs — play a best-of-three first round that replaces the current one-game wild-card playoff.

What TV likes: Eighteen potential first-round games, all national telecasts, in place of the two wild-card games; plus a Sunday selection show in which Andrew Friedman could hand a card to Dave Roberts and let him say these words on TV: "The Los Angeles Dodgers have selected the Milwaukee Brewers as their opponent."

What TV also likes: better marketing through a radical regular-season schedule in which every team would play every other team every year, either home or away.

Fans don't need to see the Arizona Diamondbacks at Dodger Stadium, or the Texas Rangers at Angel Stadium, for three series each year. Bring on the New York Yankees in L.A. every other year, and the Chicago Cubs in Anaheim. Bring Mike Trout to every ballpark in the majors, every other year. No kid in Denver or St. Louis should have to wait six years to see him play.

There will be unintended consequences. There always are. In 2015, when baseball first scheduled every game on the final day of the regular season to start at the same time, the hope was that a playoff berth or two would be decided with split-screen suspense. That has fizzled, so perhaps "Pick Your Playoff Opponent Live" will inject live television excitement into that final day.

In 1994, when baseball expanded from two to three divisions and added the wild card, the idea was to make sure a second-place team with 103 wins (Dusty Baker's 1993 San Francisco Giants) would never again miss the playoffs.

That advantage would now be mostly lost for all but one division champion. Had the proposed format been in place last season, the 103-win Yankees could have been forced into a three-game series against the 84-win Boston Red Sox. In 2017, a team without a winning record would have qualified for the American League playoffs. The only benefits for being a division champion with the second- or third-highest win total would be choosing its opponent and hosting the entire three-game wild-card series.

Among the players, the reaction to the proposal has been chilly, at least on Twitter. Cincinnati Reds pitcher Trevor Bauer called it "absurd." Philadelphia Phillies infielder Didi Gregorius: "Why are we changing this lovable sport so much?" Washington Nationals pitcher Sean Doolittle: "Under this proposal, a 75-win team might be a playoff contender. Will teams continue to try to improve when they have to do less to make the playoffs?"

On the other hand, under the proposed system, Trout could have appeared in the playoffs four times by now instead of once, exposing baseball's best player to a national audience.

What the owners would love to do is say, "More teams in the playoffs! More money for everyone! Let's agree on this and go from there."

For a union that has tried to spur the owners into innovation in marketing and competition, this proposal appears to be a good start. However, it would be folly for the union to blindly accept the premise that more money from TV equals more money for players, when in fact industry revenue has gone up the past few years but the average salary has not.

A Fangraphs analysis shows none of the additional four wild-card teams would have even a 2% chance of winning the World Series. In this analytical age, what general manager would recommend to an owner that his team trade his top prospect in hopes of a playoff spot that would come with such a low probability of winning the World Series — and might not even come with a single postseason home game?

What the owners ought to consider is incentivizing competition by increasing the reward for a playoff spot. Maybe the top picks in the draft could go to the first teams eliminated from the playoffs, not the teams with the worst records. Maybe small-market teams could be disqualified from revenue sharing if they do not make a minimum number of playoff appearances in a certain time frame — and, remember, almost half the teams would qualify for the playoffs.

"Expanding the playoffs in a sensible way is something worth discussing when part of a much more comprehensive conversation about the current state of our game," Tony Clark, the union's executive director, said in a statement.

So have that conversation. The owners are not going to let players go to salary arbitration or free agency a year earlier in exchange for expanded playoffs, but the players can get something for their consent — presumably, something that could incentivize competition over tanking, reverse the recent slide in attendance, and make the owners a few more bucks on tickets.

And then keep the conversation alive, the difficult one in which players try to secure more money for younger players handcuffed by the current compensation system. Owners believe the salary pie is plenty big as it is, and they have told players to allocate it however they like. Players believe the revenue pie is plenty big, and getting bigger, and yet the size of their slice remains the same.

That negotiation will be hard, but it gets harder as it gets closer to Dec. 1, 2021, the expiration of the collective bargaining agreement. If owners and players start talking in earnest now because of the proposal for expanded playoffs, and then they keep on talking, praise be to the TV networks.

Brewers go to spring training with plethora of new players

A third straight postseason appearance seems implausible after the departure of several key players and some mostly ho-hum additions.

After much delay, Mookie Betts and David Price to join Dodgers in revised deal

Nearly a week after agreeing to a seismic trade that would've sent superstar Mookie Betts to the Los Angeles Dodgers before the Boston Red Sox got cold feet at the finish line, the two sides finally agreed to a slightly different deal Sunday,

Players rush the field in Houston on Wednesday, Oct. 30, 2019 after Washington became the first team to win four road games in the World Series.