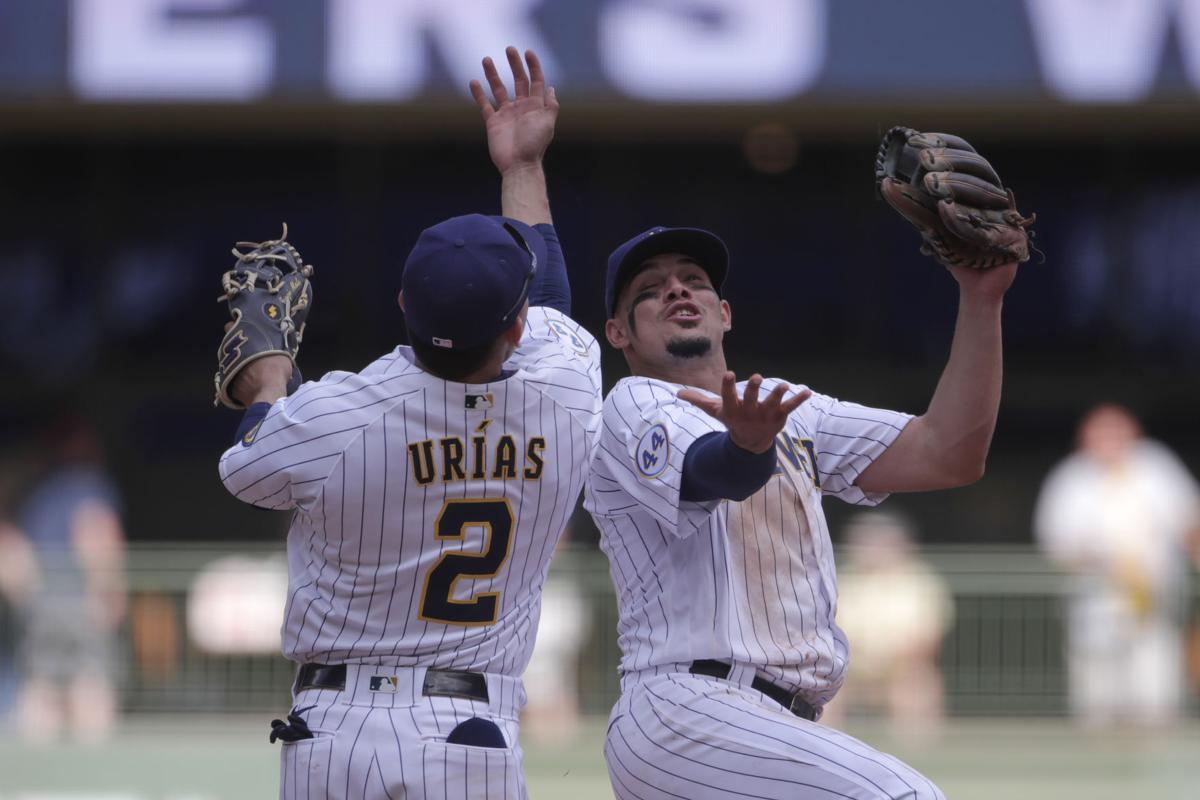 Infielders Willy Adames and Luis Urias celebrate Sunday after the Brewers defeated the Diamondbacks at American Family Field for their ninth victory in the past 10 games. 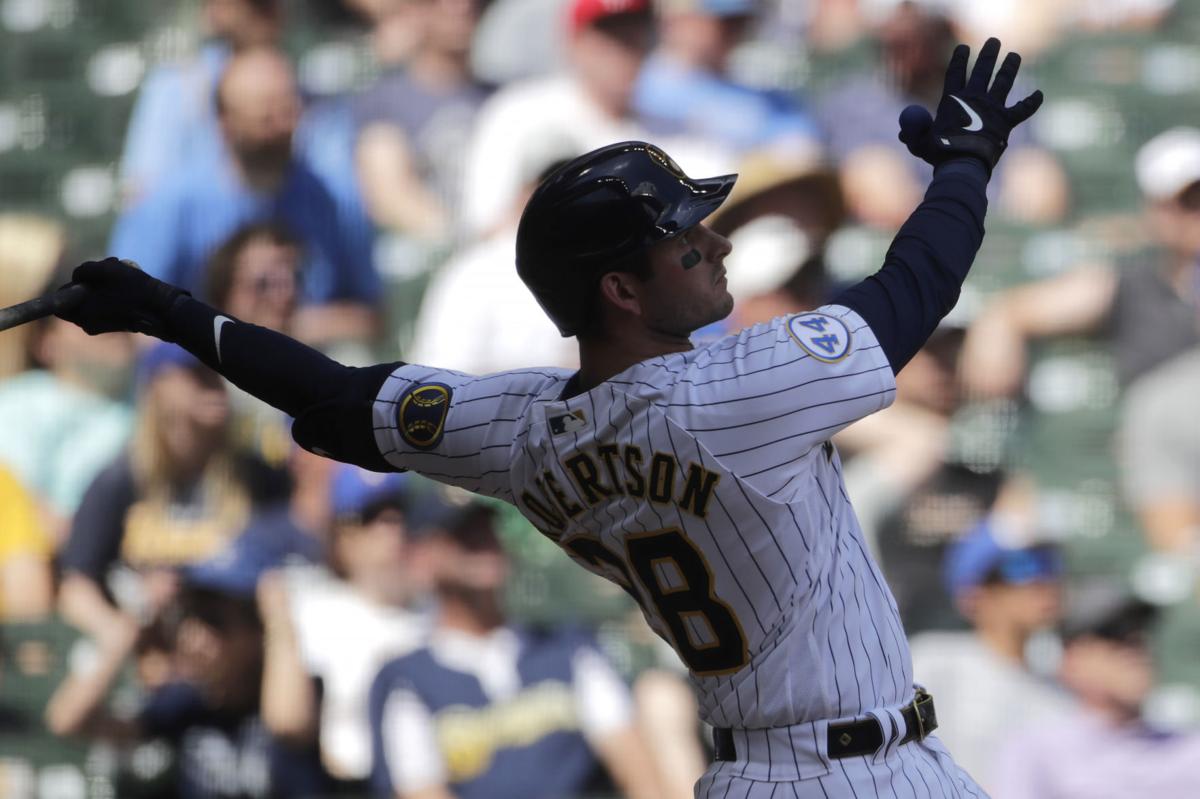 MILWAUKEE — Corbin Burnes said he felt as strong as he has all season.

Considering how well the Milwaukee Brewers right-hander has pitched, that was a notable comment. His performance backed it up.

Burnes struck out a career-high 13 in seven innings, and the Brewers beat Arizona 2-0 on Sunday to deal the Diamondbacks their team-record 17th straight road loss.

Burnes allowed four hits and no walks, lowering his ERA to 1.97.

"This was by far the best I've felt all year," Burnes said. "Body, arm, everything, stuff-wise, stuff coming out of my had. There wasn't a point where we ever felt stuck today."

Burnes has 94 strikeouts in 59 1/3 innings. He reached 90 strikeouts in 56 1/3 innings, tied with the Mets' Jacob deGrom this year for the second-fastest in big league history behind Shane Bieber's 55 1/3 innings last year, according to MLB.

The Brewers, who have won nine of their last 10, are tied with the Chicago Cubs for first place in the NL Central.

"The D.C. series kind of sparked everything," Burnes said, referring to a three-game sweep at Washington from May 29-30. "I think we've kind of taken off from there. Everyone's throwing the ball well - rotation, bullpen. We're playing great defense. The bats are coming alive. That's a pretty scary offense when you can get everyone swinging the bats."

Arizona has lost 28 of 33. The Diamondbacks haven't won a road game since Madison Bumgarner threw seven no-hit innings on April 25 to finish a doubleheader sweep in Atlanta.

Arizona matched its season high for strikeouts with 16 against Burnes, Devin Williams and Brad Boxberger, the Diamondbacks' 28th game with 10 or more.

"These guys are trying," Diamondbacks manager Torey Lovullo said. "They're digging in as hard as they possibly can. We're just not having positive results. All we can do is continue to just stay on our foundation, and that's the commitment and trust and believe that we're going to go out there and make something good happen."

Boxberger pitched around Carson Kelly's infield hit leading off the ninth for his second save in as many chances. Brewers manager Craig Counsell said usual closer Josh Hader, who earned saves Thursday and Saturday, needed a day of rest that made him unavailable for this game.

Burnes (3-4) was the first Brewers pitcher to strike out at least 13 batters in a game since Freddy Peralta also had 13 strikeouts at Colorado on May 13, 2018. No Brewers pitcher had that many at hime since Wily Peralta against the Cubs on Sept. 27, 2014.

"He was just really efficient today," Counsell said. "There was an ease to how he worked today. The ball was coming out good. He was doing whatever he wanted with each pitch."

Arizona's Caleb Smith (2-2) allowed one run and three over five innings. Smith struck out eight, walked two and hit a batter in his third start this season.

Neither starting pitcher allowed a runner through the first three innings. Both teams wasted scoring opportunities in the fourth, as the Diamondbacks stranded two runners and the Brewers left the bases loaded.

Robertson led off the fifth with a drive off a 1-1 pitch that sailed over the left-field wall. Taylor gave the Brewers some insurance when he also homered to left in the sixth off Riley Smith.

"This team plays good defense, we've got tremendous pitching and these bats are coming to life here with this warm weather," Robertson said. "It's been fun."

As the Milwaukee Brewers enjoy a well-earned day off following a four-game sweep of the Diamondbacks, here are three takeaways from a recent h…

Infielders Willy Adames and Luis Urias celebrate Sunday after the Brewers defeated the Diamondbacks at American Family Field for their ninth victory in the past 10 games.