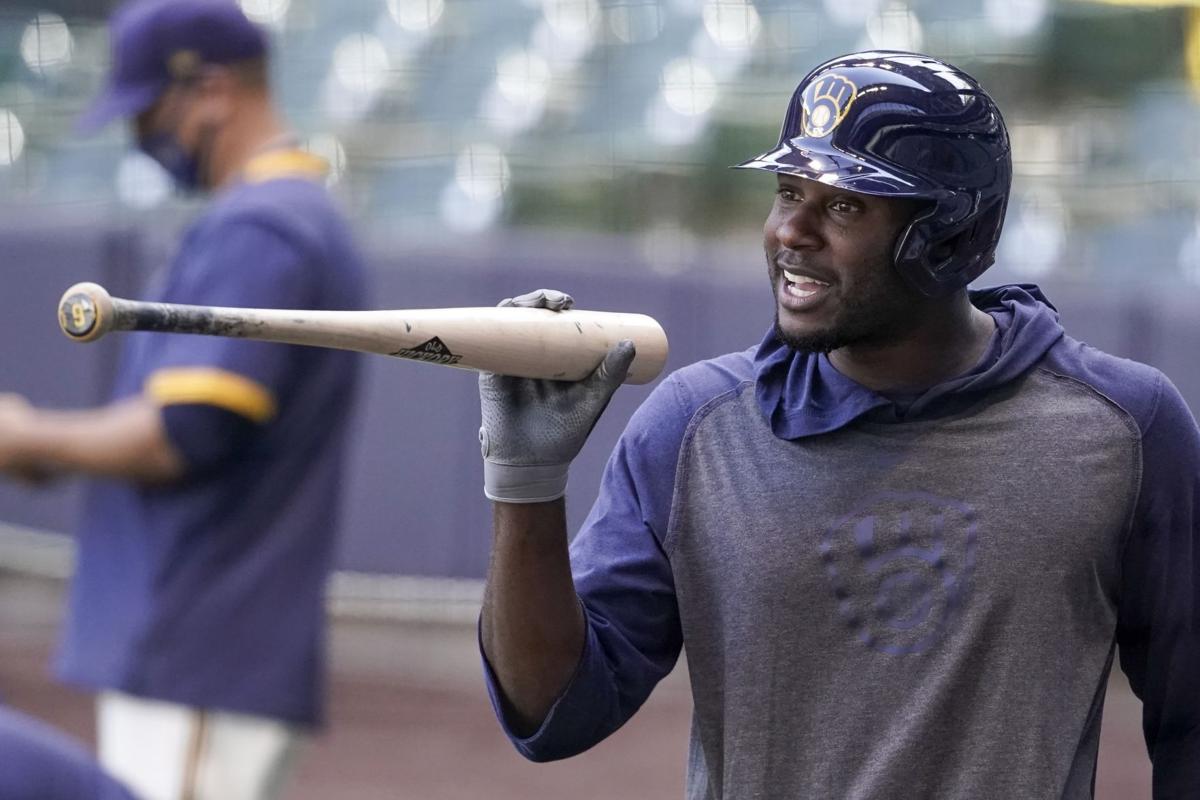 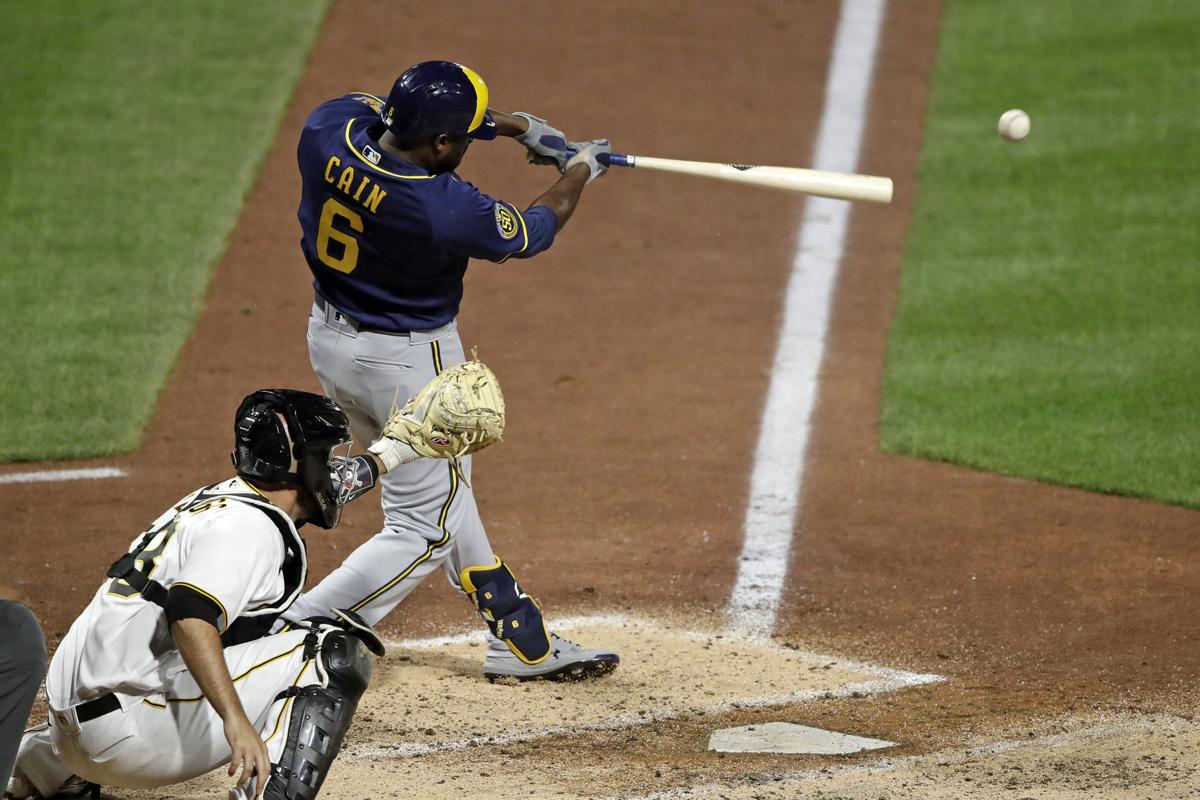 Lorenzo Cain, 34, has been with the Brewers since 2018 after spending the previous seven years with the Royals. He also played in 2010 for Milwaukee.

MILWAUKEE — Lorenzo Cain was one of the first members of the Brewers to report for the start of spring training and also among the first to arrive in Milwaukee when Major League Baseball started up again after a four-month hiatus.

On Saturday, the veteran outfielder became the team’s first player to opt out of the 2020 season.

Cain informed Brewers manager Craig Counsell and president of baseball operations David Stearns of his decision on Friday night, hours after the home opener was postponed after two members of the St. Louis Cardinals tested positive for COVID-19.

“This is something that Lorenzo had been thinking about and discussing with his family for some time,” Stearns said during a video conference with reporters Saturday afternoon. “This is the first time he had brought it to our attention, but as we understood the decision and understood the decision-making process it’s something that’s been on his mind. And, ultimately, he believes this is the right thing for him to do and we understand that.”

In his own statement released Saturday night, Cain thanked the Brewers for their support.

“With all of the uncertainty and unknowns surrounding our game at this time, I feel that this is the best decision for me, my wife, and our three kids,” Cain said. “The Brewers organization was very understanding and supportive of my decision, and I thank them for that. I wish all of my great teammates the best of luck this season and look forward to getting back on the field in 2021. Please stay safe.”

Cain, 34, and his wife, Jenny, have three sons: 7-year-old Cameron; 4-year-old Jayden; and 3-year-old Landyn. Neither he nor his family had any underlying health conditions that would make them high-risk candidates.

“It’s a tough situation,” he said early in summer camp. “For the most part, my kids are pretty healthy so that makes it a little bit easier, having no underlying conditions or anything. We’re just trying to do what we’re told as far as washing your hands and wearing masks.”

Cain and his family packed up and made the drive from their home in Oklahoma to set up shop in Milwaukee, arriving more than a week before camps officially opened. The extra time allowed Cain to help his family settle in, but also helped him get a jump start on his training regimen as he looked to continue the process of bouncing back from a frustrating season.

After slashing .308/.395/.417 with 30 stolen bases in 2018, he batted just .260 with a .325 on-base percentage, .372 slugging percentage and just 18 stolen bases in 2019. Much of that decline could be attributed to a series of nagging injuries to his thumb, ankle and left knee that hindered him throughout the season and especially over the final month.

Cain, who still managed to win his first Gold Glove award and play 148 games — seven more than he did the year before — refused to use the injuries as an excuse but nonetheless spent his offseason working on conditioning and reported to spring training about 12 pounds lighter, hoping to ease the stress on his legs.

“It’s going to hurt,” Stearns said of losing Cain. “Lo is a big part of this team. From a physical standpoint, he was in a great spot this year. His body felt really good; I think we saw that through summer camp and the first week of the season. He’s in great shape and playing at a really high level right now and we were going to get a really good season out of him, and so we will miss that and the energy he provides.

“We’re also looking forward to getting him back for what will hopefully be a full and complete season in 2021 and we expect him to be in equally good shape.”

With Cain out of the picture, the door opens for hot-hitting Ben Gamel to get more playing time. Gamel, who spent his offseason working on the mechanics of his swing, had a solid showing in spring training and opened eyes with an impressive performance during the team’s summer camp intrasquad series.

He’s carried that over into the regular season, posting a .974 OPS with a triple, home run and four RBIs in four games.

“This provides a really nice opportunity for Ben Gamel,” Stearns said. “He came back from a hiatus in a really good spot with his swing, and he’s going to get a longer look and a bigger opportunity now.”

Cain is the 18th player to opt out of the season and one of the higher-profile members of a list that also includes Dodgers pitcher David Price, Giants catcher Buster Posey and Rockies infielder Ian Desmond.

By electing to opt out, Cain forfeits both his 2020 service time and prorated salary of $5.92 million for the season. When he returns next year, he will have two years remaining under the five-year, $80 million deal he signed in January 2018.

A second round of COVID-19 tests yields four more positive results among the Cardinals.

Mark Attanasio knows there is a delicate balance to navigate and understands the optics of trying to play baseball in the midst of a global pandemic.

The Brewers and Cardinals are now set to play their regularly scheduled game at 6:10 p.m. Saturday and then a doubleheader Sunday afternoon.

Baseball Commissioner Rob Manfred says he's confident his sport can get through the regular season and postseason without being stopped by the COVID-19 coronavirus, though not every club might play all 60 games and winning percentage could be used to determine playoff teams.

The star outfielder is hitting just .037 through six games, all on the road, heading into Monday's home opener against the White Sox.

He moves into a starting role after center fielder Lorenzo Cain's decision to opt out this season due to the COVID-19 pandemic.

Lorenzo Cain, 34, has been with the Brewers since 2018 after spending the previous seven years with the Royals. He also played in 2010 for Milwaukee.