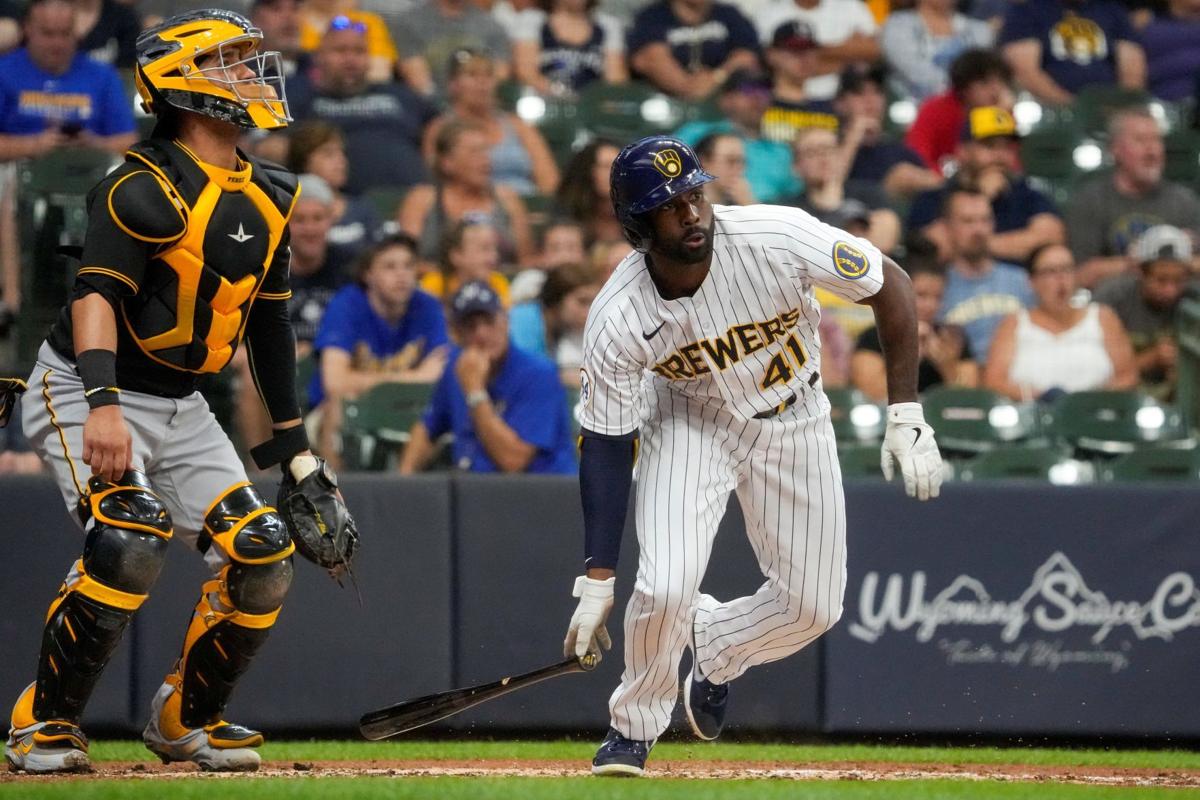 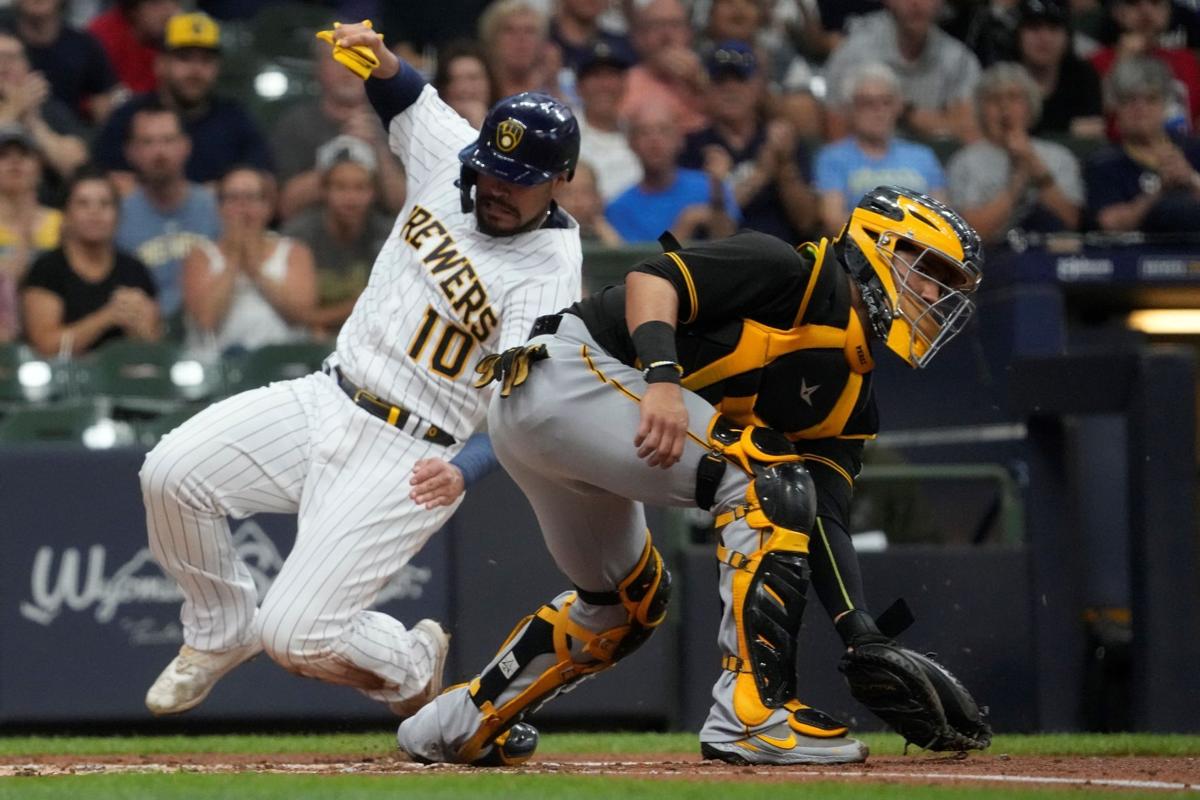 MILWAUKEE — Patience paid off for the Milwaukee Brewers on Friday night.

It helped that they were facing a Pittsburgh Pirates bullpen that couldn't throw the ball over the plate no matter who was pitching.

The Brewers tied a franchise record by drawing six walks in the seventh-inning rally that put them ahead for good. They also walked six times in an inning May 19, 1977, against Toronto and Sept. 21, 2006, against San Francisco.

"I don't think we were nibbling," Pirates manager Derek Shelton said. "I just think we struggled with our command tonight."

Ke'Bryan Hayes hit a two-run homer, and Ben Gamel and Gregory Polanco added solo shots for the Pirates, who lost their fifth straight. Pittsburgh pitchers issued a total of 11 walks.

The Brewers won for the 12th time in 14 games. The Brewers and Chicago Cubs are tied for first place in the NL Central.

"I feel right now we've got a really complete team, a complete group," said Brewers catcher Omar Narváez, who went 2 for 3 and scored twice. "Everybody is trying to do their parts to be good, collectively."

Yelich broke a 2-2 tie by delivering what initially looked like a slow-rolling single up the middle off Clay Holmes (2-1). But Yelich kept running and made it to second for a two-run double.

"Definitely a hustle double, for sure," Counsell said. "Just good baserunning. Out of the box, you could see what he was thinking."

After striking out Avisaíl García and walking Narváez intentionally to load the bases with two outs, Holmes walked Willy Adames unintentionally to extend to Milwaukee's lead to 5-2.

Holmes allowed five runs in one-third of an inning, ending a string of 14 straight scoreless appearances.

"Tonight he just didn't have his best stuff," Shelton said. "I think we've been really spoiled because he's been really good."

Hayes' homer off Koby Milner cut the Brewers' lead to 7-4 in the eighth.

Brewers starter Brandon Woodruff (5-2) gave up the homers to Gamel and Polanco, but allowed only two other hits in a seven-inning stint that brought his ERA to 1.52. He struck out five and didn't walk anyone.

This was the first time Woodruff had allowed multiple homers in a 2021 appearance.

"I knew coming in that this was going to be a tough lineup," Woodruff said. "I know they don't strike out a lot. It's a contact-oriented team. They try to get a lot of action on the bases. I knew that they were going to be aggressive early, and I knew I just had to make some pitches early and just try to get some quick outs."

Josh Hader pitched a scoreless ninth inning for his 15th save in as many opportunities.

Counsell said the initial plan is to see whether Shaw can recover without needing surgery.

Brewers owner Mark Attanasio spoke to reporters before Friday’s game and discussed his excitement over how the team has overcome early season injuries.

“We made the decision three years ago to move these guys into the rotation, and there were some bumps in the road as everyone knew,” said Attanasio, who has been owner since 2005. “This was the hope, that we’d get this trio of guys to come together and to pitch like this, I think they’re three of the top starters in the league. It’s really fun, and maybe the best pitching we’ve had since I’ve owned the team on the whole.”

These two NL Central foes continue their three-game series Saturday. The scheduled starters are Chad Kuhl (0-3, 5.61) for the Pirates and Corbin Burnes (3-4, 1.97 ERA) for the Brewers.

Milwaukee goes scoreless and hitless after the second inning in a 10-2 loss to Cincinnati at American Family Field.