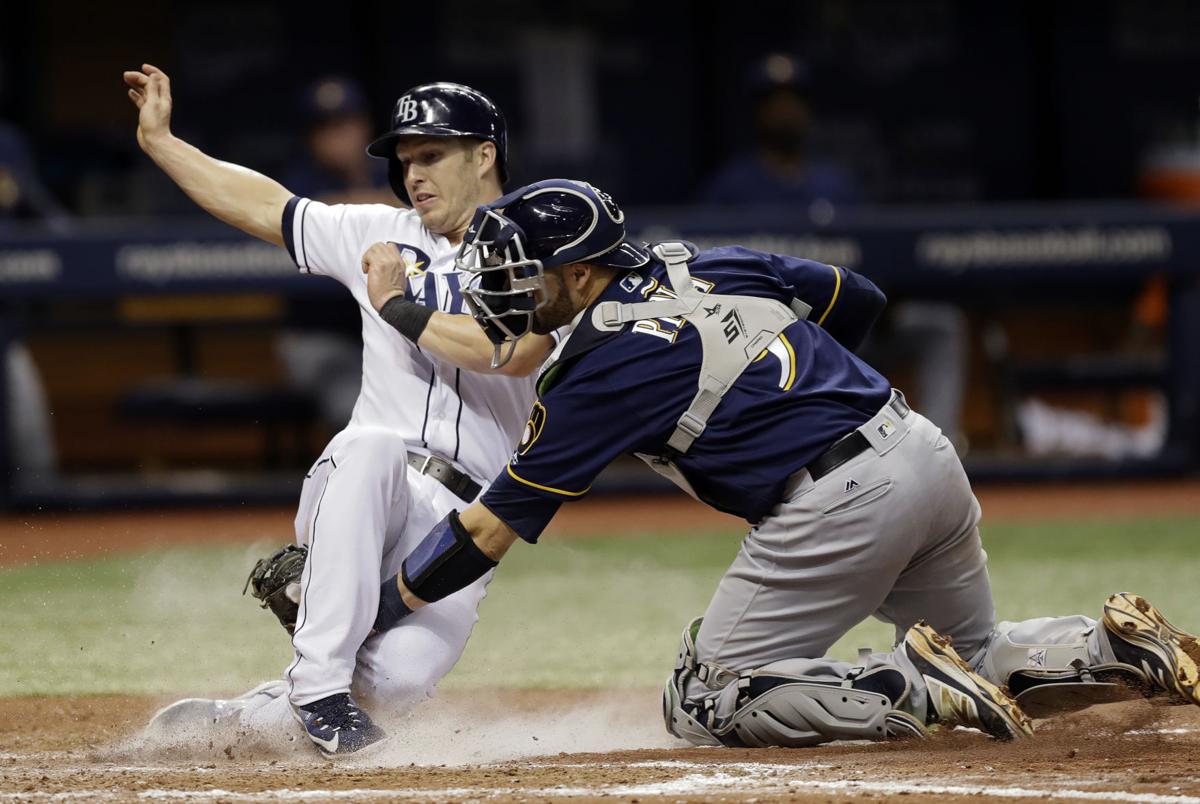 Brewers Manny Pina tags out Rays' Corey Dickerson at the plate during the seventh inning. 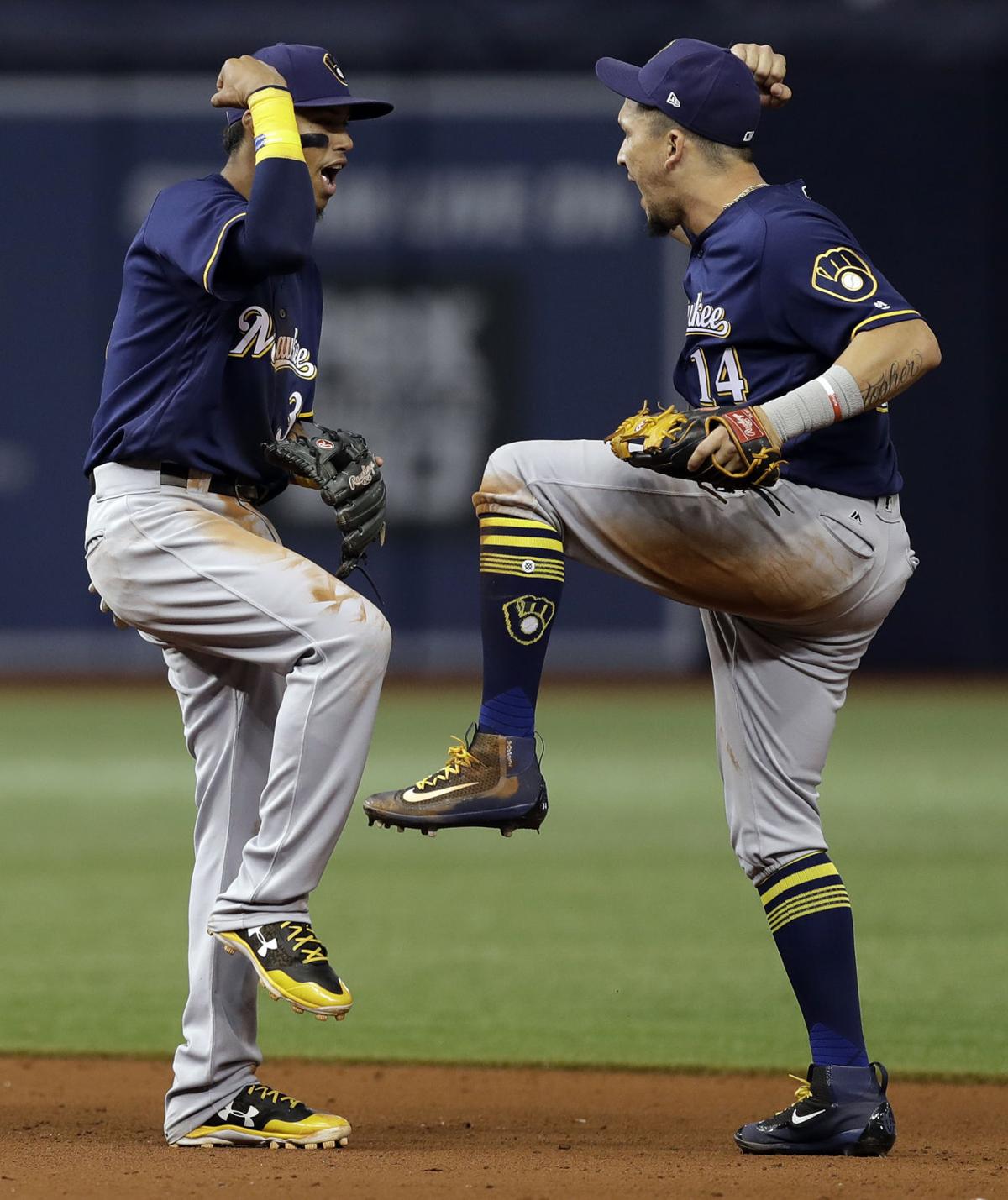 Orlando Arcia, left, and Hernan Perez celebrate after the Brewers' victory against the Rays on Friday night.

ST. PETERSBURG, Fla. — Brandon Woodruff made up for lost time in his delayed debut.

“This is what every kid dreams of, and I’m glad that it happened this way my first time around,” Woodruff said.

Orlando Arcia homered and scored both runs on his 23rd birthday as the Brewers pulled within one-half game of the NL Central-leading Chicago Cubs.

Woodruff (1-0) had been slated to make his major league debut in St. Louis on June 13 but was scratched because of a tight hamstring.

After a stint on the disabled list he made three starts at Class AAA Colorado Springs, throwing a maximum of 69 pitches each time.

“When that happened in St. Louis I was pretty tore up about it,” he said, “but it was for sure worth the wait.”

“What was so impressive to me was the composure that he handled the first two innings with,” Milwaukee manager Craig Counsell said. “He wasn’t getting hit hard but it took him a while to get into the rhythm of the game and I thought he handled himself really well in those tough spots.”

Corey Knebel pitched the ninth inning for his 21st save, recording three of the game’s 25 strikeouts.

Arcia’s three hits included a triple off Rays starter Jake Faria in the third and his 10th home run of the season in the eighth. Eric Thames followed the triple with an RBI single.

The Rays left the bases loaded in each of the first two innings and put eight of their first 14 batters on base against Woodruff.

“He got into some jams early on, made some pitches and we couldn’t get that big hit for whatever reason,” Tampa Bay manager Kevin Cash said.

Tampa Bay’s most serious scoring threat came in the seventh inning, when Evan Longoria doubled off reliever Josh Hader with Corey Dickerson on first base. Dickerson was thrown out at the plate on a relay throw by Arcia.

Faria (5-2) gave up one run on four hits while striking out nine batters in six innings.

Brewers right-hander Chase Anderson, who was placed on the disabled list June 29 with a left oblique strain, will begin a rehab assignment on Tuesday or Wednesday.

Davies won five consecutive decisions before having the streak snapped Sunday in a 4-2 loss to the Chicago Cubs.

Cobb won three straight decisions before giving up eight earned runs in three innings during the Rays’ 14-7 loss to the Houston Astros on Monday.

MILWAUKEE — Jimmy Nelson is in the midst of the best year of his career, though the emerging ace of the Milwaukee Brewers had yet to solve the…

The outfielder saves a run with a stellar catch and drives in the go-head run as Milwaukee wins the series.

Jimmy Nelson’s strong outing is for naught after Jacob Barnes gives up a walk-off home run.

Brewers Manny Pina tags out Rays' Corey Dickerson at the plate during the seventh inning.

Orlando Arcia, left, and Hernan Perez celebrate after the Brewers' victory against the Rays on Friday night. 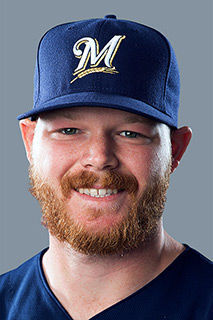