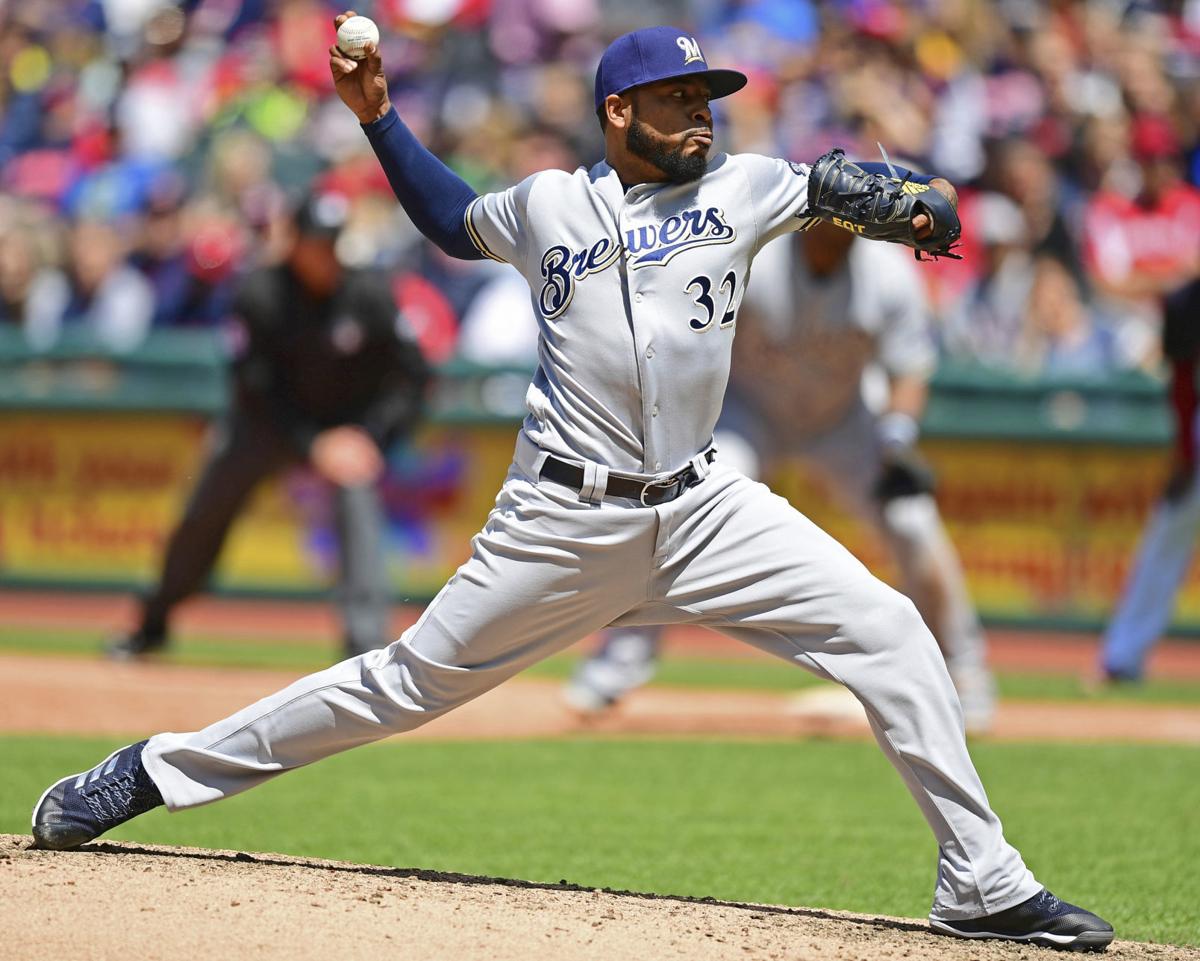 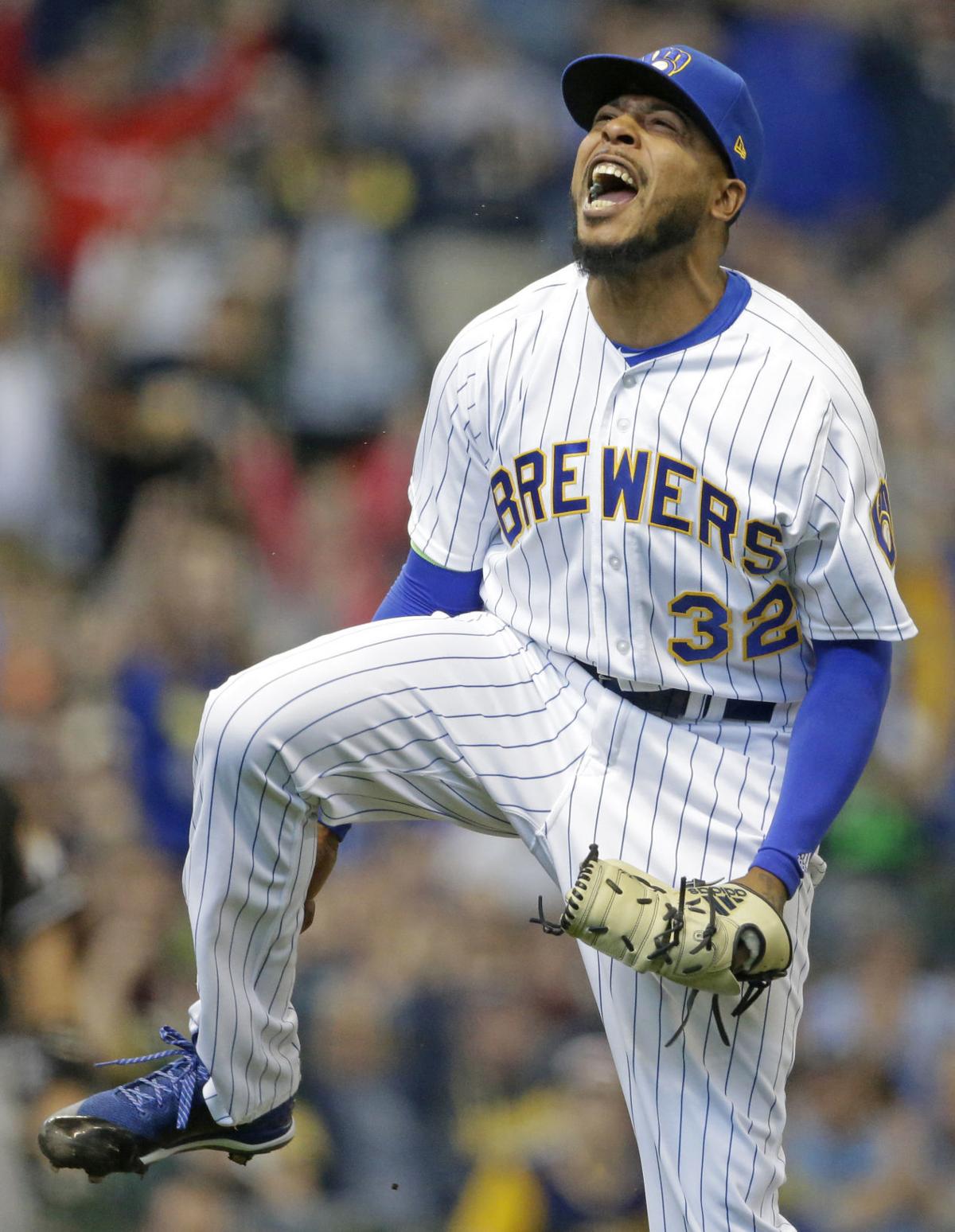 A hard-throwing high school pitcher when Milwaukee selected him with the 16th overall pick in the 2006 draft, Jeffress’ path to the big leagues was stymied by three failed drug tests, the last two of which drew suspensions of 50 and 100 games, respectively.

Jeffress finally made his big league debut late in 2010 but was sent to Kansas City that winter as part of the deal that brought Zack Greinke to Milwaukee. He’d appear in just 27 games over the next two seasons for the Royals, who traded him to Toronto for cash on Nov. 8.

He spent most of the 2013 season in the Blue Jays’ minor league system, which might very well have saved not only Jeffress’ career, but also his life.

He was playing for Class AAA Buffalo when he suffered a seizure, an issue that had plagued Jeffress for much of his adult life. The team sent him to a specialist who determined that Jeffress had juvenile epilepsy.

“If we never figured out what was wrong, I think he could have fallen into a very dark place,” said Joshua Kusnick, Jeffress’ longtime agent. “That was amazing of (the Blue Jays) to do that for him.”

The condition had taken a toll on the then-25-year old. Years of headaches and unpredictable seizures led to increased anxiety which Jeffress tried to manage with marijuana, despite the risk to his career. With the diagnosis, Jeffress was put on appropriate medication and returned to the big leagues that fall, finishing the season with nine scoreless appearances.

When Toronto designated him for assignment after just three outings to open the 2014 season, the Brewers were one of the first teams to reach out. Gord Ash, then Milwaukee’s assistant general manager, offered a minor league deal and Jeffress accepted, hoping to get back on track with the team that drafted him.

He became the team’s closer when Will Smith opened the 2016 season on the disabled list and converted 27 of 28 appearances before Milwaukee sent him to Texas along with Jonathan Lucroy as general manager David Stearns went into full-scale rebuilding mode.

The trade gave Jeffress his first taste of a playoff race but he nearly missed the postseason after an Aug. 26 arrest for driving while intoxicated. He spent a month in rehab, returning for the regular-season finale, and made one appearance in the postseason for the Rangers, who were swept by Toronto in the ALDS.

“He was excited to go there and pitch in the postseason,” Kusnick said. “He felt like he let them down and it crushed him.”

Jeffress never got on track in 2017 and had a 5.83 ERA in 39 games when the Rangers traded him back to Milwaukee for minor league right-hander Tayler Scott. He quickly reverted to form and went 4-0 with a 3.65 ERA in 22 appearances as the Brewers chased a playoff spot.

Heading into the winter, Jeffress made it clear to Kusnick that he wanted to stay in Milwaukee. So much so that he accepted a non-guaranteed, one-year contract — with two team options.

“I’ve done much better here than with other teams. That’s why I wanted to come back,” Jeffress said. “It was a tough winter for a lot of guys but I wanted to come back to Milwaukee if at all possible. I know my contract is not guaranteed but if I do what I know I can do, it will all fall into place.”

And once again, it has. He’s headed to his first All-Star Game after going 6-1 with a 1.34 ERA through 46 appearances.

“For him to be here today shows how hard he’s worked, and how he’s improved in all areas of his life,” said outfielder Lorenzo Cain, one of five Brewers on the NL roster. “I’m happy for him. I’m glad he’s here and I’m going to enjoy this experience with him.”

Josh Bell wins the finale of the five-game series with a two-run walk-off double for the Pirates in the 10th inning, dropping Milwaukee 2 1/2 games behind the Chicago Cubs.

Starling Marte and Gregory Polanco twice hit back-to-back home runs Saturday, and the Pittsburgh Pirates swept a doubleheader, 2-1 and 6-2, over the Brewers, who fell 1 1/2 games behind the Chicago Cubs in the NL Central.

Pirates send slumping Brewers to 4th loss in 5 games, back into tie for 1st in NL Central

The Pittsburgh Pirates sent Brewers starter Junior Guerra to his worst game of the season and rolled to a 7-3 victory Friday, beating Milwaukee for the second straight night.

Brewers' Christian Yelich: Manny Machado would be a 'great addition' for any team

Machado, who will bat seventh and start at shortstop for the American League on Tuesday, is batting .315 with 24 home runs at the break.

The all-or-nothing All-Star Game mirrored what baseball has become.

Could one of these 10 pitchers land with the Milwaukee Brewers?

From aces to closers, pitchers will be on the move this month. 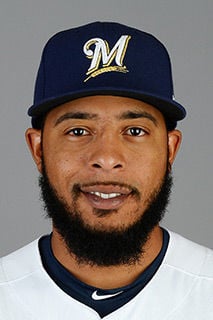