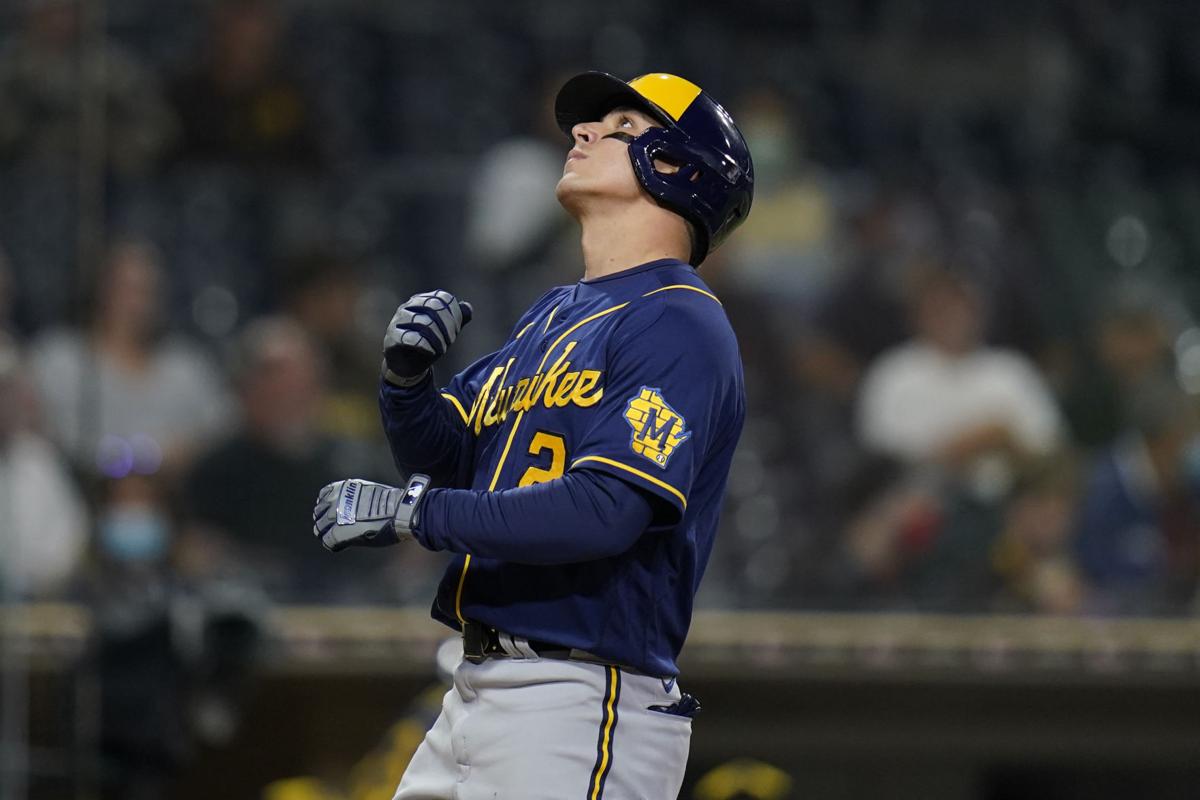 SAN DIEGO — Brandon Woodruff and three relievers combined on a two-hitter and Luis Urias homered in his return to Petco Park before leaving with an injury as the Milwaukee Brewers beat Joe Musgrove and the San Diego Padres 3-1 Monday night.

Billy McKinney also homered off Musgrove (2-2), who set a career-high with 13 strikeouts in his first home start since throwing the Padres' first no-hitter on April 9 at Texas. The big right-hander, who grew up in suburban El Cajon, is 0-2 since throwing the no-no.

Pinch-hitter Tyrone Taylor, who is from the Los Angeles area and had several family members and friends at the game, hit Milwaukee's third homer of the night, off Drew Pomeranz, leading off the eighth.

"Maybe that was one of the first times they've gotten to see him play in person," manager Craig Counsell said. "For both of those guys it's always a great spot. When you get traded from a team, you want to say, 'You made a mistake.' I think that's natural, it's what you should feel as a player.

"Even if you say you don't, there's still a little bit of that in there. Happy for Luis and then for Tyrone, in front of some family on a big hit, that's pretty cool."

Urias, who played with the Padres in 2018-19, was back at Petco Park for the first time since being traded to Milwaukee along with left-hander Eric Lauer for outfielder Trent Grisham and starter Zach Davies on Nov. 27, 2019. The Padres sent Davies and four prospects to the Chicago Cubs for Yu Darvish and Victor Caratini on Dec. 29.

Urias left with a cramp in his calf in the fourth.

"To be honest I didn't even enjoy it because I could feel the cramp running around first base," Urias said. "Obviously it feels pretty good for my team to have won, especially for Woodruff, he got the win.

"I told myself, 'You've got this one,' because it felt pretty good and then I saw the right fielder going after the ball and I kind of wanted to go harder and that's when I felt it," he added.

Taylor said his homer "was sick. I don't have a good memory so I can't really think of many moments that are better than that one, but right now I know that this feels good and I'm glad we came away with the win."

He pointed at his family and friends as he rounded first. "I'm sure they were as pumped up as I was," he said.

Musgrove made just two mistakes and both went over the right field wall. Urias homered on Musgrove's first pitch of the third, his second, to tie the game at 1. McKinney homered with one out in the fifth for a 2-1 lead. It was his first.

Musgrove allowed two runs and four hits in seven innings while walking one. His previous career high for strikeouts was 11 against St. Louis on Sept. 20 while he was with Pittsburgh. He was traded to his hometown Padres on Jan. 19.

"My stuff felt pretty sharp," Musgrove said. "I'm more impressed with Woodruff's performance. I knew what I was getting into going into this outing. Those guys have been on a tear as a starting rotation."

Musgrove also caught a liner right back at him by Jackie Bradley Jr. in the sixth.

Woodruff (1-0) held San Diego to one run and one hit in six innings, struck out seven and walked three. The only hit he allowed was a single by Jake Cronenworth in the first, one batter before Fernando Tatis Jr. hit an RBI groundout.

J.P. Feyereisen walked one in the seventh, Brent Suter gave up a single to Caratini in the eighth and Josh Hader pitched the ninth for his second save.

2B Kolten Wong (left oblique strain) is with the team and eligible to come off the 10-day injured list on Tuesday but likely won't be activated until a weekend series at Chicago, Counsell said.