NEW YORK — Baseball Commissioner Rob Manfred says there might be no major league games this year after a breakdown in talks between teams and the players' union on how to split up money in a season delayed by the COVID-19 coronavirus pandemic.

Two days after union head Tony Clark declared additional negotiations futile, Manfred reversed his position of last week when he said he was “100%” certain the 2020 season would start.

Deputy Commissioner Dan Halem sent a seven-page letter to players' association chief negotiator Bruce Meyer asking the union whether it will waive the threat of legal action and tell MLB to announce a spring training report date and a regular-season schedule.

These were just the latest escalating volleys in a sport viewing disagreements over starting the season as a preliminary battle ahead of bargaining to replace the labor contract that expires on Dec. 1, 2021.

“It’s just a disaster for our game, absolutely no question about it,” Manfred said during an appearance on ESPN. “It shouldn’t be happening, and it’s important that we find a way to get past it and get the game back on the field for the benefit of our fans.”

Spring training was stopped because of the pandemic on March 12, two weeks before opening day, and the sides reached an agreement March 26 on how to revise their labor deal to account for the virus.

Since then, the hostility has escalated to 1990s levels as the sides exchanged offers. MLB claims teams can't afford to play without fans and pay the prorated salaries called for in the March deal, which included a provision for “good-faith” negotiations over the possibility of games in empty ballparks or neutral sites.

“The proliferation of COVID-19 outbreaks around the country over the last week, and the fact that we already know of several 40-man roster players and staff who have tested positive, has increased the risks associated with commencing spring training in the next few weeks,” Halem wrote in his letter to Meyer, which was obtained by the AP.

Halem sent Meyer a letter with a sarcastic tone Friday accompanying MLB's latest offer, and Meyer responded with a hostile timbre Saturday as the sides memorialized positions ahead of a possible grievance before the panel chaired by independent arbitrator Mark Irvings. Halem's letter Monday asked the union for many clarifications of its positions.

“I note that both the NBA and NHL, two leagues which you repeatedly reference in your letter, do not intend to resume play until about Aug. 1, and both intend to resume play at a limited number of sites with a quarantine approach,” Halem wrote. “Please let us know the association’s views on quarantining players in league-approved hotels (like the NBA’s Disney World model) when they are not at the ballpark if conditions worsen over the next few weeks.”

Clark had issued a statement Saturday that told MLB: “It’s time to get back to work. Tell us when and where.” The union then said it might file a grievance seeking additional economic documents and money damages that could total $1 billion or more.

“Players are disgusted that after Rob Manfred unequivocally told players and fans that there would ‘100%’ be a 2020 season, he has decided to go back on his word and is now threatening to cancel the entire season," Clark said in a statement Monday.

“This latest threat is just one more indication that Major League Baseball has been negotiating in bad faith since the beginning,” Clark added. "This has always been about extracting additional pay cuts from players and this is just another day and another bad faith tactic in their ongoing campaign.”

Manfred said ahead of last week’s amateur draft that the chance of a season was “100%.”

He reversed his position Monday.

“I’m not confident. I think there’s real risk; and as long as there’s no dialogue, that real risk is going to continue,” Manfred said on ESPN. “The owners are 100% committed to getting baseball back on the field. Unfortunately, I can’t tell you that I’m 100% certain that’s going to happen.”

Players think Manfred is delaying to shorten the schedule — and their pay.

“So, Rob, explain to us how you can be 100% sure that there’s going to be baseball but not confident there will be baseball at the same time?” Cincinnati pitcher Trevor Bauer tweeted. “The tactic is to bluff with `no season' again and delay another 2-3 weeks."

Halem asked the union for written permission to go ahead with the season.

“Rob Manfred and the owners are walking back on their word...AGAIN,” tweeted Washington pitcher Max Scherzer, a member of the union's eight-man executive subcommittee. “The fans do not deserve this. So I’ll say it one more time, tell us when and where.”

MLB has made three economic offers, the last offering to guarantee players 70% of their salaries as part a 72-game schedule beginning July 14 and increasing the total to 80% if the postseason is completed.

Players previously offered two proposals, holding their position that no additional pay cuts were acceptable beyond the prorated salaries for 2020 that they had agreed to in March. That deal called for $170 million in salary advances and a guarantee of service time credit if no games are played this year.

Manfred had threatened a shorter schedule, perhaps of about 50 games. The union could respond by filing a grievance, arguing players should be paid for the season of 119 games they initially proposed. The union's first plan would result in salaries of nearly $3 billion.

Players are angry following five years of flat salaries, a lost grievance claiming the Chicago Cubs manipulated the service time of star third baseman Kris Bryant in violation of the labor contract and allegations several teams did not properly use revenue sharing proceeds, which the union called “tanking.”

Players hope to see documents detailing regional sports networks' agreements with teams, financial interests of MLB owners in RSNs and real estate ventures adjacent to ballparks, plus MLB affiliated companies such as the MLB Network, MLB Advanced Media and BAM Tech. During a grievance, they would ask Irvings to order document production.

In their March agreement, the sides vowed to “work in good faith to as soon as is practicable commence, play, and complete the fullest 2020 championship season and post-season that is economically feasible, consistent with” a series of provisions.

Absent Manfred's consent, the agreement said, the season would not begin unless there were no travel restrictions in the U.S. and Canada impacting play, no restrictions on mass gatherings at all 30 regular-season ballparks and no health or safety risks in playing in front of fans at the regular stadiums. But it also provided that the sides “will discuss in good faith the economic feasibility of playing games in the absence of spectators or at appropriate substitute neutral sites.”

MLB told the union it would lose an additional $640,000 for each regular-season game played with no gate revenue and does not want to extend the regular season past Sept. 27 because it fears a second wave of the coronavirus could endanger the postseason, when $787 million of broadcast revenue is earned.

Instead of seeing baseball on our television sets, however, all we're getting is a series of proposals and counterproposals, none of which moves the process any closer to a resolution.

It's possible that baseball's owners are so intent on squeezing as many dollars as they can from a shortened season that they are willing to damage their product in the process.

Baseball players appeared likely to propose more regular-season games this year while holding to their demand for full prorated salaries, people familiar with their deliberations told The Associated Press. 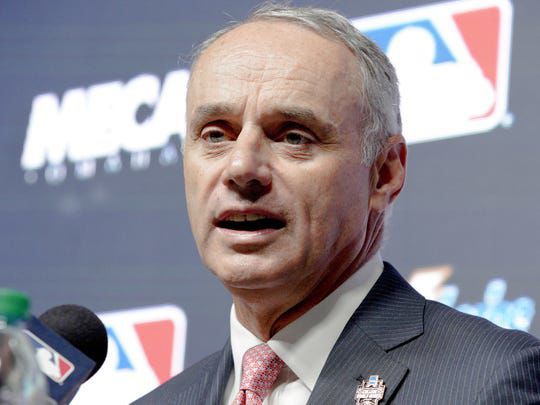 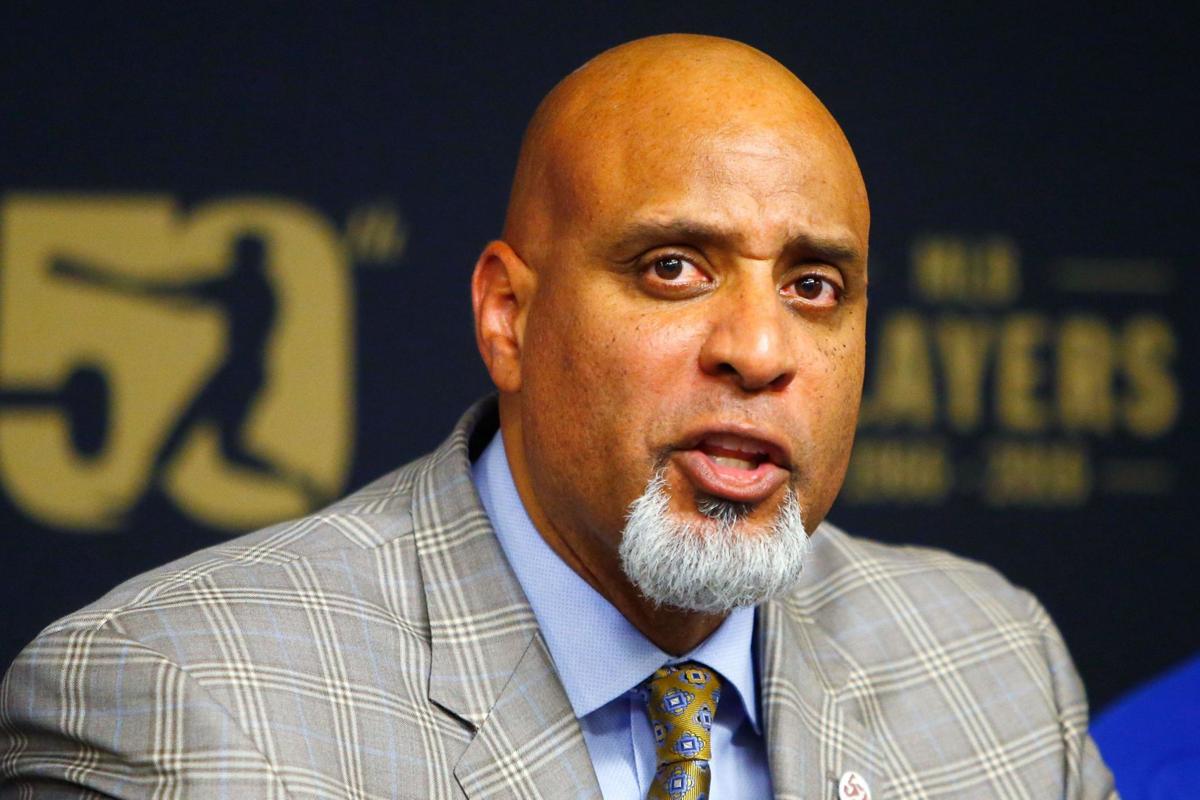