Astros, Red Sox try to move beyond sign-stealing scandal
Share this
{{featured_button_text}}
1 of 3 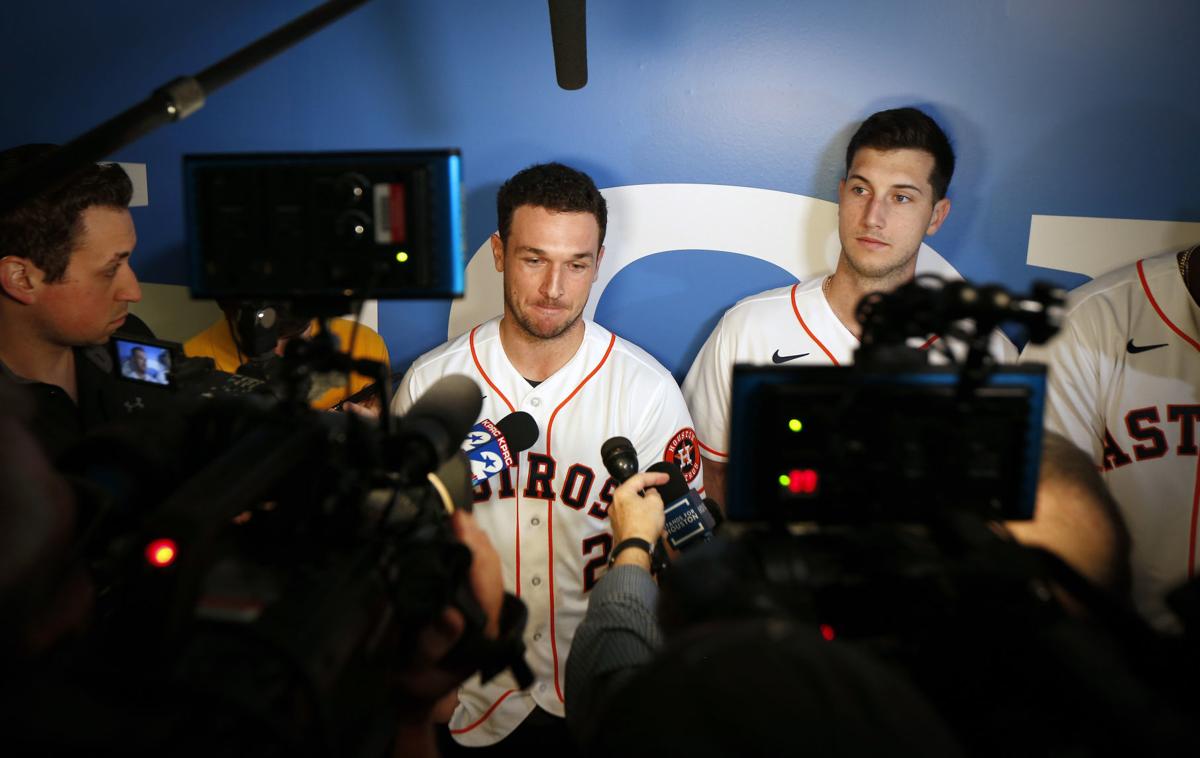 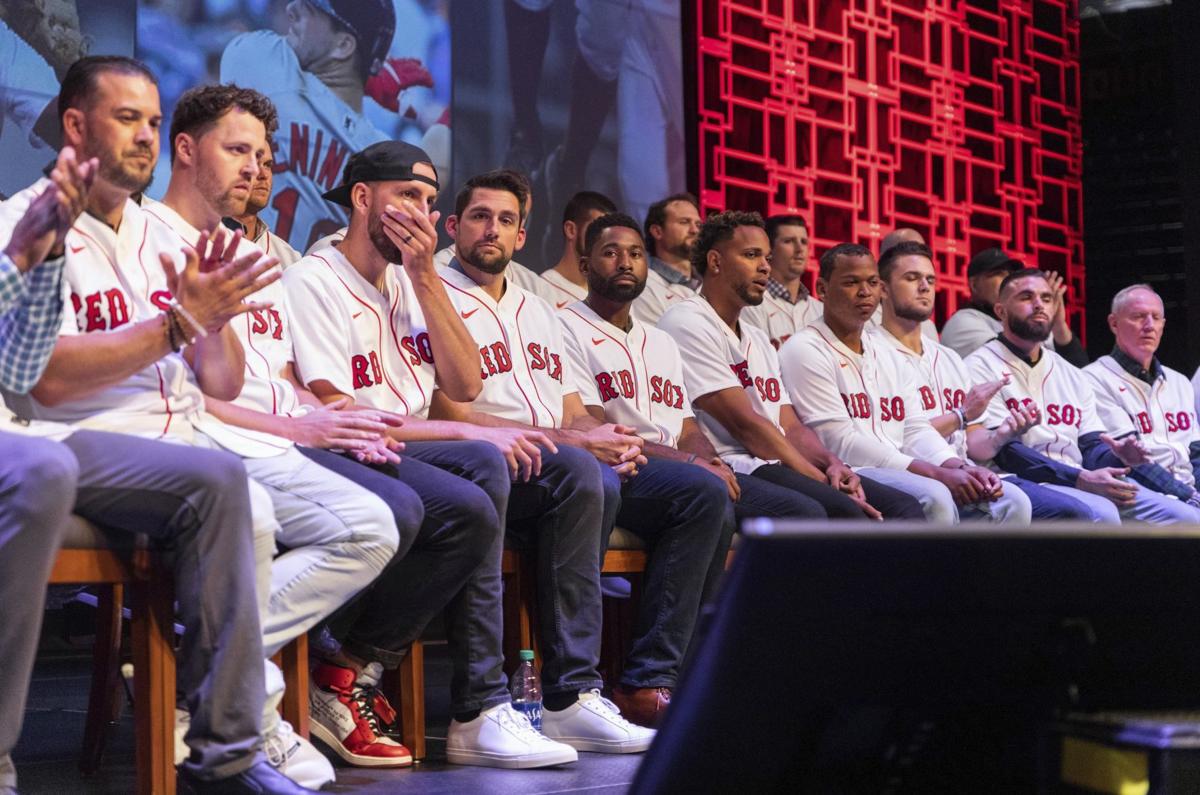 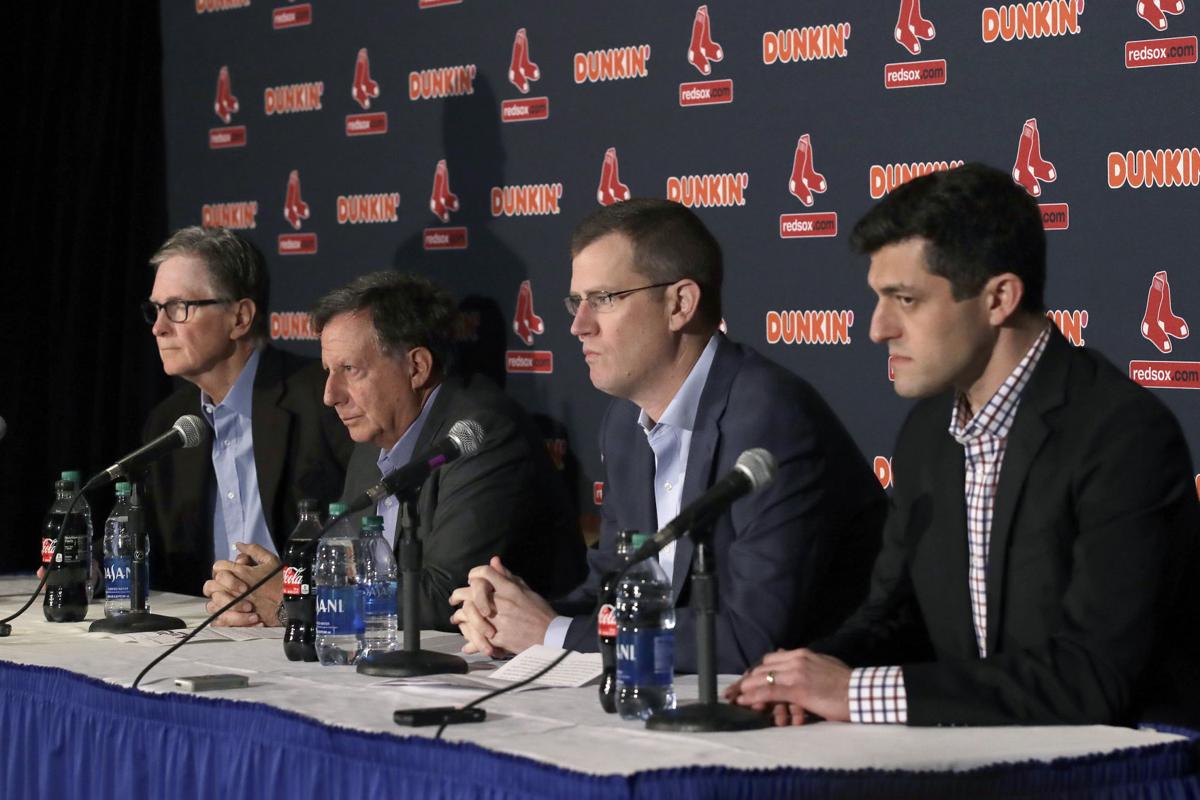 HOUSTON — Players from two teams at the center of baseball's sign-stealing scandal faced their fans on Saturday for the first time since the Houston Astros and Boston Red Sox ousted their managers amid the fallout from the investigation into Houston's elaborate scheme.

"It's a tough situation and as a team we have to stay together and go through this as a team like we've been doing, always," Houston star second baseman José Altuve said. "We have to talk about it at spring training and try not to let things in the past distract us for for next year."

Houston manager AJ Hinch and general manager Jeff Luhnow were suspended for a year by MLB Commissioner Rob Manfred on Monday after he found illicit use of electronics to steal signs during the Astros' run to the 2017 World Series championship and again in the 2018 season. Team owner Jim Crane then fired both Hinch and Luhnow. Manager Alex Cora left the Red Sox on Tuesday after Manfred's report identified him as the ringleader of the sign-stealing scheme when he was the bench coach for the Astros in 2017.

Many Red Sox players talked Saturday about how much they liked and valued Cora and hated to see him go.

"I'm heartbroken about it," Boston designated hitter J.D. Martinez said. "I understood his side of it. He definitely didn't want to be a distraction. He was one of my favorite, if not my favorite, managers I've had."

The Astros were fined $5 million, which is the maximum allowed under the Major League Constitution, and must forfeit their next two first- and second-round amateur draft picks.

The investigation found that the Astros used the video feed from a center field camera to see and decode the opposing catcher's signs. Players banged on a trash can to signal to batters what was coming, believing it would improve the batter's chances of getting a hit.

MLB is also looking into whether Cora installed a similar system in Boston after arriving the following year, when the Red Sox won the World Series. No conclusions have been reached and there is no timetable; the Astros investigation took two months.

Martinez hopes MLB wraps up the investigation into the Red Sox soon so they can put this behind them.

"I'm excited for the investigation to get over with, so they can see there's nothing going on here," he said.

While the Astros were meeting with fans in Houston, Toronto Blue Jays outfielder Randal Grichuk called for MLB take away their World Series championship, now that it's been proven that they cheated.

Many Boston players are trying not to focus on the investigation or what could be coming for the team, but instead simply trying to prepare like it's any other season.

"MLB's going to do what they have to do to look into it," pitcher Nathan Eovaldi said. "I'm just trying to focus on baseball. I feel like it's going to pass, and everything's going to be fine."

While Altuve didn't have a problem answering numerous questions about the scandal, Houston third baseman Alex Bregman refused repeated attempts by reporters to get him to address what happened and kept repeating variations of the same phrase.

"The commissioner made his report, made his decision and the Astros made their decision and I have no further comment on it," Bregman said in some variation again and again.

After being pressed on if he plans to discuss the sign-stealing in the future, Bregman finally gave an answer that didn't seem as rehearsed.

"I think in the 2020 year our actions will speak louder than our words," he said.

Altuve and Bregman were the only two stars at Saturday's fan fest in Houston who were part of the 2017 championship team. Many of the other big names who helped the Astros win their first title, including World Series MVP George Springer, ace Justin Verlander and shortstop Carlos Correa, did not attend the daylong event where fans can interact with players.

Altuve was the AL MVP in 2017, and since the sign-stealing scandal broke, some have questioned whether he deserved the award. In recent days he's also been accused of wearing an electronic device under his jersey to tip pitches, which he vehemently denies. He was asked how it feels for people to call him a cheater.

"You don't want anybody to call you that," he said. "But ... I have two options. One is cry and one is go down and play the game and (perform) and help my team. And you know what one I am going to do."

MLB's investigation of Houston began after former Astros pitcher Mike Fiers, who played for Oakland last season, told The Athletic about the team's scheme to steal signs. Martinez said he has spoken to Fiers and gets why he came forward.

"I understand his side of it, being in that division, going against those guys. It's an uncomfortable position for him, but I understand why he did what he did," Martinez told reporters in Springfield, Massachusetts. "He obviously felt like he needed to and I understand it."

In Houston, as the Astros try to put the scandal behind them and focus on the future, Altuve, who has often been described as the heart and soul of the team, is confident it won't derail the Astros from another successful season.

"Everything will be fine," he said. "We're going to be in the World Series again. People don't believe it. But we will."