Jake Ferguson took a long look at his 2019 season during the extended offseason.

Long in terms of analysis and in terms of length of time — there were a lot of plays to watch.

Ferguson played nearly every snap at tight end for the University of Wisconsin football team, eclipsed only by All-American and Rimington Trophy-winning center Tyler Biadasz in number of downs played. Ferguson’s workload was more necessity than design as injuries plagued the tight end room and left only Ferguson and Cormac Sampson ready to play at the position.

Ferguson saw quickly he’d be playing more than ever, which means blocking often in the UW system. He put on some extra weight in order to handle the punishment, but he admits now it wasn’t good weight to carry.

“I got up to 255 in like a week with just light beer and pizza,” Ferguson said. “That’s the only way I could that fast, and I just held it on there for a while. I was in horrible shape.”

Playing as many snaps as he did while not being in ideal condition led to sub-par plays, and an up-and-down season as a receiver.

Ferguson said this offseason he’s dedicated himself to his nutrition, and he’s around 240 pounds, which he says is about his ideal weight. He’s focused on becoming a more consistent player, and evolving more as a receiving threat after the Badgers lost key weapons in tailback Jonathan Taylor and wide receiver Quintez Cephus.

“There’s going to be opportunities where the tight end has to win,” tight ends coach Mickey Turner said. “I think he’ll have plenty of those opportunities.”

Less could be more

Coming off a redshirt freshman season in which he showed his skills as a receiver, Turner knew things would ramp up for Ferguson as he slid into the No. 1 tight end role. But lack of depth behind Ferguson forced coaches’ hands in keeping him on the field even when his production slipped.

“It put more on Jake’s shoulders. He would’ve been a 40-rep-a-game kind of guy, now he’s getting 70 reps a game,” Turner said. “To ask a young guy to own that much when he’s just kind of getting into the rhythm of playing is a lot.”

Seven games into last season, Ferguson had 20 catches, 242 yards and two touchdowns; he produced only 11 catches, 165 yards and no scores over the final seven games of the year. Four of those 11 catches came in the Rose Bowl loss to Oregon.

Ferguson said the dip in his receiving output was mostly due to his conditioning.

“I don’t think I was taking care of my body like I should’ve. I was dog tired. We’d watch film and coach was very understanding, because it’d be like a 10-minute drive and he’d say, ‘I can see you dog it on the route,’” Ferguson said. “I have a picture in my little man cave in my apartment. It’s from last year and you can see my gut and I’m a little fat. Kind of humbles me every time I walk past it.”

Luke Benzschawel, who retired from football after an injury-plagued career at UW, was an important voice for Ferguson last season and continues to be heading into his junior year. Ferguson said his feedback — good and bad — help him maintain focus between drives and at practice.

Both Turner and Ferguson said reinforcements at the tight end spot are coming, and they’ll help carry the load with Ferguson.

Senior Gabe Lloyd is back from an injury last year; sophomore Jack Eschenbach played well on special teams a year ago and Turner suggested he could contribute; and redshirt freshmen Hayden Rucci and Clay Cundiff have had good starts to training camp.

“I don’t think I’ve been at Wisconsin and we’ve had a full tight end group. We have eight guys right now and it’s awesome,” Ferguson said. “All of them are ready to learn. … If they would’ve had a spring ball, I think every one of them would be ready to play and make an impact.”

Ferguson’s performance in his first two years has been enough to garner the attention of NFL scouts.

He’s in the top 100 prospects in the 2021 NFL draft class, according to CBS Sports, and he’s ranked the 130th overall prospect by The Draft Network.

“He's an impressive receiver who has quickly gained the trust of multiple quarterbacks,” TDN evaluator Kyle Crabbs wrote. “He serves as a safety blanket over the middle of the field and offers plus size and fluidity to snap off against linebackers and create easy targets for his quarterback. There's plenty of upside to his game as a RAC (run-after-catch) threat, too — he's got a bit of wiggle and isn't afraid to drop a shoulder and challenge defenders in space if he feels he doesn't have an exit route.”

Ferguson — who is on the John Mackey Award preseason watch list as the nation’s top tight end — said he’s heard from the outside that his sophomore campaign stood out, but he’s not given his pro potential much thought.

“The main focus is Game 1,” Ferguson said. “Just being able to be healthy until then and get into Game 1 and start playing.”

Turner, who has coached multiple Badgers tight ends who played in the NFL, said Ferguson shares with those pros the desire to execute every detail perfectly. He said the key for Ferguson this season will be to bring that mindset to each play.

“I think it’s just trusting the scheme we put in place for him. If the route calls for 10 yards of depth, you can’t break it at 7 just because you felt like you were open. You can’t throw a shoulder in there on a block when we need you to put two hands on him and hold up for a full pass pro,” Turner said. “He’s shown he can do those things, he knows that’s what he has to do. When the moments come, don’t overthink the situation, because he’s talented enough to win if he trusts it.”

Caught 33 passes for 407 yards and 2 touchdowns. ... Was Badgers’ second leading receiver. … Set career highs with 5 receptions for 77 yards and a touchdown at Illinois on Oct. 19.

Badgers' second-leading receiver with 36 receptions for 456 yards and 4 touchdowns. ... Had 4 catches for 43 yards in debut vs. Western Kentucky on Aug. 31.

UW was one of five Big Ten teams ranked in the poll.

Brandon Peters, Illinois' first returning starter at quarterback since 2016, leads an offense that has also has experience at wide receiver, tight end and on the line. 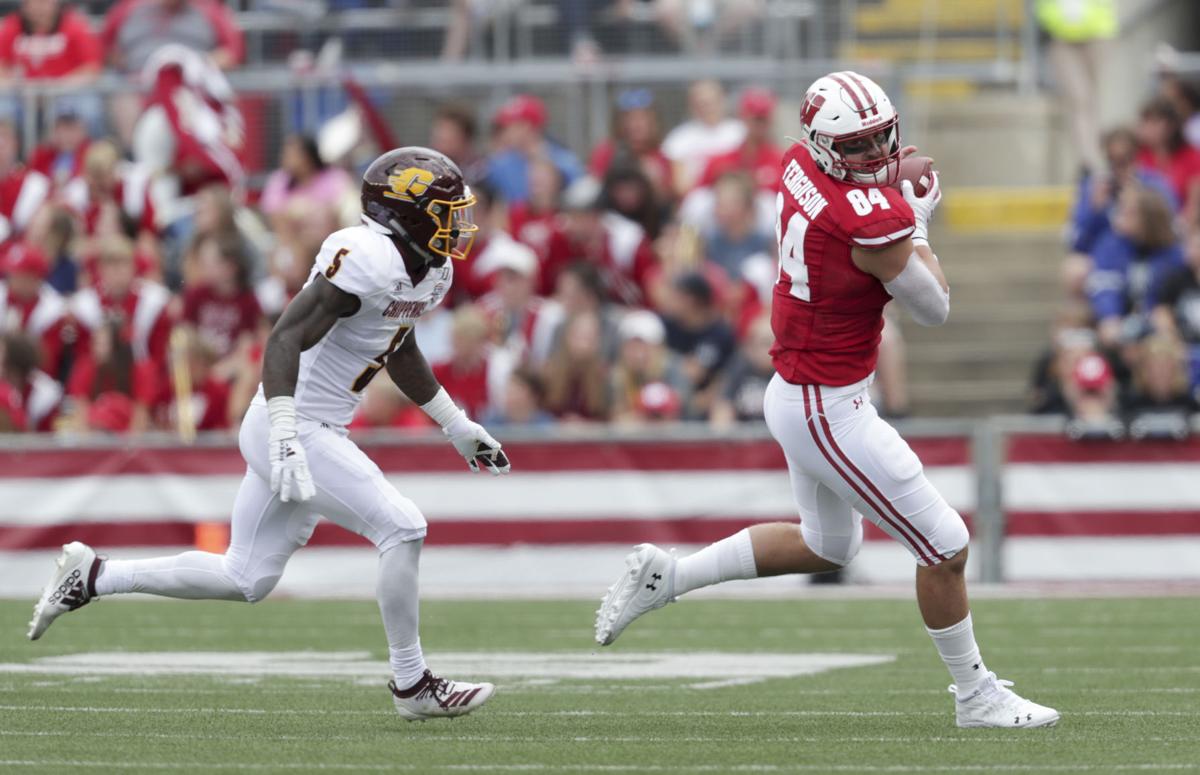 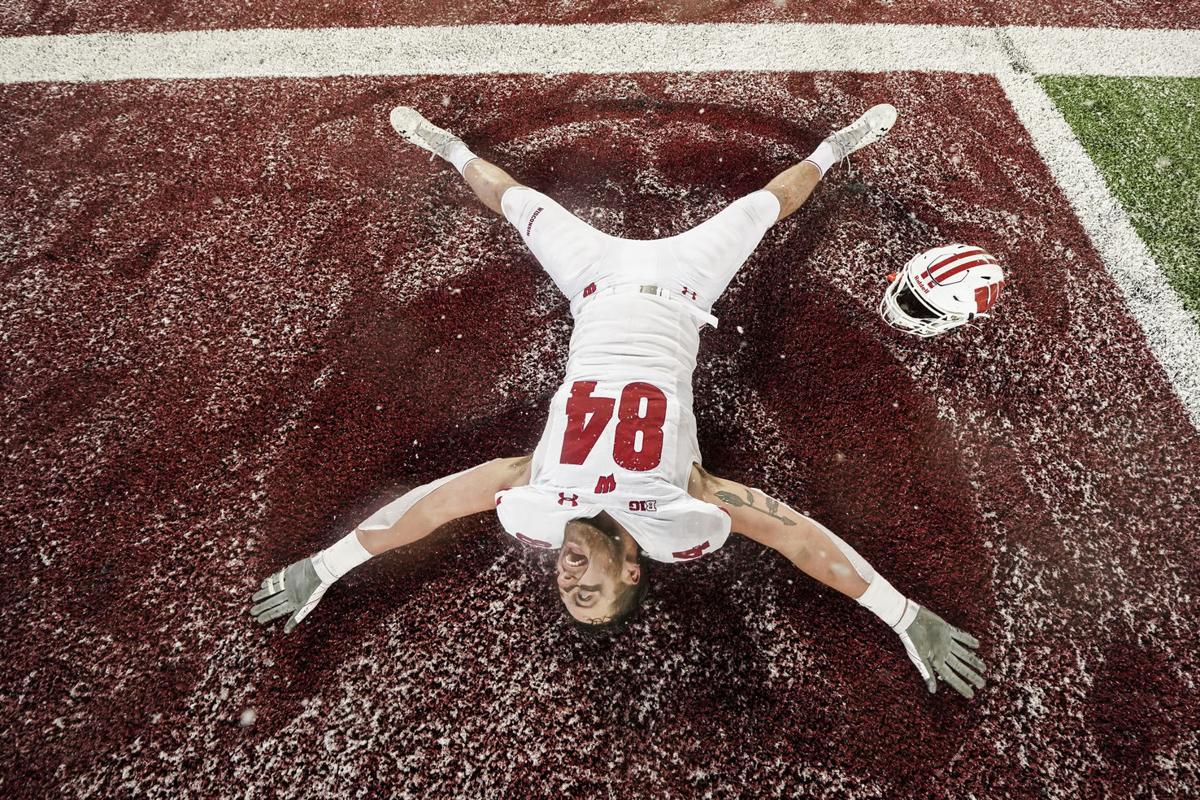 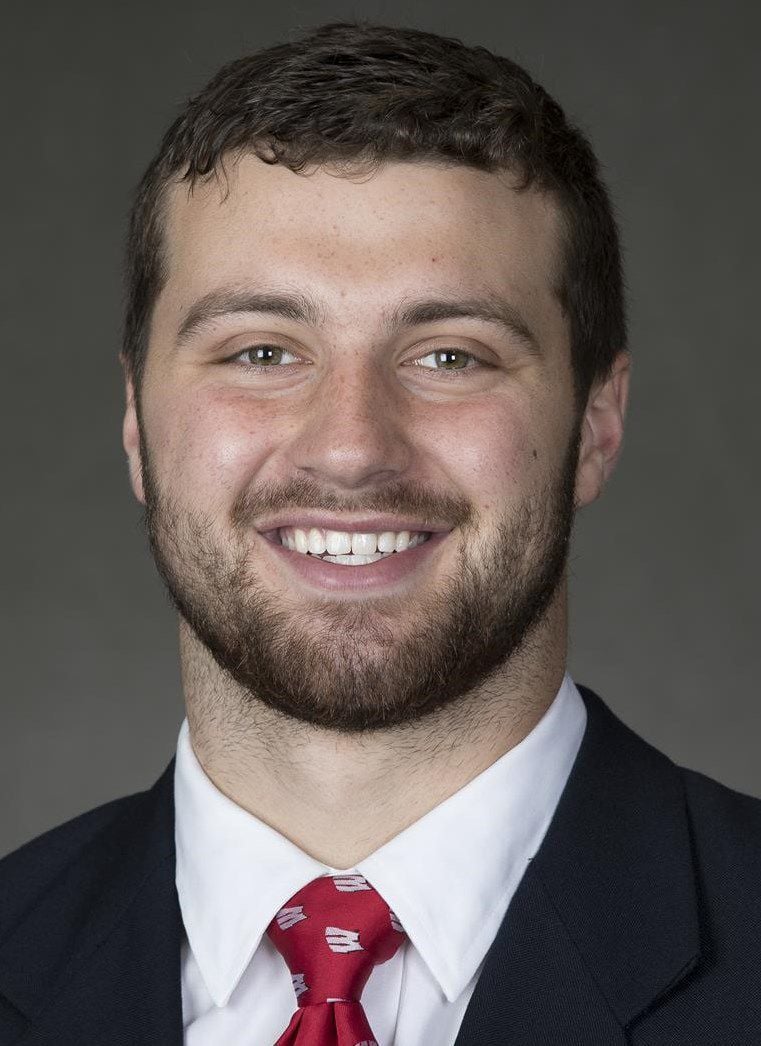