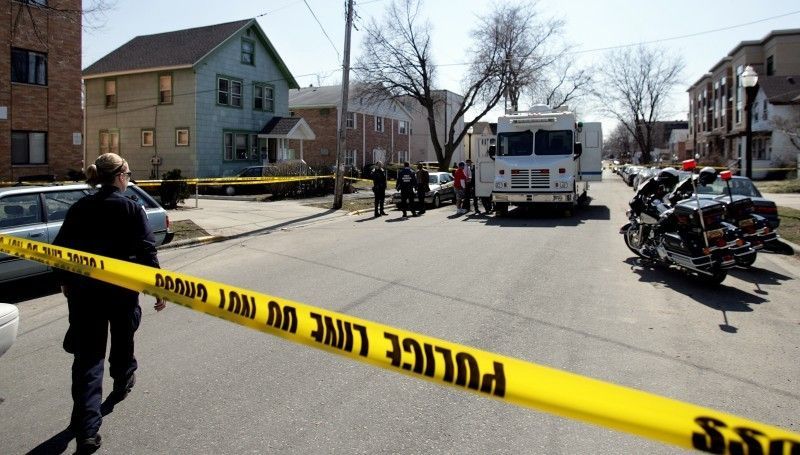 Police closed off the 500 block of West Doty Street on April 2, 2008, the day of Brittany Zimmermann’s slaying. Police say they have DNA evidence from a burglary that occurred three months later that matches DNA from the Zimmermann scene. 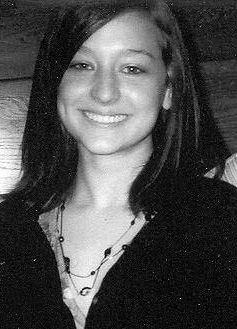 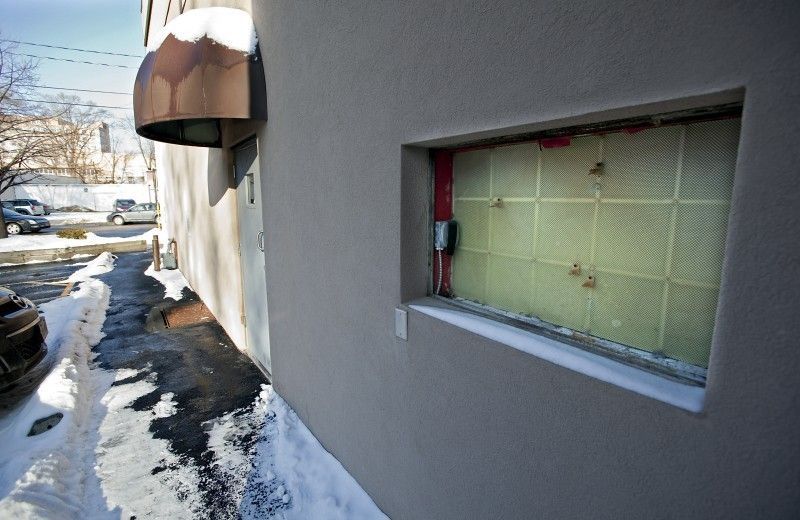 Burglars removed a Plexiglas panel at the Blue Moon Bar and Grill, 2535 University Ave., during a 2008 break-in.

Madison police believe there may be a connection between the unsolved homicide of UW-Madison student Brittany Zimmermann and an early morning break-in at a University Avenue tavern months later involving three Madison teenagers with gang ties, the State Journal has learned.

Assistant City Attorney Roger Allen confirmed there is a "possible connection" between Zimmermann's April 2, 2008, strangulation and stabbing death in her Downtown apartment and the July 9, 2008, break-in at the Blue Moon Bar and Grill, 2535 University Ave.

Police won't say why they think the crimes are linked, and there's no evidence in the available record that any of the teens involved in the Blue Moon break-in were involved in Zimmermann's killing. But a State Journal review of hundreds of pages of police and court records suggests an unknown accomplice to the burglary may have been at the homicide.

The newspaper began its review after the parent of another teen questioned by police in connection with the Zimmermann case told the Wisconsin State Journal that a detective told her DNA associated with the homicide matched DNA from another crime at a local bar. The parent, whose son knows one of the Blue Moon burglars, requested anonymity out of concern for her family's safety.

Police wouldn't confirm the parent's account, or say whether they've matched DNA from the Zimmermann case to any other crimes. Nor would they say if the Zimmermann investigation is focusing on Madison teenagers with gang associations.

The detective who spoke with the parent, David Miller, along with the two other detectives working on the Zimmermann case, Gregg Luedtke and Greg Esser, declined to be interviewed and referred questions to Central District Capt. Mary Schauf.

Schauf said the department "will not discuss any evidence" or "any working theory ... or any persons of interest."

But, in an acknowledgement that the two crimes may be connected, she said records of the Blue Moon break-in, which the State Journal has requested under the state's open records law, were being reviewed first to remove information involving the ongoing Zimmermann case.

Zimmermann was killed after returning from an exam at about 12:30 p.m., after someone forced open the outside door to her apartment building at 517 W. Doty St., said police. They have released few other details about the death of the 21-year-old student from Marshfield.

The Zimmermann investigation was hampered from the start after a call taker at the Dane County 911 Center mishandled a call from Zimmermann's cell phone around the time she was killed. The call taker said she didn't hear a woman scream or sounds of a struggle — which police later said were captured on the recording of the call — and police weren't sent to the scene until Zimmermann's fiance found her body 48 minutes later.

In a second failure the same day, dispatch center personnel misread their recording system and sent police after a false lead for two weeks.

A fingerprint, then DNA

Three months after the Zimmermann homicide, on July 9, 2008, burglars attempted to enter the Blue Moon through a Plexiglas window but failed, according to police and court records. A nearby door was pried open, and a large-screen TV was moved but wasn't taken because it was connected to the ceiling.

A fingerprint found on the window was matched to Spencer L. Hutchins, now 20, who, along with Darrielle L. Banks and Ryan K. Cook, both now 19, admitted involvement in the burglary. The three also admitted to burglarizing three other nearby businesses the same night.

On Sept. 19, 2008, the state Crime Laboratory notified police that a swab of the Blue Moon window turned up DNA. The DNA didn't match any of the three teens — or anyone in a national database, court records show.

In an effort to find the identity of the possible fourth burglar, police also obtained DNA samples from at least three other teenagers and one man in his early 20s who were implicated in the Blue Moon break-in by Banks, according to search warrant filings. None of those four, nor a fifth person also said to have been involved in the burglary, has been charged.

Burglar feared for his life

While Hutchins admitted his involvement in the Blue Moon break-in to police in September 2008, Assistant District Attorney Mary Ellen Karst said Hutchins "obstructed the investigation regarding his co-actors," according to a transcript of his Oct. 14, 2009, re-sentencing hearing. Records show that at an Oct. 1, 2008, court appearance, Hutchins denied that a fourth person was involved in the break-in.

According to the re-sentencing hearing transcript, Hutchins' attorney, Kate Findley, told the judge that prosecutors were "offering consideration if Mr. Hutchins was willing to testify in other matters, which he was not. It basically would have put his life in danger. He was not willing to take that."

The transcript does not elaborate on what matters prosecutors had sought Hutchins' cooperation, and Madison police would not say if it concerned the Zimmermann case. Karst declined comment. Findley did not respond to repeated messages for comment.

Through a Department of Corrections spokesman, Hutchins, Banks and Cook declined to be interviewed for this story.

In response to the State Journal's records request, police released 40 pages of records from their investigations of the break-ins at the three other businesses targeted the night of the Blue Moon incident. Along with the Blue Moon burglary, all remain open investigations.

Police also released the first 54 pages in the Blue Moon investigation, while about 600 more pages are being reviewed for information relating to the Zimmermann homicide or other open investigations, said Capt. Carl Gloede, the department's records custodian.

The records show that Miller and Luedtke interviewed Hutchins for about four hours on Sept. 26, 2008. During the interview, Hutchins said he had taken the drug Ecstasy on at least three occasions and described it as a "mood swing" type of drug that "makes you do things that you thought you would never do."

Hutchins, who eventually named Cook and Banks as participants in the Blue Moon break-in, repeatedly told detectives that he had never been a snitch and he did not want to identify his friends and be labeled as a snitch.

Hutchins, Banks and Cook all have criminal histories, including numerous break-ins, and have known or alleged gang ties, according to police and court records.

On Dec. 27, 2007, Cook was arrested with Kendrick Briggs for operating a vehicle without the owner's consent, court records show. Briggs, 17, a member of the Cuddy Mac Boys street gang, was later convicted of first-degree reckless homicide in the June 9, 2009, gang-related shooting death of 17-year-old Karamee Collins on Madison's Southwest Side.

According to court records, Madison police were conducting surveillance of Cook's residence the night Collins was killed. Cook, Hutchins and another teen were arrested that same night as they returned from burglarizing several businesses in Cambridge with stolen televisions and a safe.

And court records state that Banks — whom Assistant District Attorney Shelly Rusch described as "a single-man crime spree from the age of 12 until the age of 18" — also is an alleged gang member.

At the time of the Blue Moon break-in, Banks was on electronic monitoring after convictions for possessing a firearm as a juvenile delinquent and bail jumping, the records show. Four days before the burglary, Banks cut off his monitoring bracelet and ran off. He was arrested July 12, 2008, after giving a false name while driving a vehicle and was later convicted of escape.

Eight days after the Blue Moon break-in, on July 17, 2008, Hutchins was arrested in North Carolina with two other teens in one of two rental cars they stole days earlier in Middleton, Madison police and court records state. Records show there were two guns in the car.

Hutchins is serving a prison sentence for the Blue Moon and other burglaries. He is scheduled to be released from the Racine Youthful Offender Correctional Institution on Jan. 24 but faces a charge of second-degree sexual assault of a child in Dane County. According to a criminal complaint, in June 2009 Hutchins had sex with a 15-year-old girl who became pregnant and had a baby in February.

Banks is scheduled to be released from the Racine facility Nov. 30, 2011.

‘This isn't just about Brittany'

Kim Heeg, Zimmermann's aunt, said she was unaware of a possible link between the Blue Moon break-in and her niece's slaying.

"All along, we have said someone, somewhere has to know who did this. ... This piece of information supports that," Heeg said. "This isn't just about Brittany. We need support from the community to help us get (whoever is responsible for the killing) off the street."

400 show up to support family of Brittany Zimmermann

About 400 people, some wearing gloves and earmuffs, gathered on UW-Madison's Library Mall on a chilly Saturday morning to show their support for the family of slain UW-Madison student Brittany Zimmermann with their feet.

Police closed off the 500 block of West Doty Street on April 2, 2008, the day of Brittany Zimmermann’s slaying. Police say they have DNA evidence from a burglary that occurred three months later that matches DNA from the Zimmermann scene.

Burglars removed a Plexiglas panel at the Blue Moon Bar and Grill, 2535 University Ave., during a 2008 break-in.