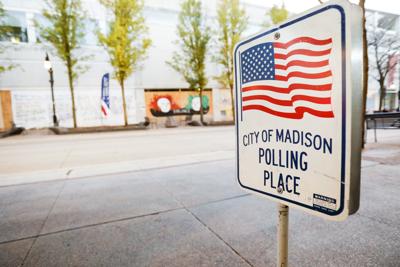 The reason significant voter fraud doesn’t occur in Wisconsin is pretty simple: The potential cost of trying to dupe our democracy is much greater than any potential gain.

Just ask Michael Ray Overall, who contends he unintentionally voted twice in last fall’s election. Prosecutors don’t believe him, saying he registered to vote with a Beloit address just one day after he signed an absentee ballot that was sent to St. Croix County, where he hadn’t lived since 2019.

The 64-year-old, who isn’t saying who he voted for in last fall’s presidential election, faces four felonies in St. Croix County for voting as a disqualified person, providing false information to an election official, registering to vote in more than one place and voting more than once. Each charge comes with a maximum $10,000 fine and 3½ years in prison.

The man’s mountain of legal trouble serves as a stark warning to anyone reckless enough to seek an unfair advantage at the polls. It also should reassure the rest of us that our system of fair elections is being protected.

Even if the courts find Overall suffers from a bad memory, as he claims, and didn’t vote twice on purpose, this much is clear: An extra vote isn’t worth potential prosecution.

Overall’s case is one of 27 possible voting violations that Wisconsin election officials referred to local district attorneys from the Nov. 3 election. That might sound like a lot. But it’s only 27 out of nearly 3.3 million cast for president — a race decided by more than 20,000 votes.

Moreover, in 18 of those 27 cases, prosecutors are not pursuing charges, suggesting intent to commit fraud wasn’t clear.

All of this adds up to a well-run election, despite the conspiracy theories and long-disproven lies that former President Donald Trump and his kowtowing minions in Wisconsin continue to shop.

Rep. Janel Brandtjen, R-Menomonee Falls, called again this week for a “comprehensive forensic examination” of ballots cast in last fall’s presidential election. Brandtjen traveled to Arizona last month to witness the circus of bogus election claims going on there, such as whether bamboo fibers can be found in the paper of ballots to supposedly prove they came from Asia. Even Assembly Speaker Robin Vos, R-Rochester, has joked about that ridiculous notion.

Brandtjen needs to get past Trump’s failed bid for reelection nine months ago and stop wasting taxpayer money on redundant reviews. The votes were carefully counted. Then they were recounted in the Democratic strongholds of Dane and Milwaukee counties and found — again — to be accurate.

Brandtjen’s latest conspiracy theory is that something might have been wrong with election equipment. But state officials already audited election machines following the 2020 vote — as required by a Republican-approved law — and found no significant issues that could have changed the result.

Brandtjen claims “liberal partisan clerks” repeatedly failed to follow state elections laws, but that’s not what our court system — including judges appointed by Republicans — determined. They carefully and repeatedly determined the election was conducted properly.

Here’s another “recent revelation” that Brandtjen sensationally claimed this week is “simply outrageous”: Tens of thousands of new registrations and votes contained a name, driver’s license number or other data that didn’t match the information found in some other government database. She claims they “were subsequently removed from the state system after their votes were recorded.”

The Wisconsin Elections Commission quickly corrected Brandtjen in a statement. Voter data mismatches occur about 5% of the time and are easy to explain. About two-thirds, for example, occur because a name such as “Robert” doesn’t match the shorter variation of “Bob.” Nearly a quarter of the time, the letter or one of the 13 digits in a driver’s license number is entered wrong. Then there are typos.

The nonpartisan Audit Bureau is already reviewing the election. At the same time, Vos is wasting $72,800 of taxpayer money on a superfluous probe while wondering aloud what Brandtjen’s investigation could possibly prove. It’s long past time for state Republican leaders to move on, even if their stubborn and juvenile former president never will.

Wisconsin has a long and proud history of clean elections, and voters take their right and responsibility to vote seriously. Few people would be reckless enough to try to get away with voter fraud in Wisconsin, where elaborate safeguards and stiff punishment serve as effective deterrents.

STATE JOURNAL VIEW: Failing to act will only cost more in lost potential and fractured lives

Jonah Goldberg: Is Trump losing control of the GOP? Don’t bet on it

Donald Trump has had a very bad summer. This has given some people hope that the end of the Trumpian captivity of the Republican Party is with…

Ten months later, somehow, it’s still necessary to put a megaphone on the truth: the 2020 election was free, fair, secure and accurate. This s…

The next generation of NASA astronauts

The next generation of NASA astronauts