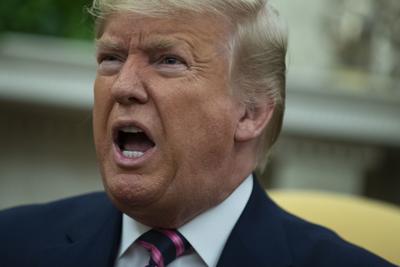 Impeachment seems certain this week in the Democratic-led House of Representatives.

So does acquittal, as soon as next month, in the Republican-run U.S. Senate.

Most of the partisans in Washington made up their minds about President Donald Trump’s guilt or innocence long ago — before hearing all of the evidence against him. He’s accused of abusing power and obstructing Congress, with a split decision from the House and Senate likely to keep Trump in the White House for now.

That means voters — especially those in Wisconsin and other swing states — will decide the president’s fate in November.

We’re not fans of the rude and reckless Republican president. A real estate developer and reality TV star, Trump exhibits little knowledge or curiosity about foreign affairs and public policy. He’s a self-absorbed entertainer. We didn’t endorse him in 2016, nor do we plan to next year.

Nonetheless, leaving Trump’s presidency up to voters is best for democracy, given public skepticism over the House’s rushed impeachment process.

OUR VIEW: Scott Walker is right about federal debt, but wrong to tout gimmicky, dangerous amendment

The evidence also shows the Trump administration held up U.S. military aid to Ukraine and dangled a coveted White House meeting with the Ukrainian president. It appears this was done to prod Ukraine to unfairly accuse Biden at Trump’s behest. It wasn’t until a whistleblower exposed the plot that aid was released, and plans for a Ukrainian announcement were canceled.

President Donald Trump calls every investigation he doesn't like a witch hunt.

The Democrats’ problem in rushing to impeach Trump is their failure to convince most of the public that Trump deserves to be removed from office with an election less than a year away. About 52% of registered Wisconsin voters oppose impeachment, while 40% favor it, according to a Marquette Law School poll last week. Yet 50% disapprove of Trump’s job performance, compared to 47% who approve.

Key figures — including Trump’s former national security adviser John Bolton, who disparaged Trump’s manipulation of Ukraine as a “drug deal” — have refused to cooperate with the House inquiry. Forcing them to testify might require a lengthy court battle.

Fearing a delay could hurt them politically, House Democrats plan to impeach this week. Curiously, Senate Republicans are making a similar calculation, planning a swift dismissal or acquittal next month.

With the GOP reflexively defending Trump, a better path for Democrats would be to censure the president. Censure would warn future presidents not to enlist foreign governments in U.S. elections or stonewall Congress. Trump ordered his executive branch not to cooperate with the inquiry, though some officials defied him. Censure would force Republicans to vote on whether Trump was wrong, not whether he should be removed.

We’re confident most voters have had enough of Trump’s divisive, incompetent, racist and xenophobic behavior. Key to removing him from office isn’t impeachment. It’s for voters to stay informed and have their say in November.

Baltimore Sun: As military academies investigate student hand signs, the way the OK gesture became a symbol of hate should be a warning to us all

President Andrew Johnson has finally taken a step which seems to render impeachment a necessity. He openly sets the laws of the country at defiance.

Dallas Morning News: The internet is 50 years old. Will we survive the next 50 years?

The challenges include regulating across borders, assessing veracity of information

Sunday's State Journal editorial, "Trust voters to end sad Trump era," was informative to me, giving the option of censure. But that wouldn't …

Hands on Wisconsin: Republicans and Democrats have made up their mind on impeachment

Jonah Goldberg: We have two moon parties, no sun party

Here’s a theory for why our politics are so confusing these days: Neither party wants to be a majority party.

Hands on Wisconsin: Impeachment is just what Democrats wanted for Christmas

The Democratic-controlled House has impeached President Donald Trump. Despite the historic nature of the action, it will have little effect, s…

During the purges of political enemies that claimed millions of lives in the Soviet Union, Joseph Stalin's secret police chief, Lavrentiy Beri…

Jonah Goldberg: If this has been a super decade, why are we still so angry?

A strong case can be made that things are getting better.

CHICAGO — I’m starting to wonder if Donald Trump, bestselling author of “The Art of the Deal,” just isn’t very good at making deals. His presi…

Looking back at key foreign policy events of 2019, a line from Bob Dylan’s “Ballad of a Thin Man” popped into my head: “Something is happening…

S.E. Cupp: Hunter Biden is a trap, so Democrats must tread carefully in the Senate trial