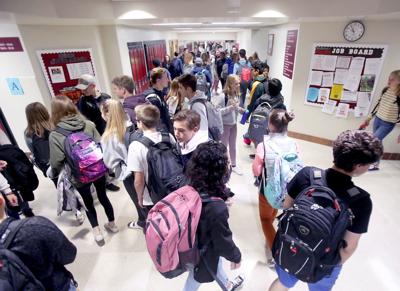 That’s what a bill seeking to ban “critical race theory” would do. And that’s why Gov. Tony Evers should veto this misguided proposal if it reaches his desk.

For decades, critical race theory was a little-known approach to interpreting laws in graduate and law schools. It posits that racial bias is embedded in America’s legal systems and policies.

But over the last year, this mostly academic theory has become increasing political, hotly contested and often misunderstood. With former President Donald Trump leading the charge, many conservatives have alleged critical race theory is running rampant in local schools, indoctrinating young people to hate their country and feel guilty if they are white.

A conservative law firm recently objected to a Black educator in Middleton telling middle schoolers about his family’s involvement in the civil rights movement, for example. A parent alleged the educator had promoted “violent revolution.” That was a stretch. The personal talk appeared to prompt a thoughtful conversation, making history come alive for students.

Yet the Wisconsin Institute for Law and Liberty cited the incident in a report urging state action, and a handful of state lawmakers have now responded. Assembly Bill 411, sponsored by Rep. Chuck Wichgers, R-Muskego, and Sen. André Jacque, R-De Pere, doesn’t use the phrase “critical race theory,” but the intent is clear. It would forbid stereotyping and any suggestion in classrooms that one race or sex is superior to another, or that people should feel guilty for past acts committed by people of their race or sex. Another provision forbids criticism of merit-based systems and a hard work ethic as oppressive.

While some of the language sounds innocuous, it’s unclear how the wording would be interpreted and enforced. The bill includes a potential 10% cut in state school aid for districts that violate its provisions, and it encourages parents to nitpick lesson plans and potentially file lawsuits. Significantly, Wichgers and Jacque haven’t identified any documented examples of school discussions their law would forbid.

So what is the point here, other than firing up their political base to a provocative and inflated cause?

Republicans also should worry about how such an ambiguous law might be applied to conservative speech in schools.

A white social studies teacher in Burlington was placed on paid leave after he messaged students about his participation in the Jan. 6 protest in Washington against President Joe Biden’s election. The Burlington teacher wrote on a school website that he was “standing up for election integrity and our right to vote in fair elections.”

The teacher didn’t participate in the riot at the Capitol. Nor did the teacher commit any crimes or violate school district policy, a district investigation determined, though he should have been more professional. Rather than discipline, the teacher received additional training.

That’s a much better result than having state lawmakers or judges — based on an vague law — second-guessing and micro-managing what educators say and do in the classroom. Free inquiry and space for differing views is a hallmark of American public education and civic life.

The Burlington teacher should have stressed to students that no evidence of widespread fraud has been found that could have changed the outcome of the 2020 election results. Biden won, and Trump lost. The fair election is over.

Yet the Burlington teacher delivered at least one important lesson: “Don’t live in a bubble,” he told his students. “You’re already in one if you’ve blocked friends who disagree with you on social media, all the trusted people in your life are ideologically aligned, you only receive news from agreeable sources, you refuse to discuss or respect political differences.”

Rather than searching for offense in classrooms, state lawmakers should trust local school boards, teachers and students to foster open discussions — including about race and racism. Students need to know the hard and disturbing truth about slavery, segregation, the Tuskegee experiment and the Tulsa massacre, for example. They need — and want — to study current events, such as the police killing of George Floyd.

Our nation has many flaws and challenges. It also has made lots of progress, thanks to the freedoms we enjoy.

Teaching our nation’s history — the good, bad, ugly and inspiring — is critical. Trying to ban “critical race theory” is not.

The voice of my Afghan friend phoning from Herat was trembling.

San Diego Union-Tribune: Time for US to give full OK to virus vaccines

Jonah Goldberg: Anti-vax hysteria is anything but pro-life

On a recent flight from Texas to North Carolina, a woman came so unglued that she tried to open the plane’s door. The flight crew had to bind …

South Florida Sun Sentinel: Sending troops into Haiti is not the answer

David Olson: Report on social studies standards in Wisconsin gets an incomplete

Though the Fordham Institute recently awarded Wisconsin an “F” for our K-12 history and civics standards, the report itself deserves an “incom…

Because of an ad in the closely fought Virginia governor’s race, the brilliant novel “Beloved” by Toni Morrison, the late Nobel laureate, is s…

STATE JOURNAL VIEW: Police are still at East High School most days, they just don't know the students and can't get ahead of trouble -- that n…

Jonah Goldberg: What do inflation and critical race theory have in common? More than you might think