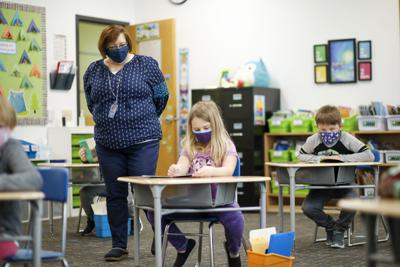 Most Democrats and two Republican leaders in the state Senate agree that important information about local government decisions must stay conspicuously in front of the public.

That’s some bright news for Sunshine Week, which starts today. Sunshine Week highlights the need for governments at all levels to be transparent when conducting the public’s business. Open records and meeting requirements protect our democracy and the public’s right to know what elected officials are up to.

Sen. Howard Marklein, R-Spring Green, co-chair of the Legislature’s budget committee, and Senate President Roger Roth, R-Appleton, wisely voted against Senate Bill 55 last month. This misguided bill would allow municipalities and school boards to bury their meeting minutes on hard-to-navigate government websites, rather than publishing them in widely read newspapers and on news websites, which operate independent of government.

The Wisconsin Newspaper Association also publishes all of the meeting minutes from across the state on a searchable website that anybody can use for free. The site, wisconsinpublicnotice.org, makes it easy for citizens to track school and municipal actions — some of them pending — and to verify that local governments are notifying the public as required by law.

Joining the GOP leaders in opposing SB 55 were most Democratic senators, including Melissa Agard of Madison, Jon Erpenbach of West Point, Janis Ringhand of Evansville, and Kelda Roys of Madison — all of whom represent parts of Dane County.

Congratulations to these public servants for defending transparency in local government. Unfortunately, the full Senate approved and sent the bill to the Assembly, which should reject it. Rep. Tony Kurtz, R-Wonewoc, withdrew his cosponsorship of the bill earlier this month, which his constituents should appreciate. Rep. Lisa Subeck, D-Madison, should do the same.

Proponents claim SB 55 would save the public money because local governments could stop paying for public notices in local newspapers. But the amount spent is tiny at a rate set by the state.

Sen. Dan Feyen, R-Fond du Lac, author of the bill, likes to cite the $4,400 his local school district could save if it didn’t have to publish its meeting minutes in the Fond du Lac Reporter. But that expense works out to just 0.002% of the district’s budget, and less than a dime per district resident each year.

That’s well worth being able to see — in a prominent and searchable way — how the local school district is spending people’s money and educating their children. The same is true across Wisconsin.

The public’s right to know demands close attention and protection to avoid unwarranted secrecy, which leads to bad decisions and government waste.

UW-Madison Chancellor Rebecca Blank was caught last week suggesting to fellow Big Ten leaders that they share information about COVID-19 on a private portal. She also joked about universities officials talking on the phone a lot, presumably to avoid creating written communication that the public could access through open records requests.

Another pressing concern is safe access to public meetings during the pandemic. Some local officials and even legislative committee chairmen have refused to require masks at crowded meetings to stem the spread of COVID-19. Rep. Treig Pronschinske, R-Mondovi, has even denied requests from fellow lawmakers to participate remotely or virtually if he’s not going to promote a safe work environment. Pronschinske’s stubborn and obnoxious refusal to grant reasonable accommodations also prevents citizens from participating if they’re concerned about contracting the virus.

Other committee chairmen, such as Rep. David Steffen, R-Green Bay, have allowed remote participation. So have Senate leaders. Pronschinske is violating Wisconsin’s open meetings law by not doing the same.

We’ll be featuring commentary throughout the week championing the rights of citizens to stay informed and participate in their democracy. Please share your views and tell your elected officials to encourage government transparency, which saves taxpayers money and leads to better community decisions.

When government fails, it’s the rare public official who says, “Oops. My fault.”

Beware of destructive activities in the state Legislature that could allow local governments to be less open and transparent.

Los Angeles Times: This isn't the reopened school we expected

Classes were delayed too long, and now they will occur in too weak a form

Putin shows the importance of a free press