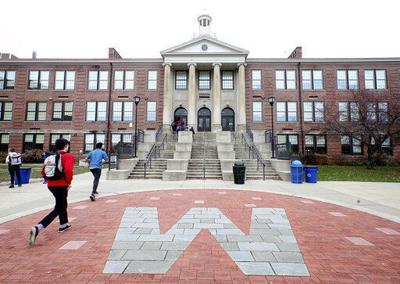 Good. He never should have been fired in the first place.

“I’m back!!” the security guard triumphantly posted on Facebook.

We hope the Madison School District’s common sense is back, too.

The district last week fired Anderson, who is black, for telling a disruptive student, who also is black, not to call him the N-word. The student had used the racial slur and other insults against Anderson.

The district tried to justify firing Anderson — even though he never used the N-word in a derogatory way — by citing a zero-tolerance policy on racial slurs.

“Regardless of context or circumstances, racial slurs are not acceptable in our schools,” West High School Principal Karen Boran wrote to families last week.

She was wrong. Context does matter — a lot.

And not just in the case of Anderson, but also in previous incidents where educators briefly spoke the N-word while reading a book or explaining how language can hurt people.

The district’s zero-tolerance policy definitely needs review and change. Madison school leaders have fired several employees or pressured them to resign in recent years — not for speaking a racial slur as an insult, but for saying it out loud to teach students its meaning or harm.

The district’s policy was well intended, and staff shouldn’t say slurs in virtually all settings. But by ignoring the context of racially charged language, the district was ignoring common sense.

Anderson was the victim, after all. He had the N-word hurled repeatedly at him because he is black. Anderson should have been granted some understanding by his employer for his direct response to say that’s not OK.

Instead, the school sent a message to its employees that the split-second use of a disturbing word could cost them their livelihood and profession — even if they were defending themselves or their students.

By firing Anderson, the district elevated the incident above all of the good Anderson’s colleagues and students say he has done at West as a role model in a school with few staff of color.

Our schools must be welcoming places that reject racism. But they also must allow some flexibility for learning.

The School District was right to reverse course. Now it should keep going to ensure other employees are treated fairly.

Give security guard his job back at Madison school

OUR VIEW: Firing staff even when they are victims of slurs ignores common sense

As a transit operator, it has been my pleasure to transport many minors in this city.

White employees fired from Madison schools should get justice, too -- Greg Smith

I support the black security guard's successful effort to be reinstated as an employee of the Madison School District.

Meghan Markle seems miserable as a British duchess. She should come back to Chicago. (Prince Harry also welcome.)

Esther Cepeda: We have to learn to talk about racism if we want to stop it

CHICAGO — A few weeks ago, I got into what became a heated argument with one of my young students, who was indignant that her teacher flat-out…