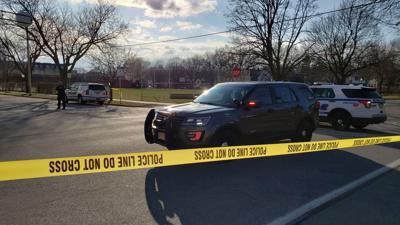 Solving Madison’s alarming rash of gun violence won’t be easy. But this much is clear:

Madison definitely needs to maintain its professional police department for quick responses and investigations into reckless gun play. At the same time, promising efforts to deescalate tension — including the Focused Interruption Coalition, which counsels victims at hospitals and promotes peace between rivals in the streets — deserve renewed support and not further cuts from the mayor or City Council.

Gunfire has killed two people, injured others and pelted at least nine homes and nine cars with bullets over the last two weeks, according to police. Most of the homes hit by bullets were occupied, and some had children inside. In one incident, an empty crib was struck. It’s amazing more innocent bystanders weren’t hurt.

Madison police have counted more than 160 shell cases from the scenes of shootings across the city since June 30, with additional incidents in the suburbs. And that doesn’t include shots from a vehicle Monday afternoon and a gun battle Monday night on the Southwest Side.

“Defunding” or “dismantling” the police — as protesters of police brutality in Minneapolis and elsewhere have demanded for months — won’t help bring to justice those who are shooting up Madison neighborhoods. Our city needs experienced and highly trained police investigators to figure out what happened and help hold perpetrators accountable.

The recent and scary gun violence in Madison appears to involve disputes between individuals and not gang shootings, according to police and community activists.

Besides supporting law enforcement, the city must work to ease conflict during this long, hot summer in which many people have lost their jobs and are restless because of the coronavirus pandemic.

The Focused Interruption Coalition is making a difference. Former offenders with deep ties in the community intervene in times of trauma to comfort victims of violent crime and calm the impulse to retaliate. The impressive program, with peer-support specialists on call 24 hours a day, helped stem deadly violence following multiple gang-related and retaliatory gunshot homicides in 2016.

Mayor Satya Rhodes-Conway and the City Council last year cut FIC’s funding nearly in half, to $225,000. We’re all for scrutinizing spending. But the FIC funding, which reached $409,500 in 2019, was working and must be restored.

The past two weeks of gun violence are unacceptable. Madison and Dane County do a lot to address the root causes of trauma, stress and despair that can lead to assaults. They absolutely should explore more effective ways to prevent people from lashing out.

But the city’s professional and diverse police force deserves support, too. They are the first defense against terrifying gun play. They protect those in harm’s way. They help catch the shooters and discourage further attacks.

Los Angeles Times: California condors pass another milestone on the road to recovery

of scientists prevailing despite setbacks

Ty Babinski: Parents have many online options for school

WEST SALEM — As schools across Wisconsin debate and decide how to reopen this fall, every family should know they have options.

Trump turns his back on the justice system and, ultimately, the American people

If the Trump family had never existed, someone would have invented them.

'At the end of the Trail of Tears was promise,' Justice Gorsuch writes in historic ruling

Mary Battenfeld: 3 lessons from how schools responded to the 1918 pandemic

In response to the State Journal's July 15 editorial, “Scary gunfire is unacceptable and must end,” I am struck by the Journal’s proposal to a…

Not long ago, President Donald Trump was talking about sending active-duty military troops to suppress riots in American cities. That threat b…

Leonard Pitts Jr.: Donald Trump is putting on a show to distract America

We are watching a show. It’s important to keep that in mind.

“Nobody likes me.” — Donald Trump

Joe Biden won’t be showing up in Milwaukee for the Democratic Convention. Donald Trump may give his acceptance speech from the White House ins…