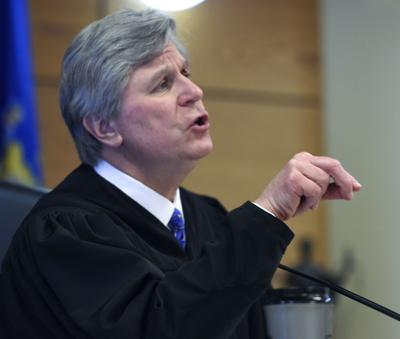 In a disturbing and extraordinary move, a Racine County judge tried to hide a court challenge seeking — of all things — public access to government records.

We’re glad he’s not getting away with it.

Under pressure from the Wisconsin Newspaper Association, the Wisconsin Freedom of Information Council and others who defend the public’s right to know what their government is up to, Judge Eugene Gasiorkiewicz relented last week by agreeing to hold a court hearing in public that he originally tried to keep secret.

The hearing was over his desire to punish a longtime Racine alderwoman who had blown the whistle on Gasiorkiewicz’s closed-door attempt.

A lot of the details of this case are unknown. But this much is clear: The very fact that a court case exists should not be shrouded in secrecy — especially when it centers on a modest request for city documents under Wisconsin’s open records law.

Racine Ald. Sandy Weidner asked for slides from a presentation her city attorney, Scott Letteney, had shown at a closed-door meeting with city officials last year. Many of the slides contained emails Weidner had sent, using her city email account. Letteney thought information in the emails should have been kept confidential, and he wanted a city ethics panel to review whether Weidner’s transparency violated city rules.

Enter Judge Gasiorkiewicz. Rather than rule on the merits of the case in public, he sealed the case from public view. It still doesn’t show up, for example, on a public website providing citizens with information about court cases. And, oddly, one of Gasiorkiewicz’s rationales for all this secrecy is to protect Weidner’s privacy, according to the Milwaukee Journal Sentinel.

But Weidner is the one who wants the documents released. It makes no sense to suggest her privacy is being protected. And it certainly should make the public wonder what exactly Racine officials are trying to hide.

Gasiorkiewicz held Weidner in contempt of court last week for letting the public and taxpayers know about her efforts to secure public documents for public review. At least the judge didn’t fine her $15,000, as an attorney for the city had ridiculously suggested.

A state appeals court, where the dispute is now pending, should reject Gasiorkiewicz’s excessive secrecy.

Not surprisingly, politics appears to be driving this flap. Weidner was running for mayor of Racine when Letteney went out of his way to create this controversy.

Weidner didn’t win her bid for mayor. But she has served as a city alderwoman for 18 years. If she wants to seek public documents — something as straight-forward as her own emails — at the very least her attempt to get them shouldn’t itself be obscured from public view.

RACINE — Secrecy in government, compounded by court-ordered secrecy, gives rise to speculation and rumor. That never serves the public interest.

A veteran's reflections on Afghanistan

Torrents of hail fall as strong storms hit the Northeast

Torrents of hail fall as strong storms hit the Northeast