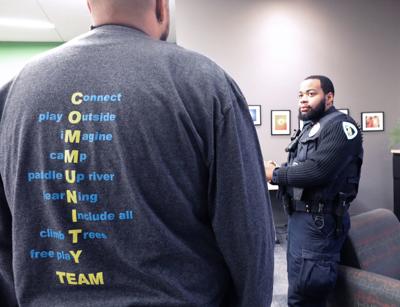 Only 24 Black men are teachers in the Madison School District, according to the most recent tally by the state Department of Public Instruction. That’s not many Black male role models for the estimated 2,400 Black male students in the district. It’s a ratio of 1 for every 100.

And on Monday, the Madison School Board reduced the number of Black men in our schools further. The board voted to remove four police officers — three of them Black — from the city’s high schools.

That doesn’t just undermine public safety, requiring officers who don’t know the students to respond from outside the high schools when called for trouble. It also makes Madison’s schools less diverse and culturally relevant for students.

Madison School Board right to be cautious with budget, stall raises for now

The district doesn’t have many Black female teachers, either: about 43, according to DPI. That means Black educators make up just 3% of the district’s teaching staff, even though Black students are 18% of the student body.

All of this underscores the need to further diversify the teaching staff, which is 87% white, even though only 42% of students are white. Research has shown that minority students often perform better at school when they have at least one same-race teacher. And with so few black teachers, only two-thirds of Black students in Madison graduate in four years.

That’s why the School Board should stick with interim Superintendent Jane Belmore’s proposal to prioritize diversity if layoffs are needed this fall, due to falling enrollment and the recession. The antiquated system of basing layoffs and school assignments on seniority — rather than need, performance or skills — must go, despite union opposition to change.

The board just pushed three Black police officers out of city high schools with no real plan for how to keep students safe. The board shouldn’t compound that mistake — and further diminish the diversity of its staff — by laying off younger teachers of color based on outdated rules that protect older white educators.

S.E. Cupp: S.E. Cupp: Does Trump still care about his base?

If you’re a white supremacist, racist, or just feeling insecure about your status as a white man in America, the president of the United State…