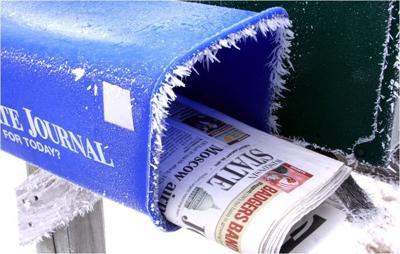 Ten years ago this month, Time magazine published an ominous list of “The 10 most endangered newspapers in America.” Of the 50 biggest dailies across the country, eight were predicted to “cease publication in the next 18 months.”

All of these papers — a decade later, long after they were supposedly going to expire — are still publishing, and most of them every day. They continue to shine the bright light of truth and transparency on their communities and governments, helping to inform and engage millions of citizens.

The same is true here at the Wisconsin State Journal, which has more professional journalists than all of our competitors in the Madison news media combined. Our staff includes 45 journalists in our Madison newsroom alone, plus a stable of newspaper designers as well as digital journalists for madison.com, the website we share with The Capital Times, which has nearly 20 journalists. Lee Enterprises, which owns half of the State Journal’s parent company, Capital Newspapers, employs still more reporters, editors and photographers who provide coverage from La Crosse, Racine, Kenosha, Portage, Wisconsin Dells, Reedsburg, Baraboo, Beaver Dam, Chippewa Falls, Lake Geneva and dozens of additional communities across the country.

How big is the Wisconsin State Journal’s reach and impact?

Our print circulation has declined in the digital era. Like most industries, our business model has changed because of the internet. But overall, the State Journal is reaching more readers than ever before in our 180 years of serving our community and state.

Seventy-seven percent of adults in the Madison area have used the State Journal, madison.com or both in the last week, according to a scientific survey by Coda Ventures, an independent research firm in Nashville hired by Lee. And contrary to claims of newspapers dying, more than 65 percent of survey respondents said they had used our printed product in the last week.

Scarborough Research has estimated that 160,000 people read the printed version of the State Journal on an average weekday, and 175,000 on Sundays. Compare that to the estimated 48,000 people in the Madison media market who watched the Oscars on television last month, and it’s clear the newspaper industry is very much alive.

The State Journal’s digital audience is even bigger and continues to expand. More than 2 million users go to madison.com each month, clicking on some 13 million pages of news, sports, features, opinions, advertising and other content. And more than 30,000 people use the State Journal’s electronic edition of the newspaper or our mobile app. That accounts for millions of additional page views.

This week is Sunshine Week, when newspapers and other advocates of a free press and open government highlight the importance of public access to accurate and timely information about their communities. The State Journal provides — by far — the most in-depth and wide-ranging coverage of what’s happening in the Madison area and south-central Wisconsin.

If you are a subscriber, thank you. If you are not, please consider signing up for our print and digital journalism. Your subscription contributes to a healthy democracy by informing and empowering the public.

The State Journal's March 14 editorial, "Newspapers still shine a bright light," on the value of newspapers and the reach was much appreciated…

Thanks for the March 14 editorial and reminder that “newspapers still shine a bright light” for those of us who subscribe to a daily newspaper.