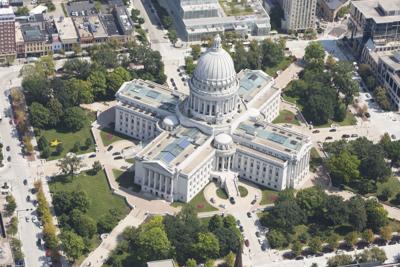 Yet another Wisconsin county — this time Sheboygan — has voted to end partisan gerrymandering of legislative and congressional voting districts.

The Sheboygan County Board last month voted 20-4 for a resolution that “strongly urges the Wisconsin legislative and executive branches to work together to enact bipartisan legislation that would create a fair and nonpartisan process for drawing legislative and congressional redistricting plans, as well as promote more accountability and transparency in the redistricting process.”

Congratulations to Sheboygan County Board Chairman Thomas Wegner of Plymouth and the vast majority of his colleagues for becoming the 48th county in Wisconsin to approve such a measure. Every county should join this bipartisan, good-government campaign so that, following the 2020 census, fair maps can be drawn by a nonpartisan agency that’s insulated from politics and tasked with strict rules to ensure a neutral outcome.

“The fact that two-thirds of Wisconsin’s 72 counties, many of them ‘red,’ are now on record in support of ending partisan gerrymandering, demonstrates the deep, grassroots support across the state for fair maps and against rigged elections,” said Jay Heck, executive director of Common Cause in Wisconsin.

He’s right. Sheboygan County favored the Republican in the last presidential election by 14 percentage points. Other conservative counties, such as Winnebago and Lincoln, have passed similar resolutions and allowed voters there to support nonpartisan redistricting in advisory referendums.

The same thing has occurred in liberal counties such as Dane, Eau Claire and La Crosse.

The U.S. Supreme Court this year left it up to the states to stop gerrymandering. In Wisconsin, that means the Legislature must pass Assembly Bill 303 (or its Senate companion, SB 288). AB 303 mirrors the Iowa model for fair maps. A nonpartisan state agency draws Iowa’s voting districts as compact and contiguous as possible, without favoring the incumbent politicians of either party. Then the Iowa Legislature approves or rejects the maps — without making changes. And if the Iowa Legislature votes the maps down, the nonpartisan agency drafts another version.

In Wisconsin, Republicans rigged voting districts after the 2010 census to help them keep control of the Legislature. In other states, such as Illinois, Democrats unfairly shaped the maps for their benefit.

The partisan games need to end so voters of all political persuasions are fairly represented and can hold their elected officials accountable.

Assembly Speaker Robin Vos, R-Rochester, and Senate Majority Leader Scott Fitzgerald, R-Juneau, have shamelessly defended gerrymandering. But a growing number of their Republicans colleagues are joining Democrats in favoring a fair process following the 2020 census. Gov. Tony Evers, a Democrat, also is an advocate for the Iowa model, which saves Iowa taxpayers millions of dollars in legal fees and produces more competitive seats.

Nearly three-quarters of respondents to the statewide Marquette Law School poll said they favored nonpartisan redistricting for Wisconsin. It’s time for Vos and Fitzgerald to respect the public’s wishes and allow fair elections.

Philadelphia Inquirer: How dissent gets chilled in single-party New Jersey

OUR VIEW: Former speaker should back the Iowa model to stop partisan gerrymandering

St. Cloud Times: Minnesota is on the verge of losing one-eighth of its voice in U.S. House

OUR VIEW: With high court declining to help, it's up to voters to end gerrymandering

Chicago Tribune: An end to remap abuses? It's up to voters now

With high court taking a pass, citizens will have to end gerrymandering on their own

The U.S. Supreme Court has decided the federal court system can't do anything about gerrymandering. It has ruled that only local lawmakers, th…

Rep. Gary Hebl: We already have consensus on need for fair maps

SUN PRAIRIE — It is well past time for Wisconsin to have legislative districts drawn by a nonpartisan entity.