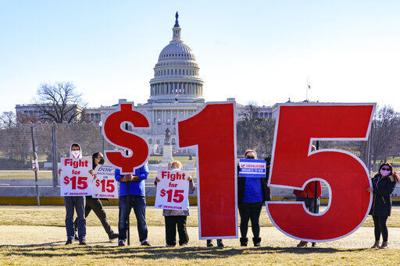 The U.S. Senate filibuster has been given outsized importance it was never designed to have, and may well have outlived its usefulness.

From a once seldom-used device, it has evolved into a near requirement that most legislation achieve a supermajority of 60 votes in the Senate. Why 60? It’s just one of the many variations the Senate has tinkered with over time.

The filibuster used to be the stuff of high drama, bringing all other business on the Senate floor to a halt.

Launching one meant senators had to hold the floor, talking continuously. Sen. Strom Thurmond set an ignominious record by filibustering for 24 hours and 18 minutes in an effort to block the Civil Rights Act of 1957.

In 1975, then-Sen. Walter Mondale of Minnesota pressed for reforms, successfully reducing the votes required to end debate from two-thirds, or 67, to the current three-fifths, or 60. But that too became weaponized. Rather than driving bipartisanship, it has become a frequently employed tool by which a minority of the Senate can block the majority.

Eric Janus, law professor at Mitchell Hamline School of Law in St. Paul, Minnesota, said that in its current form, the filibuster “gives too much power to the minority. It is being used to obstruct the will of the majority.”

Although the filibuster doesn’t appear in the Constitution, Janus said, it is clear the founders intended for most legislation to pass by a simple majority, with the instances requiring a supermajority spelled out.

Minnesota Sen. Amy Klobuchar, who chairs the Rules Committee, is among those who think the filibuster should be eliminated. “I’ve had it with us not getting anything done,” she said. The fallback for both sides, she noted, has been resorting to the even more arcane process known as reconciliation, which allows certain budgetary measures to pass without a filibuster.

President Joe Biden’s American Rescue Plan was passed through reconciliation, but stripped of its $15 minimum wage after the Senate parliamentarian ruled it would not fit within the rule’s parameters. Senate Republicans resorted to the same tactic to pass President Donald Trump’s tax cut package. Biden may need to employ it again to push through an infrastructure package.

“It’s kind of ridiculous to be limited by what can fit in a reconciliation bill,” Klobuchar said. “At some point, accountability to the people wins out. They want change and you have to be able to get things done. This archaic procedure is not working.”

Further reforms are possible. A return to the “talking filibuster” would at least require a show of commitment. Another alternative, favored by political scientist Norm Ornstein and former Sen. Al Franken, would require 41 votes to start a filibuster rather than 60 to end debate.

To those who say Democrats would regret the filibuster’s elimination when Republicans return to the majority, Janus says simply, “What’s fair is fair. If they hold the majority, they have the power that brings.”

There are indications that Biden, who knows the levers of power in the Senate perhaps better than any president since Lyndon Johnson, has reached his limit for what he calls “gigantic abuse” of the procedure. He favors a return to the talking filibuster.

Given the obstacle the filibuster has become, all options for change should be on the table.