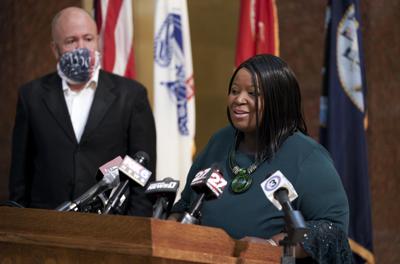 “Believe your eyes,” the prosecutor told the jury.

In Chicago, video from a police body camera showed the moment last month when an officer shot and killed 13-year-old Adam Toledo in an alley, as the boy’s hands were raised in the air. Now that the public can see what happened — the video was released a week ago — the city’s official narrative of the incident has changed. Police initially reported an “armed conflict,” and a state attorney said Toledo was holding a gun when the officer shot him. But that attorney “failed to fully inform himself before speaking in court,” a Cook County spokeswoman now admits.

In Madison, police don’t wear body cameras. So when a controversial encounter between the police and the public occurs, it’s hard to tell what really happened if people’s accounts conflict. The public doesn’t benefit from the transparency and accountability that cop cameras provide.

That needs to change. And a bipartisan effort to improve policing at the statehouse will help.

The Assembly task force wants to ban choke holds, unless an officer’s life is threatened or the officer is acting in self-defense. The task force wants to require police agencies to post their policies on use of force on their websites, report when they use force to the state, and require crisis management training for officers. Other solid recommendations include requiring officers to undergo psychological exams before being hired, and to take drug and alcohol tests following an incident that causes death or serious injury.

The Madison City Council should pay close attention to page 6 of the task force’s report, which recommends “all active duty law enforcement officers who are primarily assigned to patrol functions be equipped with a body camera.” The task force — which includes community advocates, faith leaders, police chiefs and union representatives for officers — further recommends funding for body cameras to help local communities afford them.

“Body cameras are a useful tool in holding police accountable and getting an unbiased account of an incident,” Stubbs wrote. “We must continue to demand accountability and reform from the police, and body cameras are a good first step.”

At the national level, the George Floyd Justice in Policing Act, which cleared the House last summer, similarly demands that federal uniformed police officers wear body cameras, and it requires state and local law enforcement “to use existing federal funds to ensure the use of police body cameras.”

Wisconsin’s bipartisan task force was created after an officer shot Jacob Blake seven times last summer in Kenosha. Like Madison and a third of Wisconsin police agencies, Kenosha doesn’t equip its officers with body cameras. That made it much harder to prove what happened, and the officer wasn’t disciplined.

Madison and other communities need the transparency and trust that body cameras on officers provide.

Sorry, but this is not an open-and-shut case.

Trudy Rubin: The link between Alexei Navalny’s life or death and Biden’s policy toward Russia

On Wednesday, Russian President Vladimir Putin delivered his state of the union address — extolling his country’s moral values and lashing out…

Even as New York City struggles to contain a bloody surge in shootings, here comes the U.S. Supreme Court agreeing to hear a challenge to New …

Pittsburgh Post-Gazette: The US should consider the possibility of an Olympic boycott to protest Chinese human rights violations

Minneapolis Star Tribune: The renewed push for equality in America

The forces driving racial injustice are insidious, quietly leaking into any opening

On a violent Atlanta weekend in early May, 15-year-old Diamond Johnson was shot dead across the street from Maynard Jackson High School — name…

Pittsburgh Post-Gazette: Federal law enforcement agencies will require body cameras for officers. Others should too

require body cams, and others should, too

Since the tragic death of George Floyd in Minneapolis, significant strides have been made to achieve meaningful police reform here in Wisconsin.