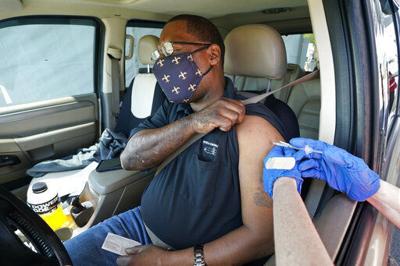 It’s like a flashback to a bad fever dream. A year after COVID-19 ravaged New York City, infections there are creeping up again and in other hot spots across the country, despite the largest vaccination push the nation has ever undertaken. The average number of COVID-19 cases recorded over the previous seven days has risen 10% in the past week, and hospitalizations are ticking up as well. Rising numbers of new infections in New Jersey, New York and Michigan are worrisome.

These signs of a coming fourth wave of COVID-19 prompted a rare moment of emotion Monday from one of the country’s leading infectious disease fighters. “Right now, I’m scared,” Centers for Disease Control and Prevention Director Rochelle Walensky said during a COVID-19 briefing, adding that she’s having recurring feelings of “impending doom.” Walensky urged people to remain careful for just a few more weeks, pleading: “Please hold on a little while longer.”

We can see why she’s so concerned. With the prospect of millions more COVID-19 vaccine deliveries rolling out in weeks to come, states have been shucking mask mandates and dropping restrictions as if the pandemic were over. On a recent Friday, more people traveled by airplane in the United States than on any day since the national emergency was declared. The spring break crowds got so out of hand in Miami Beach that city officials declared a state of emergency and curfew.

Look, we are feeling optimistic too. The end seems close; as Walensky put it, “We have so much to look forward to, so much promise and potential of where we are, and so much reason for hope.” But shortsighted thinking could so easily force us backward in the critical race against a deadly disease that has killed about 550,000 people in the U.S.

Falling behind even a little comes with grave consequences. And not just because of the sickness and death that comes with it. As scientists have been warning for months, continued spread of the virus allows greater possibility of new, more drug-resistant or more deadly strains. Although the U.S. has made admirable headway on inoculations, with around 30% of Americans having received at least one dose (and with new research showing that after two weeks, even a single shot provides 80% protection from COVID-19), this is no time to relax.

California, which suffered its worst surge earlier this year, is still on a good track. The average number of positive test results in the previous seven days is just 1.6%, and we can keep it low by making the right decisions now. That will require continued vigilance by everyone even when it seems the danger is passing, as well as sustained efforts by state and local authorities to distribute vaccines in hardest-hit communities, which suffered disproportionately from COVID-19 yet had the least access to the vaccine during the first weeks of the rollout.

For that reason, it’s a little worrisome that the federal government is planning to shut down two mass vaccination operations in California, at Cal State LA and the Oakland Coliseum, on April 11, just four days before the state opens access to shots to everyone older than 16. The sites were launched in February in partnership with the state as part of a larger campaign to focus on inoculating Black and Latino Americans. ... As part of the effort, the sites got a separate supply of doses on top of the state’s regular allocation.

It may not be necessary to keep those locations running as is. In Los Angeles, for example, Dodger Stadium could do thousands more shots if it had a large enough supply. But officials must remain focused on especially vulnerable communities, and state and local authorities should insist that the federal government continue to dedicate extra doses to meet those goals at least for a few more months.

President Joe Biden, who is urging the governors and mayors who lifted their mask mandates to reimpose them (good luck with that), characterized this moment as a race against time to stop another terrible wave of COVID-19 from flooding the U.S. He’s half right. It’s a race, but against human nature.