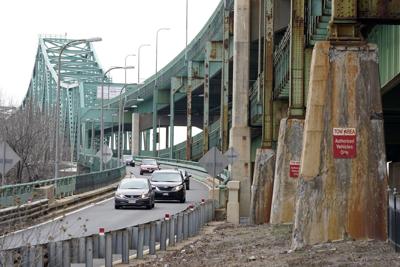 Here’s an indication of just how poorly the United States is doing when it comes to building and maintaining roads, bridges, water systems and other infrastructure. In March, the American Society of Civil Engineers, which periodically grades U.S. infrastructure in terms of its condition and needs, said we were finally scoring better than a D for the first time in 20 years. Don’t reach for the Moët — the overall grade was still C-minus, with a $2.5 trillion gap between what we needed to invest over the coming decade and what we were projected to spend.

Against that backdrop, President Joe Biden’s newly unveiled proposal to spend roughly $2 trillion on infrastructure over eight years might seem underwhelming, especially considering that he’d like to spend some of the money on things that aren’t typically mentioned in the same breath as roads, bridges and wastewater treatment plants. For example, about one-fifth of the proposed funding would go to Medicaid’s long-term home- and community-based care program.

The ambition, though, isn’t in the size of the plan, as big as it is. It’s in the plan’s breadth, its sharp break with our fossil-fuel-powered past, its efforts to repair the damage that transportation policies have caused to communities, and its vision for the role Washington should play in the U.S. economy.

And that expansive view is welcome. Here in California, we are intimately, painfully aware of the toll that climate change is already taking, and of the toll that other toxic emissions from cars, trucks and container ships have long taken on the communities around highways and ports — many of them communities of color. We also reject the view that more of this crucial work will get done if Washington steps back and hands more of the responsibility to the private sector. The facts on the ground show otherwise.

This country is long past due for a major increase in what we’re investing as a society, not just in our crumbling roads and water pipes, but in many neglected sectors of our economy — the infrastructure that undergirds our human as well as our physical resources. Biden is the first president to advance that kind of far-reaching view, seeking to boost basic research, technological development, clean energy, climate resilience, workforce development and environmental justice in one package.

The details of the plan matter, though, and the president has released only bullet points so far. Some of those are promising, such as the $100 billion sought to extend affordable broadband connections to every American home and business. A survey released Tuesday by the University of Southern California and the California Emerging Technology Fund found that almost 30% of low-income California households had either no broadband connection or only a smartphone data plan, putting them at a huge disadvantage when it comes to jobs, education and advancement.

And some are troubling. The plan veers toward industrial policy and protectionism at some points; there’s a fine line between using federal dollars to promote U.S. supply chains for key products and engaging in unfair trade practices that cause other countries to retaliate against our exports.

Nevertheless, Biden’s proposal is a good starting point for negotiations. And to his credit, he came up with a way to recoup the cost: by rolling back a number of corporate tax cuts enacted in the 2017 law championed by President Donald Trump, and by adopting more countermeasures against foreign corporate tax havens.

Naturally, Senate Minority Leader Mitch McConnell, R-Ky., has already said his party won’t support an infrastructure bill funded by corporate tax increases. This is from the same party that complained about the deficit Democrats were running up with the $1.9 trillion American Rescue Plan, the bill passed in March to help the country emerge from the pandemic. Nor are Republicans likely to support the plan’s emphasis on promoting workers’ rights to organize and on paying the equivalent of union wages.

So there seems to be little chance for bipartisan backing for this proposal; given McConnell’s posture, it’s hard to see how any additional infrastructure investments could be made with both parties’ support. Biden is right to swing for the fences, even with yet another ambitious and costly proposal on social services still to come. It’s congressional Democrats’ turn now to hash out the finer points and build on Biden’s blueprint.