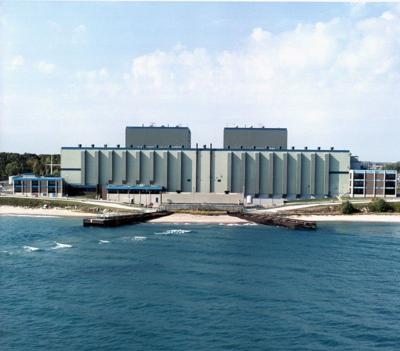 The largest producer — outpacing all renewable sources combined — is the Point Beach Nuclear Plant in Two Rivers, about 135 miles northeast of Madison in Manitowoc County.

That’s why Wisconsin should keep the plant going as long as safely possible. It’s key to fighting climate change and meeting Gov. Tony Evers’ goal of transitioning to 100% carbon-free electricity by 2050.

NextEra Energy, which operates Point Beach, submitted an application Nov. 16 to the Nuclear Regulatory Commission, seeking to add 20 years to the licenses for its two reactors, which are 50 years old. The licenses are set to expire in 2030 and 2033.

The commission should carefully review the application to ensure safety while giving it a fair shot at approval. Two aging plants in other states have been granted similar extensions.

Point Beach — all by itself — provides 16% of the electricity produced in Wisconsin. That’s more than hydropower (3%), wind (3%), biomass (2%) and solar (less than 1%), according to the U.S. Energy Information Administration.

Wisconsin remains heavily reliant on coal, which spews greenhouse gases into the air when burned. Those carbon emissions trap heat in the atmosphere, warming the planet. The result is a changing climate that threatens our economy and health. More extreme weather makes it harder to farm in Wisconsin because of flooding, crop and livestock losses. Heavier rains increase erosion and water pollution, fouling our lakes and hurting tourism.

Wisconsin should be the next state to legalize marijuana

Transitioning to carbon-free energy while investing in research and technology are solutions. Wisconsin consumes almost six times as much energy as it produces, according to EIA. So becoming more energy independent will increase jobs and prosperity here, rather than propping up coal mines in Wyoming and Montana.

Wisconsin is making progress. For the first time in at least three decades, Wisconsin generated less than half of its electricity by burning coal last year. Natural gas, which burns cleaner than coal, provides a third of Wisconsin’s electricity.

Renewable energy sources have enormous potential to grow and gradually replace carbon-based fuels. But that will take time — which is why Point Beach must continue.

The danger and cost to maintaining the plant’s radioactive waste can’t be ignored. The federal government has failed to establish a permanent repository for the material.

Yet technology is improving to reduce and potentially recycle nuclear waste. Moreover, nuclear energy’s drawbacks must be weighed against the enormous cost of continuing to fill our atmosphere with carbon.

Point Beach generates enough electricity to power some 1.25 million homes a year. If not for the plant, Wisconsin’s carbon emissions would be much higher.

Wisconsin should keep Point Beach plugged in as long as it’s safe and needed.

Bill Lueders: Wisconsin must do more to promote openness

Los Angeles Times: Can we at least agree to not shake on it?

Friendly affirmation of good intentions has

been exposed as a serious health threat

It has long been a fashionable and celebrated pastime in Republican circles to mock Hollywood celebrities for their elitist, superficial and o…

OUR VIEW: Students need in-person classes to stop the COVID-19 slide in learning

The recent proposal to extend the license of Wisconsin’s Point Beach nuclear reactor for 20 more years is bad for the health of Wisconsin residents.

The world must confront rapid warming head-on, with America restoring its leadership

The concern expressed by Amy Schulz in her Jan. 16 column, “Nuclear energy conflicts with cure for climate change,” ignores one very important…

Elizabeth Kolbert: Driving across Iceland to visit my carbon emissions

I went to visit some of my carbon emissions last year.

The Guardian: Climate summit is 100 days to save the world

The global reality of the climate crisis could hardly be more stark.

Jonah Goldberg: To fight climate change seriously, nuclear power must be on the table

World leaders are heading to Glasgow to come up with yet another plan to tackle climate change. Joe Biden had hoped to have a stack of climate…

Fed up with higher gas prices? Get over it

STATE JOURNAL VIEW: You were paying more a decade ago, and spewing carbon isn't the future