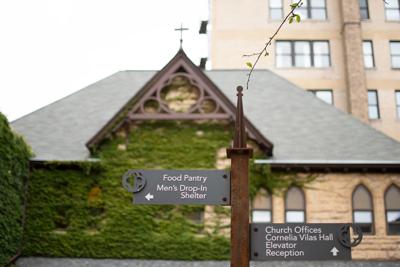 Congratulations to the Legislature’s budget committee for releasing $500,000 this week in additional annual funding for more beds at shelters.

“We really do have a homeless crisis in our state,” Rep. Chris Taylor, D-Madison, told her colleagues Monday at a Joint Finance Committee meeting at the state Capitol.

“I would agree with Rep. Taylor, as far as that this is a long time coming,” said Rep. John Nygren, R-Marinette.

He noted that funding for emergency shelters hadn’t been increased in nearly two decades. Monday’s action boosts state dollars for shelters by 45%, to $1.6 million a year, according to the nonpartisan Legislative Fiscal Bureau.

With winter chilling tens of thousands of people — including many children — who don’t have stable housing, the money will help provide some comfort and safety when it is needed most.

Yet the bigger task for state leaders is to help prevent homelessness across Wisconsin.

The Republican-run Legislature approved and Democratic Gov. Tony Evers signed a two-year state budget last summer that included $7.5 million for homeless initiatives. It was a historic commitment to addressing the sad and festering problem of transient individuals and families living outside, sleeping in shelters, doubling up in motels or crashing on couches.

To its credit, the GOP-led state Assembly — with strong bipartisan support — approved eight bills last year that would direct all of the $7.5 million to strategies endorsed by a state task force.

Unfortunately, only one of the eight bills — the one providing $500,000 more to shelters each year — has cleared the stingy state Senate. Led by Majority Leader Scott Fitzgerald, R-Juneau, the Senate is close to adjourning for the year. And none of the additional measures appear on the Senate calendar for action today.

The budget committee deserves applause for its action this week. But the Senate is earning scorn for stalling much bigger progress.

Desperate families need action now. All of the bills have plenty of support to pass, if only Fitzgerald would allow votes.

Wisconsin is — or at least should be — a compassionate state that helps the less fortunate and their children find a place to call home.

Sacramento Bee: Why is Devin Nunes so scared?

Rep. Devin Nunes’ war against the free press reached a new low on Tuesday when he barred The Fresno Bee from covering a major water forum in T…

Center Stage: Will Michael Bloomberg fly or flop in Wisconsin?

The billionaire candidate for president "got his rear-end handed to him" at this week's Democratic debate. But the former New York City mayor's campaign for the Democratic nomination still has plenty of resources and time before the Badger State votes on April 7.

It was refreshing to hear the urgency in California Gov. Gavin Newsom’s voice recently when he talked about how homelessness has engulfed the …

Madison is in the pilot's seat to land F-35s