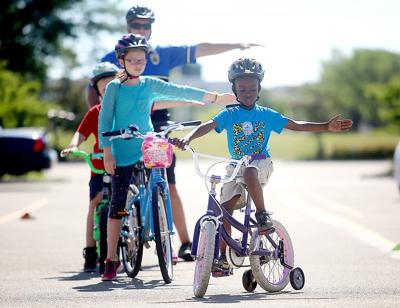 Only in big-spending Madison could a 2.5% budget increase — about twice the rate of inflation — be considered “austerity.”

Yet taxpayers during tough times should appreciate that Mayor Satya Rhodes-Conway’s $349 million city budget for 2021 includes the smallest property tax hike in at least 15 years — about $37 to $2,723 for the owner of an average home assessed at $315,000. That’s a modest 1.4% increase.

More significant and appreciated is that progressive Madison is not defunding its police, as some protesters have demanded following the brutal killing of an unarmed black man in Minnesota. The Minneapolis police officers involved in George Floyd’s death are going to trial, with Officer Derek Chauvin charged with murder for pressing his knee on Floyd’s neck for nearly 8 minutes.

That was a disturbing abuse of power. But it wasn’t the fault of Madison’s professional and diverse police department. Madison police long ago adopted many of the police reforms that Minneapolis has recently sought. Madison also employs a higher percentage of black officers than the city’s African American population, which helps guard against racial profiling.

Madison needs its well-trained police department to protect the public against a rash of gunplay, burglaries and vehicle thefts. This is no time to be cutting law enforcement here because of controversial police actions elsewhere.

Rhodes-Conway’s budget request would increase spending on police by 3.2% to $88 million. Officers are in line for a 3.75% pay raise in January, which was negotiated by its union and the previous mayor. That’s driving a lot of the increase, though Rhodes-Conway wants officers to pay for some health insurance costs.

The department would lose a handful of its 600 full-time positions. But that’s mostly because four officers will no longer patrol the city’s high schools — a misguided decision by the School Board, not City Hall.

We like Rhodes-Conway’s plan to divert some calls for police that don’t involve serious violence or crimes. Police officers should appreciate that, too. Her budget includes $350,000 to see if a team of medical personnel, rather than officers with guns, can handle lower-risk mental health crises with better outcomes.

We’re not excited about the mayor spending $450,000 on an independent police monitor because it won’t have video evidence to inform its decisions about controversial police encounters. The City Council has failed for years to put body cameras on patrol officers, making it harder to determine the truth when police and civilians disagree about high-profile encounters. An oversight board of citizens also appears stacked with police critics.

Several council members Friday proposed a worthy budget amendment to increase, from $200,000 to $300,000, funding for the Focused Interruption Coalition. The coalition sends peer-support counselors into neighborhoods and hospitals to deter retaliatory violence. Another reasonable amendment would use mostly federal money to add four police officers.

Overall, the city budget respects the need for maintaining law enforcement. Madison police, unlike some other departments across the country, have done a good job of keeping people safe while trying hard to stamp out bias.

Michael May: Let the people decide on the Madison City Council's size and structure

The State Journal editorial board Oct. 18 opposed changes to the size and structure of the Madison City Council. The editorial said our curren…

Pittsburgh Post-Gazette: Paid maternity leave is good for families and the economy

More women stay in workforce when given

a chance to bond early with their newborns

must go with pressure from US and others

The Wall Street Journal: Coping with the COVID winter shouldn't be as bad as Biden says

Death rates have fallen sharply amid better care and treatments, despite higher caseload

Washington Post: We have to guard against foreign election meddling — real and imagined

The last election in 2016 feels simultaneously like it was yesterday and 100 years ago.

Jonah Goldberg: De-emphasizing politics may be the best way to mend fences

The day before Election Day, Reuters ran a story about the personal toll politics has taken on some peoples’ lives.

Jillian Peterson and James Densley: Why mass shootings stopped in 2020 — and why they are roaring back now

Mass shootings, which had become far less frequent in 2020, have come roaring back. On Monday, a gunman opened fire at a grocery store in Boul…

See first photo of rocket expected to crash into Earth

The Rise of Rep. Elise Stefanik

The Rise of Rep. Elise Stefanik