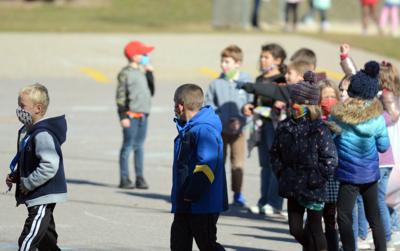 A survey of students, parents and staff shows considerable support for reopening Madison’s schools with safety precautions to keep COVID-19 at bay.

Yet Madison school officials announced Friday they won’t reopen for any grades Jan. 25 when third quarter begins. Even the youngest students — those in elementary school who need in-person instruction the most, and who spread the disease the least — will have to stick with online-only learning. That’s disappointing and will cause more children to fall behind.

The Madison survey, conducted last month and released this week, shows many students are eager to return, which isn’t surprising. They’ve been gone for 10 months from Madison school buildings, while other districts in the state and increasingly in Dane County have resumed at least some in-person classes, with relatively few outbreaks of the virus.

Black students in Madison are the most enthusiastic about returning to class. According to the district survey, 58% of Black students who responded said they want in-person instruction. That’s nearly three times as many as the 21% of Black students who want to stay virtual. Their opinions deserve extra weight and attention, given the district’s yawning achievement gaps along racial and economic lines. White and wealthier students are more likely to have the resources to help them succeed at online school, such as better technology or parents who can work from home.

They’re split. Yet any parent who wants to keep a child at home during the pandemic would still have that option — even after in-person classes restarted.

The 59% of family households — about 8,000 — who responded to the Madison survey showed a slight preference for in-person class: 39% to 38%. The parents of elementary students were the most enthusiastic.

What about staff? Nearly two-thirds — 64% of 2,700 teachers and other district employees who responded — said they were able to return, though many “expressed serious concerns” about safety, according to the district. That’s understandable. We don’t blame teachers for being cautious about their health.

Yet other school districts in Wisconsin that have reopened school buildings have offered accommodations for teachers at higher risk to the disease. And those who do teach in person are protected by masks, dividers, testing for the disease, and extra cleaning. (The Madison teachers union said its survey of teachers showed overwhelming support for keeping classes online, but it refused to release details.)

The science favors getting kids back to school sooner than later. Virtual learning is hurting math scores the most, according to education researchers. Pediatricians warn about social isolation, abuse, depression and hunger.

Dr. Anthony Fauci, the nation’s top infectious disease expert, has stressed for months that in-person learning should be “the default position.”

“The children in school seem to be doing better, when it comes to the level of infection, than whatever is going on in the community,” he said Dec. 30.

“If you really want to get society back to some form of normality,” Fauci stressed, “one of the first things we have to do is to get the children back in school.”

Critics of reopening Madison’s schools point to Fauci’s call in late November to “close the bars and open the schools.” But the bars have been closed in Dane County for months, unless you want to drink outside in the cold next to a snowbank, or go to a restaurant with strictly limited seating capacity.

A state committee wisely voted Tuesday to prioritize teachers for vaccines. They should include other school employees, too. That will make reopening safer for everyone. Yet getting most people who work in school buildings vaccinated could take months. Our children can’t wait indefinitely for the in-person support and hands-on learning they need and have been missing since March.

Madison needs to get its elementary school students back to class now, with teenagers soon to follow.

Just get the vaccine into arms already

Madison families split on whether to return to school; third of teachers won't return amid COVID-19 pandemic

Among families, 38% preferred online-only learning and 39% opted for in-person hybrid.