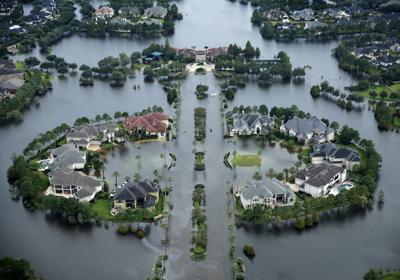 Like so many looming challenges, our warming planet drew less attention and little action during the last year because of the pandemic. That’s understandable, given COVID-19’s glaring death toll of 3.5 million worldwide, 592,000 in the United States and 7,100 in Wisconsin.

Now that the virus is subsiding, our leaders in Wisconsin and Washington must refocus. They must do more to transition our economies to cleaner energy that spews less heat-trapping gas into the atmosphere. At the same time, consumers can speed change by buying more fuel-efficient products.

Last year was our planet’s second hottest year on record, according to the National Oceanic and Atmospheric Administration. The seven warmest years have occurred since 2014, and the 10 warmest since 2005. In Wisconsin, climate change contributes to severe storms, heavier rain and flooding that damage property and risk lives.

Action will require international cooperation and American leadership, which President Joe Biden is trying to reenergize. He also has proposed incentives for consumers and manufacturers to embrace electric cars. Biden’s infrastructure plan would create more charging stations and improve the electrical grid.

Biden’s goal of net-zero carbon emissions by 2050 is ambitious and strong. But he’ll need help from Congress to get more done, including greater investment in research and development, and a charge on carbon emissions to reflect its cost to society.

One of the most promising ideas is a revenue-neutral carbon fee with rebate checks. The fee on carbon would start small and gradually increase to give utilities and businesses the time and freedom to adjust to cleaner energy options in ways that work best for them.

All proceeds from the tax would be sent back to the American people in equal amounts. Proponents say most consumers would come out ahead thanks to these annual rebate checks.

Many Democrats, some Republicans and a group of business executives support the idea, in part because the tax would be balanced with relaxed federal regulations.

U.S. Rep. Mark Pocan, D-Black Earth, recently endorsed a version of the plan, which was hopeful. Yet the bill he supports doesn’t ease federal rules, which makes it harder to get through Congress. Nonetheless, the Citizens’ Climate Lobby, a national group with one of its largest chapters in Madison, remains optimistic.

One big sign that cooperation is possible in Washington is the Climate Solutions Caucus in both houses. To their credit, U.S. Sen. Tammy Baldwin, D-Madison, and U.S. Reps. Mike Gallagher, R-Green Bay, and Ron Kind, D-La Crosse, are members. More of Wisconsin’s congressional delegation should get involved.

At the state and local levels, Gov. Tony Evers and Madison Mayor Satya Rhodes-Conway have highlighted the issue, which is encouraging. The goal for all the politicians should be progress, not scoring political points.

Despite a drop in carbon emissions from less travel during the pandemic, the disturbing trend of higher global temperatures continued last year. Now that the virus appears under control, the politicians and the public must renew their search for solutions. The shared goal — one everyone should support — is a stable climate for our children and grandchildren decades from now.

We can't give up on climate crisis -- Tom Umhoefer

With the horrible pandemic hopefully fading in the United States, other major challenges remain. I’d like to applaud Friday's State Journal ed…

Friday's State Journal editorial, "Get back to solving climate crisis," was right on course.

STATE JOURNAL VIEW: Analysis shows which members of Congress from Wisconsin try to cooperate -- and which don't