Editorial: Harley-Davidson's heart and soul are still in Wisconsin
Share this 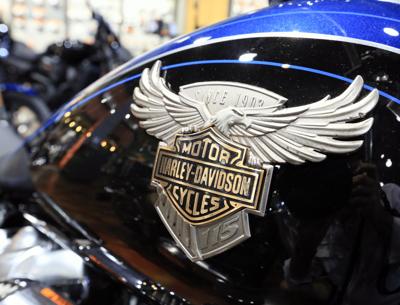 President Donald Trump continued his Twitter rant against Harley-Davidson on the eve of the July Fourth holiday, claiming the iconic Wisconsin company is unpatriotic.

He’s wrong. And we were glad to see a leading Republican lawmaker say so.

The Republican president started posting angry tweets last week after the Milwaukee-based company announced more of its motorcycles will be assembled overseas to sell in Europe.

The company cited a steep increase in European tariffs, which hikes the cost to ship and sell its cycles across the Atlantic. The European duties are retaliation for Trump’s tariffs on European steel and aluminum. Instead of acknowledging the difficulties his protectionist policies are causing the popular company, Trump lashed out.

“Harley-Davidson should stay 100% in America,” the president tweeted last week.

It’s too late for that. Like so many global businesses with billions of dollars in sales, Harley already assembles some motorcycles in India and Brazil for sale in Europe, which is one of its strongest markets. Some parts for engines and transmissions built in Wisconsin also come from overseas.

That’s how the modern global economy works — in both directions. Yet the heart and soul of Harley-Davidson will still be in Milwaukee — where the company plans to stay and has been headquartered for more than a century.

Trump didn’t like that Harley’s decision exposed the folly of his escalating trade dispute with US allies. Trump predicted “the beginning of the end” for Harley, and threatened it could be “taxed like never before.”

“Now that Harley-Davidson is moving part of its operation out of the U.S., my Administration is working with other Motor Cycle companies who want to move into the U.S. Harley customers are not happy,” Trump tweeted Tuesday.

Trump comes to Wisconsin to tout Foxconn amid Harley-Davidson flap

Harley-Davidson announced this week that it is moving some production of motorcycles overseas to avoid Trump's tariffs.

That’s when Assembly Majority Leader Jim Steineke, R-Kaukauna, directly defended Harley, something most state Republicans have failed to do.

“Yes, b/c of tariffs I’m certain foreign motorcycle co’s are thinking of coming here to avoid them so they can compete in US market ... just as Harley is doing in reverse,” Steineke responded to Trump. “So stop attacking a great WI company for considering what they need to do to survive.”

Steineke added: “Important thing to me and all other Wisconsinites is they keep producing the best motorcycles in the world right here in Wisconsin, even if they have some operations elsewhere.”

Despite Trump’s antics, Harley owners should ride their “hogs” with pride today. Harley is a great American company that deserves praise, not abuse.

Wisconsin, with an economic backbone of manufacturing and agriculture, has become a heated battlefield in the trade war that was started by President Donald Trump earlier this year as part of his quest for more equitable agreements with the United States’ primary trading partners.