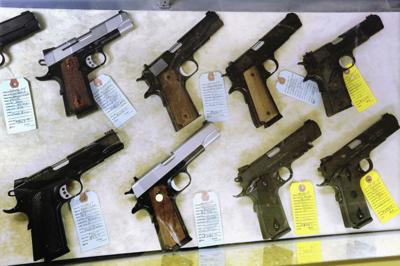 The state of Texas no longer requires a license to carry a handgun, but if you’re going to carry, you should get one anyway. The state will continue to offer licenses, and firearm safety experts who teach licensing classes say they’re as busy as ever.

Yes, we understand that your father/uncle/grandmother might have taught you how to handle a gun. That’s valuable, especially if it came with enough practice to build confidence. But Grandma might not have taught you some of the most critical issues related to carrying a gun.

She might not have taught you, for example, that if a neighbor kid comes into your house and finds a pistol on the nightstand, you can be charged with a crime. Improper storage of a gun is against the law. Grandma might not have given you tips about interacting with police or knowing what buildings are exempt from Texas’ new “constitutional carry” law. ...

Anna Thomasson, owner of Dallas-based Aim True Group, said she has noticed women particularly are interested in her classes lately, especially if they have been in threatening situations. She told us about a young lady who recently took the course and realized she had been putting herself in danger needlessly.

“We think she’ll be safer, whether she has a gun or not, just out and about,” Thomasson’s husband and co-teacher Bryan Wertz said.

Thomasson and Wertz said they expect a dip in registrations because of the new law, but they expect it to be greater among men.

“We think men will drop off more than women,” Wertz said. “That’s OK with us. We’ll train ladies 9-to-1 over men. For the most part, men aren’t looking for training.”

Personal protection isn’t the only reason people are still signing up for training and licenses. Texas has reciprocity agreements with 37 other states, giving Texas licensees rights there, according to the U.S. Concealed Carry Association. If you plan to travel with a gun, the license could keep you out of trouble ..

Julianna Crowder, founder of A Girl and A Gun Women’s Shooting League, said instructors like her might have to adjust their offerings because of the new law. Crowder said when Texas dropped the length of required instruction several years ago, she pivoted.

“I had to make my money teaching private classes, learn-to-shoot classes,” she wrote in a text. “I see this new legislation impacting those instructors that only teach the license-to-carry class and don’t focus as much of their business on learn-to-shoot classes or more advanced skill sets.”

But regardless of an instructor’s business model, the bottom line for gun owners should be safety. Responsible gun owners will want to be trained. In fact, it’s not an exaggeration to say that a training course is the primary difference between someone who wants to carry a gun and someone who wants to do so responsibly. We think most Texas gun owners fit the latter category.

STATE JOURNAL VIEW: Analysis shows which members of Congress from Wisconsin try to cooperate -- and which don't

Editorial: Ron Johnson is a sick and twisted excuse for a human being

"Gladys Sicknick wanted to explain to Johnson that what happened on the day her son died was not, as the senator continues to claim, a 'peaceful protest.'”

"Steineke is tossing aside past practice and, in so doing, making the Assembly a less collegial, and less functional, chamber."

Passenger rail must get back on track in Wisconsin

STATE JOURNAL VIEW: Amtrak is right to revive the dream of more service and connections in Wisconsin, including Madison

Editorial: Wisconsinites want fair maps and an end to gerrymandering

"At least 40 counties that backed Republican Donald Trump in 2020 have called for fair maps."