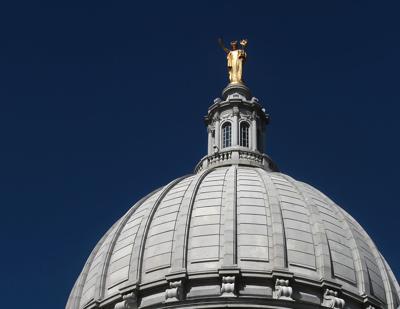 The ruse is over.

State lawmakers can no longer play games with public records by refusing to release them electronically.

A Wisconsin appeals court this week affirmed that citizens are entitled to request and receive copies of electronic records in their original format.

The decision deserves the attention of public records custodians across the state, and represents an important victory for government transparency and accountability.

Also praiseworthy is that the court didn’t sacrifice the state’s open records law to partisan politics. Judge Mark Gundrum, a former Republican lawmaker, wrote the decision rejecting the arrogant arguments of Republican state Rep. Scott Krug of Nekoosa. And joining in the decision was conservative Justice-elect Brian Hagedorn, who was recently elected to the state Supreme Court.

Krug triggered the expensive court battle by failing to comply with a simple request for electronic documents from Bill Lueders, editor of The Progressive magazine in Madison. Lueders asked for records about state water issues on a flash drive, email folder or compact disc. Krug instead dumped reams of paper documents on Lueders and demanded payment for paper copies.

The problem with paper documents is they can’t be easily searched and often don’t include information that explains their origin and use. For example, an email that’s printed out on paper might show the name of the person who sent it. But it might not show the email address from where it came or how it was handled. And unlike electronic records, a pile of paper documents can’t be quickly scanned for key words.

OUR VIEW: Printing out reams of emails on paper doesn't come close to meeting the spirit of Wisconsin's open records law

Krug was obviously trying to frustrate Lueders’ attempt to learn more about Krug’s actions on behalf of the public. But as the appeals court highlighted, Wisconsin’s open records law “shall be construed in every instance with a presumption of complete public access, consistent with the conduct of governmental business.”

Krug’s legal argument “falters right out of the gate,” Gundrum wrote, “due to his erroneous reading” of the law. Krug also failed to provide any reason why the original electronic records were protected from disclosure.

Krug contended that paper printouts were “good enough.” The court emphatically disagreed: “They were not.”

Rep. Jonathan Brostoff, D-Milwaukee, similarly had refused to provide electronic copies of records to the Wisconsin Institute for Law and Liberty, and demanded more than $3,000 in fees for paper copies. Brostoff finally handed over electronic copies last year as part of a settlement, though the state had to pay the conservative institute’s legal fees of about $1,800.

The obfuscation now must end. Citizens deserve the same access to electronic records in a modern world as they have had to paper records for decades.