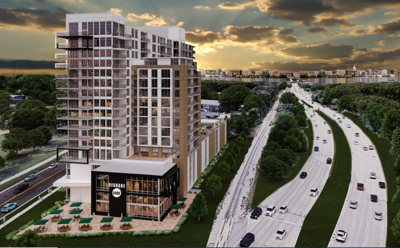 Madison shouldn’t be afraid of heights when a tall building is proposed that fits its surroundings and provides much-needed housing, some at lower cost.

That’s what an 18-story proposal on the South Side near the Alliant Energy Center offers. McGrath Property Group’s $40 million project has drawn understandable attention because it would become the tallest private building in the city. Only the state Capitol and UW-Madison’s Van Hise Hall would be taller, city officials believe.

State law limits the height of buildings within a mile of the Capitol to preserve the beauty and prominence of Madison’s signature building on the skyline. The State Journal editorial board has long supported this ceiling, and in 2005 we opposed a 27-story building on the Isthmus that was out of character with its surroundings and potentially in the path of aircraft.

The McGrath proposal is different. It’s 2 miles from the Capitol and on the opposite side of the city as the airport. It would rise along John Nolen Drive near the Beltline and a sea of parking lots on the Alliant Energy Center grounds. The county has been planning to develop more of the Alliant property, which could include mixed-income housing and commercial projects. Moreover, the Alliant arena and hotels close to 10 stories high dot the area.

So the McGrath proposal wouldn’t feel out of place, and it likely would attract additional tall buildings nearby. It’s a good spot for them.

The 18-story proposal would create more housing that’s an easy bus or bike ride to Downtown for its residents. It also would be next to what county officials hope will become a blossoming entertainment district at Alliant.

Two buildings would have to be demolished under McGrath’s plans: The Coliseum Bar and The Wonder Bar steakhouse. The Coliseum Bar, built in 1995, has been a popular place to watch games. The Wonder Bar, dating to 1929, has more charm as a Prohibition Era roadhouse. But it hasn’t been designated historic.

A higher priority should be Madison’s housing crisis, with too many workers priced out of the city. More building density — by going up, rather than out — will provide more units and ease sprawl into Dane County farmland. The McGrath proposal is for 291 apartments and 12,500 square feet of commercial space and parking. This includes studios, one-, two- and three-bedroom units, and the developer says he’s open to including some low-cost units.

South Side Ald. Sheri Carter regrets losing two local establishments but otherwise sounds upbeat about the project. Carter says she’s comfortable with the height because it’s not close to homes. That makes sense. The developer expects a cafe or small restaurant will open on the site.

Of all the places tall buildings might go up in Madison, this location is an inviting fit.

The State Journal's editorial Wednesday, "Building up is better than building out," supported the new high rise in Madison and was an importan…

Eric Frydenlund: Everyone has a story if we're willing to listen

PRAIRIE DU CHIEN — Several years ago, I wrote about a backyard encounter I had with a neighbor shorty after moving back to my hometown. The to…

Major cities that are successful in growth and stature find a way to both honor their history and produce a vision for their future. To become…

Ald. Sherri Carter, District 14, is supporting getting rid of more Madison history by taking out The Wonder Bar on Olin Avenue on the city's S…