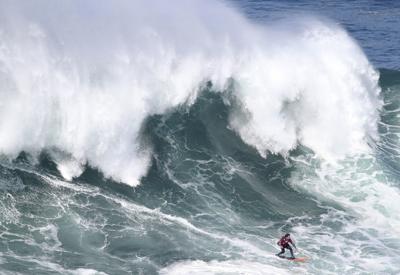 Here’s what we learned from last week’s partisan primaries, in which the two parties picked their nominees for governor and U.S. Senate:

Democratic-leaning voters came out to the polls Tuesday in larger numbers than their Republican-leaning counterparts. About 537,000 voters cast ballots for Democratic candidates, compared to about 456,000 for Republicans. And liberal Dane County recorded its highest turnout in decades, accounting for nearly 1 in 5 votes cast statewide for Democrats.

That suggests a “blue wave” of Democratic enthusiasm and success this fall — as predicted for months now, ever since Democrats started winning special elections in rural areas of the state long dominated by conservatives.

The public’s mood could change between now and Nov. 6. But Republicans, who have controlled the statehouse for eight years, should be nervous:

So expect the debate this fall to focus on public schools and students far more than Act 10, Gov. Scott Walker’s strict limits on collective bargaining.

Kevin Nicholson had a big financial advantage over Leah Vukmir in their bids for the Republican nomination for U.S. Senate. Nicholson raised more and got millions of additional spending on his behalf from outside groups, according to the Center for Responsive Politics.

Yet Vukmir, a state senator hoping to unseat U.S. Sen. Tammy Baldwin, D-Madison, won the GOP nomination with 49 percent of the vote, compared to Nicholson’s 43 percent. The results offered Wisconsin’s Republican establishment something to feel good about, because they had overwhelmingly endorsed Vukmir’s campaign.

Both Republican candidates for U.S. Senate pledged their loyalty to Trump. But Nicholson was the outsider businessman who more closely fit the Trump mold. And his supporters publicized a video in the closing days of the campaign in which Vukmir had called Trump “offensive to everyone” and held her nose at the thought of voting for him.

The video was from 2016 — before she had joined a group of GOP women backing Trump. Still, it suggests Republicans can criticize the president and survive difficult challenges from within their party.

That’s reassuring. We hope more conservatives stand up on principle to Trump, who is badly damaging the Republican brand with his chaotic and crude behavior.

Hands on Wisconsin: Scott Walker has loads of lunch money

Now with the primary behind us, the race for governor is heating up. Superintendent of Schools Tony Evers can deliver a strong message about e…