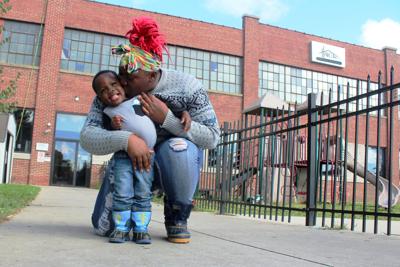 An estimated 20,000 people — including many children — are homeless in Wisconsin as winter approaches. Living out of cars, in tents or on the street, they need a hand up from their quiet suffering.

State government is at a critical point in addressing this chronic, costly and morally distressing problem. In recent years, bipartisan support for a stepped-up response has led to promising results. This includes the Interagency Council on Homelessness, which was created by former Republican Gov. Scott Walker and is now led by Democratic Gov. Tony Evers.

The council has endorsed the state’s first coordinated and comprehensive action plan, called “A Hand and A Home: Foundations for Success.” The state budget includes $7.5 million in additional spending over two years.

But as a special report — “Homelessness in Wisconsin — State at a crossroads” — showed in last Sunday’s newspaper, a lot more must be done.

Most pressing are eight bills in the state Senate that will implement much of the state’s “A Hand and A Home” blueprint. Republicans primarily drafted the bills, with the GOP-run Assembly approving them in June. Evers is eager to sign them.

The Republican-controlled Senate should advance this important legislation soon, without playing political games. As Assembly Majority Leader Jim Steineke, R-Kaukauna, said in Sunday’s special report, simply throwing money at the problem isn’t the answer or goal. Instead, the $7.5 million will be targeted to efforts that have shown promise. Steineke and other homeless advocates also want to measure state and local efforts carefully for clear results and accountability.

For a while, state, county and local leaders seemed to finally be on the same page when it came to combating homelessness. But with winter com…

The eight bills and $7.5 million, which the Legislature’s budget committee must release, will:

These efforts alone won’t eliminate homelessness across Wisconsin. But they will improve the lives of many, including thousands of children, who research shows do worse at school when they lack stable living situations. Front and center in the state effort is a proven strategy known as “housing first,” in which homeless people get immediate access to housing without requirements such as sobriety. Diversion and prevention are key, too.

“Homelessness in Wisconsin — State at a crossroads” was reported by the Wisconsin State Journal’s Dean Mosiman, with graphics editor Jason Klein helping with research and photography by Amber Arnold and John Hart. Other contributors included Emily Pyrek of the La Crosse Tribune, Heather Graves and Ben Rodgers of the Green Bay Press Times, and Adam Rogan of the Racine Journal Times.

The reporting project sprung from a symposium last summer, facilitated by the Wisconsin Newspaper Association, which distributed Sunday’s special report to nearly 200 member newspapers across the state. The WNA is hosting another symposium Tuesday in Madison to bring together business people, lawmakers, service providers, homeless advocates and the media to encourage further progress.

Wisconsin’s economy is strong. But many communities lack affordable housing for low-income workers and residents on fixed incomes, such as Social Security or disability payments. Wisconsin needs a new and dynamic approach — with greater incentives for the private sector to work with governments and nonprofits — to create housing for those earning little more than minimum wage.

Wisconsin spends far less than neighboring states to prevent and relieve homelessness. Greater investment will come with Senate passage of the eight bills. Wisconsin also should revisit its tenant laws and consider financial insurance for landlords who rent to people with risky credit and past evictions. Steineke wants to pilot a housing program for people freed from jail or prison.

Lawmakers must continue to work together and accelerate state efforts so more people who desperately need stable housing can find it.

The homeless population is larger than panhandlers who sleep in high traffic areas Downtown. Due to a lack of affordable housing, many school …

In my 27 years as a Madison police captain and now as a volunteer for the United Way of Dane County, I know how essential it is to address fam…