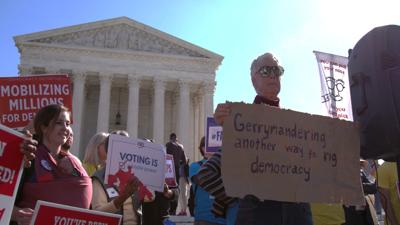 The post-census redistricting process now underway around the country presents an important test for centrists to either live up to fundamental ideals such as fairness and choosing what’s best for the country, or go for the jugular the way the extremists in both parties do. Nice folks who play by the rules tend to finish last in politics, especially when it comes to the kinds of gerrymandering designed to determine election outcomes favorable to the dominant party in power.

Fairness, in a utopian political world, means letting each candidate make the strongest case for her or his election, and letting the voters decide. American democracy works best when a variety of political viewpoints are considered, with the best ideas rising to the top regardless of which party presents them.

Back here on Earth, everyone knows it doesn’t work that way. The redistricting process is focused purely on ensuring partisan domination, which these days is a formula for more extremism.

In Texas, where the Republican Party reigns supreme, politicians are busy crafting maps to incorporate two new House seats resulting from the state’s population gain. There’s nothing fair about the mapping process. The maps dip into Democrat-dominated areas of cities like Austin and Dallas to split them apart, divide racial groups, and ensure that Republican populations overwhelm the mix.

In Illinois, a Democrat-dominated state that is losing population, politicians tasked with eliminating a congressional seat are making sure it’ll be a Republican who gets ousted. The two most likely targets appear to be Rep. Rodney Davis of Taylorville or Rep. Adam Kinzinger of suburban Chicago. Just because Democrats hold the power to delete one of these jobs doesn’t make it right, especially when voters of their respective districts chose Republicans to represent them.

Davis has had his ups and downs with this Editorial Board because he tends to lurch between being exceedingly rational on some issues while blindly siding with Republican extremists on others. He defended Joe Biden’s election victory but refuses to participate on a select committee investigating the Jan. 6 insurrection launched to block the election outcome.

Kinzinger has denounced Trump at every turn and currently serves on that same committee.

Logic would suggest that the district most worthy of elimination would be one in which the incumbent seems less prone to thinking independently and defending democracy over blind partisanship. But in today’s politics, logic and fairness take a back seat to winning at all costs.

Once upon a time, America performed at its best when centrists among Republicans and Democrats found ways to work together, compromise, and put the nation’s best interests first. But those days won’t return as long as those fighting for what’s right are thwarted at every turn by partisan demagogues. If both sides insist on playing the game this way, the void between America’s political extremes promises only to grow wider.

Hunting is a sacred tradition for so many in Wisconsin. It’s a time for us to reconnect with ourselves, our family and the beauty of the outdo…

S.E. Cupp: Why Pete Buttigieg ought to be a hero to the right

Like so many issues corrupted by America’s increasing political extremism, the cartoonish contours of our public abortion debate belie the mor…

Opinion | The truth about the Second Amendment

Author Carol Anderson will discuss her book "The Second," which concludes with an examination of the police shooting of Jacob Blake in Kenosha, at the Wisconsin Book Festival on Thursday.

The U.S. Constitution is ablaze, America’s democracy burning to the ground. But Democrats aren’t hurrying to find a fire hose or even a water …

With winter fast approaching, Europe finds itself in an energy crisis — and reliant on the tender mercies of Russian strongman Vladimir Putin.…