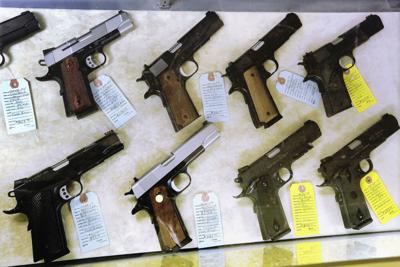 MILWAUKEE — It wasn’t long ago that we lost 10-year-old Sierra Guyton, who was caught in the crossfire on an elementary school playground in Milwaukee. Sierra’s funeral was the first I’d ever attend for a child. At the time, I told myself her funeral would be the last funeral for a child I would attend, but it wasn’t.

Five years after Sierra’s death, we continue to lose innocent lives on playgrounds, at shopping centers, places of worship, concerts, night clubs and even in people’s own homes. My community is tired of turning on their television screen only to learn of another shooting on their city blocks. People across the state and country are fed up with the mass shootings carried out by dangerous people whose only goal is to take as many innocent lives as possible. It’s past time to admit we have a gun violence epidemic in our country, and we need to do what we can to keep our communities safe.

Criminal background checks are the foundation of any effort to reduce gun violence. Currently, a dangerous loophole in federal law exists that allows domestic abusers, fugitives, felons and other people prohibited from possessing firearms due to mental illness to buy guns without a background check at gun shows or through online vendors. No one should be able to avoid a background check simply by purchasing a firearm from an unlicensed seller. That’s why I was proud to introduce legislation to expand background checks and close this loophole.

The overwhelming majority of gun owners are consistently responsible with their firearms, especially here in Wisconsin where we take pride in our hunting traditions. Wisconsinites are strong stewards of gun safety and use gun locks, safe storage and safe handling techniques for their firearms. Expanding background checks only builds on the culture of gun safety by making sure firearms don’t end up in the hands of dangerous individuals.

Over the years, my dad had many wise sayings. One that always stuck with me was that “all fences do is keep honest people honest.”

As legislators, it is incumbent on each and every one of us to keep communities around the state safe. But lawmakers in Madison continue to shirk their duties and push back on commonsense reforms. Public polling tells us that 80 percent of Wisconsinites demand expanded background checks. The lack of action by Republican lawmakers means children will continue to fear for their safety in their classrooms, and Wisconsinites will continue to fear the possibility of gun violence in public spaces.

We owe it to every single person in our state to do all we can to ensure that everyone feels safe in their own community, free from the threat of deadly weapons. We cannot sit idly by and wait for the next senseless act of gun violence to disrupt our neighborhoods and take more innocent lives. Expanding universal background checks is critical to reducing senseless gun violence.

The time to act is now.

I disagree with the Aug. 6 letter to the editor "Lawmakers must get serious about guns."