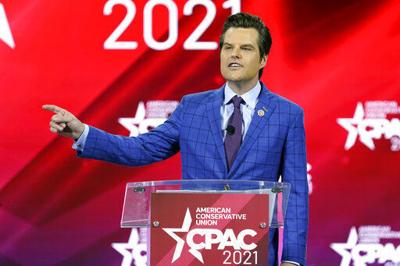 Whether you consider them a tribute to body positivity and sexual liberation or a sign of civil and social decline, they are inarguably a hallmark of the modern era: nudes.

Thanks to the internet and social media, the advent of easily shareable nudes, or sexually explicit photos and videos, has created both a billion-dollar boom in cyberporn and a troubling space for victimization and exploitation.

The posting of these nonconsensual images, never meant to be shared publicly, often has the intended effect — to humiliate and shame. It’s a hideous practice that has ruined lives.

Hustler magazine is often credited with commercializing it in the 1980s with reader-submitted photos. A number of victims successfully sued Hustler after proving their photos were stolen or submitted without consent.

In 2014, a collection of nearly 500 photos of celebrities, many sexually explicit, was posted online, obtained illegally from an iCloud hack. Multiple perpetrators were eventually charged and sentenced to prison.

And yet, according to a report by the Orlando Sentinel, one Florida lawmaker was adamantly opposed to a bill meant to stop it. You may have heard of him, he’s been in the news recently: Rep. Matt Gaetz.

Gaetz is also accused of having sex with a 17-year-old girl and sex trafficking, both of which he denies.

When former California Rep. Katie Hill was investigated for allegations that she’d had sexual relationships with two staffers, and explicit photos of her were posted online, Gaetz was quick to dismiss the public scrutiny as an invasion of her privacy.

He tweeted, “Who among us would look perfect if every ex leaked every photo/text? Katie isn’t being investigated by Ethics or maligned because she hurt anyone — it is because she is different.”

And just last week, in an op-ed he penned defending himself, he boasts of his support for her, writing, “I just didn’t think it was anyone’s business.”

Advocating for her privacy in the face of potential ethics violations involving sex looks different now in light of the allegations against Gaetz. While Hill was appreciative then, she has also noticed the potential hypocrisy.

She writes in a Vanity Fair essay: “The women on his phone likely had no idea that the nude photos and videos they’d either privately shared or that he’d taken (with or without their consent) were being passed around and ogled by Republican congressmen. If true, Matt had engaged in the very practice he’d defended me from.”

Perhaps no one’s surprised that Gaetz is afflicted with a case of situational morality that’s convenient for him.

He now faces potential ethics violations of his own, some involving pornographic photos of women he’s alleged to have shared without their consent to other lawmakers.

We don’t know what the Biden years will ultimately look like, but one thing is pretty obvious, at least to me: It won’t be a new New Deal, nor…

'I shouldn't have been there': Accused Capitol rioter apologizes