Become a Member
Read Today's E-edition
Share This
Rep. Mike Rohrkaste: What $231 million more for caregivers means for your loved ones
0 Comments
Share this 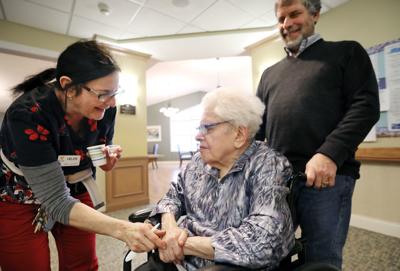 NEENAH — We are approaching a demographic shift in Wisconsin where the average age is increasing. It’s a hard truth, but it’s one we all face: You, and everyone you know and love, are going to get older.

When the time comes to start making decisions about a nursing home or assisted living facility, for yourself or for a parent or loved one, you’ll probably want to be assured of two things. First, that the staff there are competent, compassionate and qualified; second, that it’s integrated into the community and near friends and family.

Let’s face another truth together: Nursing homes have been closing across the state of Wisconsin. Part of this is due to our aging population choosing to remain in the home and independent for longer. This is a good thing.

But another factor playing into this is the low reimbursement rate these facilities have historically been faced with. This makes it more difficult to fill openings with skilled workers and, yes, forces some closures. As the next wave of our families gets older, we need to know that even under these parameters, we will have good options close to home.

Now, for the uplifting part. On an 11-4 party-line vote by the Legislature’s Joint Finance Committee, state Republicans have pumped $231.6 million in new funding into direct caregiver wages, responding to that need. It’s a step in the right direction toward addressing both the workforce issue in nursing homes as well as helping to stop the closures we’re being faced with.

This new money includes a 120% increase above our Family Care workforce initiative last budget cycle, a 7% increase to the nursing home reimbursement rate, and $91 million (a 9% increase) to the personal care reimbursement rate. With regards to personal care, I received a letter recently that told me this “critical funding” is “the largest increase in nearly two decades.” The letter went on to read, “[for] the first time in a long time, agencies and workers feel hopeful about the future.”

While the governor likes to talk about how he is addressing health care, here are all the facts: We put a lot more money into addressing this critical issue than he did. We more than doubled his funding request, to the tune of $158.9 million additional dollars. We heard our nursing and assisted living homes, and our personal care workers, asking for help, and we acted. We can respond to this state’s health care needs by continuing to make smart funding decisions.

We did it when we covered every single Wisconsinite up to the poverty limit with Badger Care, and we did it again this month when we ensured that our direct care workforce will be there for us and our families when we age.

This was one of the issues we continue to hear about most, from our county officials and from our concerned friends, neighbors and voters. This was a vote I was proud to take, and I will continue to advocate for the needs of our elderly and those who care for them.

Critics including many of his fellow Democrats claimed Tony Evers was too boring to be elected Wisconsin's governor. They were wrong. And at the recent Wisconsin Democratic Convention, he got his revenge: "Who's boring now?" he crowed, touting his veto pen as a powerful check on the Republican-run Legislature. On this week's "Center Stage" political podcast, Milfred and Hands play clips and comment on his recent convention speech, which reminds Milfred of the ending to "Revenge of the Nerds."

Holy cow, did I expect an avalanche of infuriated email when I wrote that the schools need to be open and stay open a couple weeks ago.

S.E. Cupp: The complainer class is 'done' with COVID, but it might not be done with them

“You and my husband think so similarly when it comes to politics,” Hillary Clinton once told Joe Biden. “You guys were almost separated at birth.”

Los Angeles Times: California must do more to get bad doctors out of the profession

California’s system for getting bad doctors out of the profession is obviously not working.

It is no secret our country has a troubled history with deciding who has the right to vote — and whose votes count.

Wall Street Journal: How to mess up a 5G rollout

It’s hard to know which is more messed up these days — air transportation, or the Biden administration. As another case in point, consider the…