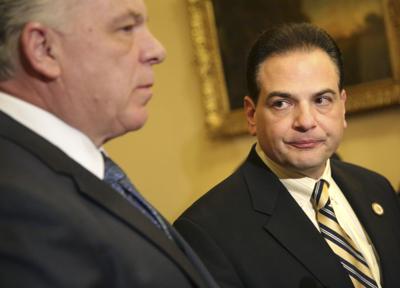 “The exercise of democracy in the house of the people is under attack,” a dozen nonpartisan advocacy organizations declared in a joint letter, articulating a deep and growing dismay over the way dissent is handled, or mishandled, under one-party rule at the New Jersey statehouse.

The Democrats in charge of Trenton seem too mesmerized lately by the soap opera of their internal power struggle — at one point, South Jersey party boss George Norcross publicly insulted Gov. Phil Murphy and his wife, Tammy — so they may not have given any thought to how shabby their performance must look to the people on whose behalf they supposedly govern.

During a Nov. 22 Trenton news conference, good government group the New Jersey League of Women Voters, progressive think tank New Jersey Policy Perspective, right-leaning Americans for Prosperity and nine other organizations assailed “ever-worsening, antidemocratic” practices regarding when, where, and for how long members of the public may assemble, hold events, speak or lobby at the statehouse — particularly “when presenting an opposing position” to that of the legislative leadership.

The “traditional open-door policy of the (statehouse) began to diminish” during Gov. Chris Christie’s administration, they wrote, adding that the last two years have brought “unprecedented barriers” to unfettered public discourse.

The groups’ letter, addressed to New Jersey Senate President Steve Sweeney and Assembly Speaker Craig Coughlin, also described the forcible Nov. 18 removal of Camden activist Sue Altman as the “most egregious” of many attempts to silence dissent. It described two years of scheduling, permitting, procedural and physical barriers to access and participation by opposing voices, as well as arbitrary and selective enforcement of protocols.

Altman, the director of the Working Families Alliance in New Jersey, was escorted from the hearing room before Norcross was to start his testimony. He appeared in front of a special committee that Sweeney, his ally, created to help polish his “Camden Rising” narrative, which has been tarnished by revelations from Gov. Murphy’s task force investigating the controversial state tax incentives program. Meanwhile the forces of Norcross are working to deny Murphy a governor’s traditional prerogative to select the state Democratic committee chair.

No wonder voter turnout in Garden State elections is so historically and notoriously anemic, as is generally true as well in city elections in Philadelphia, where decades of one-party machine rule have nurtured a sense of disenfranchisement that runs deep. A perception that electoral choices are limited or already have been made by others is hardly an incentive to vote, and low turnouts generally benefit the political establishment.

Party establishments are not invincible. Even in Camden County, where the Norcross machine now controls nearly every municipality, younger and often, progressive leaders, such as Altman, are on the rise. Whatever the rationale for her removal from the room that morning, the ugliness of it all sends a message about the arrogance of those in power — and the chilling impact on dissent. New Jersey voters should take that seriously.