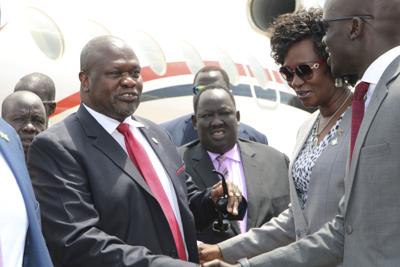 Not many international reporters brave the bloodshed and chaos of South Sudan to let the world know of the horrors taking place there.

That suits the thugs who thrive on violence and chaos just fine: It is often reporting from the scene that helps generate the shock and shame for governments and international organizations to intervene in bloody power struggles that otherwise could drag on without end, destroying endless lives and uprooting countless families.

Sam Mednick is one of the few text journalists who have told the stories of South Sudan. A courageous Canadian freelancer who was The Associated Press’s correspondent in South Sudan for nearly three years, she knew the score — before South Sudan, she had reported from the Middle East, Asia, South America, Europe and elsewhere in Africa. Her story in recent weeks had been the unraveling of a peace agreement that was to meld the government and rebels into a power-sharing coalition government. For that, the government silenced her.

“After almost three years of reporting from South Sudan, my press pass was revoked (for 6 months) because I was told that I ‘concocted misinformation intended to create panic and fear of unknown,’” she tweeted on Oct. 31. “This is extremely disheartening and yet another troubling sign for #PressFreedom in South Sudan. The timing, two weeks before the warring sides are meant to unite, is uncanny. I’m honored to have been able to report from parts of the country that don’t get a lot of international coverage. And I’m grateful to the South Sudanese people I’ve met, who have inspired me more than they realize.”

The timing would be uncanny if the nation’s leaders were presumed to be working for the welfare of their people. It is not surprising for men locked in a struggle for power and loot.

The world’s youngest nation, South Sudan broke away from Sudan in 2011 only to descend into its own brutal civil war two years later, fueled by oil riches and ethnic rivalries, between forces loyal to President Salva Kiir and to former Vice President Riek Machar. The toll has been terrible — hundreds of thousands have been killed, at least 1.75 million displaced, and atrocities ranging from rape to murder.

The watchdog group the Sentry, co-founded by the actor George Clooney, issued a report in September linking an oil consortium working South Sudan’s fields, controlled by Malaysia’s Petronas and the China National Petroleum Corporation, to militias on President Kiir’s side that are responsible for many of the atrocities.

Last year, the fighting factions agreed to a peace deal, which includes forming an interim coalition government. But many aspects of the accord, including the integration of the opposing forces into a national army, have yet to be put in place. Machar has demanded a delay and has warned that he will not return from self-imposed exile unless there is one, raising the risk of a revival of violence.

Reporting the facts of such highly volatile and complex crises is essential if they are ever to be tackled, and if the death and suffering are ever to end. The oil companies and authorities who fan the flames for their own ends need to be exposed, and nongovernmental organizations such as Clooney’s and reporters such as Mednick should be commended for — and protected in — their efforts to bring the truth of what’s happening to the world.

South Sudan’s action in silencing Mednick was indeed uncanny, and unconscionable, and warrants the loudest protest from organizations and governments that deem peace and elemental human rights worth defending.

Hands on Wisconsin: Vaping or cigarettes -- a deadly choice

Vaping was once considered a safer alternative to smoking, but recent illnesses and deaths by young people who vape and changed that perceptio…

The Wisconsin Badgers welcome the Iowa Hawkeyes to Camp Randall Stadium on Saturday.

Oscar Fox gets excited for new direct flights from the Dane County Airport in this week's Mendota Marsh.

The old adage, "you get what you pay for" — aimed as a warning that doing things on the cheap doesn't always work out — applies to government as much as it does to individuals.

Now that two states bordering Wisconsin have recently legalized the recreational purchase and use of marijuana, it seems that perhaps Wisconsin needs to consider law changes related to driving under the influence of drugs, including marijuana.

Voting in the United States is a sacred right and, personally, I can't think of anything more despicable than those among us who would deny Americans that right.