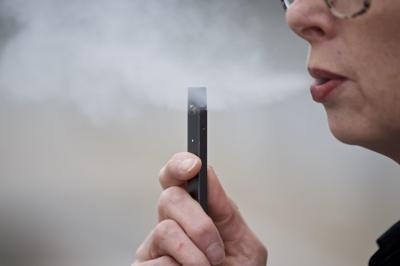 Anyone over 21, and with an ID to prove it, can purchase cigarettes, booze and even marijuana in retail establishments across San Francisco. But as soon as next month, one age-restricted product won’t be available for purchase, not even online. That’s because San Francisco officials, in a misguided attempt to curb teen vaping, are moving to ban sales of all electronic tobacco products to anyone within the city until the federal government adopts regulations on them.

The San Francisco Board of Supervisors gave a tentative thumbs-up to the ban last week, and the supervisors are expected to reaffirm their support in a final vote Tuesday. We hope the supervisors will see the light before then. Not only is it bad public policy to outlaw a legal product that’s widely available just outside the city’s borders, but it’s bad public health policy to come down harder on the lesser of two tobacco evils.

Electronic cigarettes are new enough that we don’t fully understand the health effects from vaping, which involves inhaling the fumes produced by heated liquid nicotine. Nicotine in any form comes with health risks. But it’s well established that smoke from conventional combustible cigarettes can kill both smokers and bystanders, and that some longtime smokers have been able to quit that deadly habit by switching to vaping.

Granted, teen vaping is a serious concern. While smoking rates have dropped significantly among U.S. middle school and high school students — they’re down to just about 8% — electronic cigarettes are gaining popularity rapidly. In less than a decade, e-cigarette use among U.S. teens has soared from less than 2% to more than 20%. ... In just one year, from 2017 to 2018, teen use increased by 36%. The Centers for Disease Control and Prevention reports that, as of 2018, about one-fifth of all U.S. high school students reported using an electronic cigarette in the last 30 days. By comparison, San Francisco’s Youth Risk Behavior Study determined that as of 2017, just 7% of the city’s high schoolers had reported vaping in the last 30 days.

It’s an alarming trend that public health officials and the U.S. Food and Drug Administration are looking to reverse. The FDA has been working on rules to prohibit kid-friendly flavors in all tobacco products and to regulate the manufacture of electronic cigarettes, but the process has moved excruciatingly slowly. That’s regrettable, but the feds’ slow pace doesn’t justify San Francisco’s extreme interim action. Besides, there are other products not targeted by this ban that the FDA has yet to deem safe for consumption, such as marijuana, which recently became legal for recreational use in California.

Moreover, the possible consequences of a ban on just this one tobacco product are concerning. In addition to being easy to evade — plenty of e-cigarettes will still be available at retailers a short drive away — the prohibition would create an opportunity for black marketers inside the city’s borders. In a perverse twist, that might make it easier for teens to buy vaping equipment because e-cigarette bootleggers are not likely to check IDs.

And here’s an even worse scenario: If adults who vape can’t get their hands on replacement nicotine cartridges, they might take up traditional cigarettes to get their fix.

More reasonable ways to attack teen vaping should be pursued. The state is already trying one: Two years ago it raised the legal age for all tobacco products from 18 to 21, which cut off legal access to those products for teens who may still be in high school and might purchase electronic cigarettes for their younger school friends. San Francisco adopted another last year: banning fruit and candy flavorings that appeal to teens. The city hasn’t given this narrower ban much of a chance to show results, however. A third possibility would be to restrict e-cigarette sales more tightly, such as by permitting only retail outlets that use point-of-sale ID readers and restricting how many electronic cigarettes can be purchased at one time.

San Francisco has often been a pioneer in smart, progressive public policy, such as when it bucked federal law and began issuing marriage licenses to same-sex couples in 2004, or when it became the first U.S. city to ban single-use plastic grocery bags. But in recent years it has imposed a flurry of more intrusive restraints, such as forbidding high-tech delivery services and trying to ban company cafeterias. The proposed ban on e-cigarette sales is another overreach in the name of the public good.

Requiring thorough analysis of possible environmental damage and allowing citizen input takes too much time and wastes money as far as Trump's people are concerned.