Seahawks vs. WFT: Updates and scores from MNF

Los Angeles Times: COVID-19 was a pandemic for plastic too
0 Comments
Share this 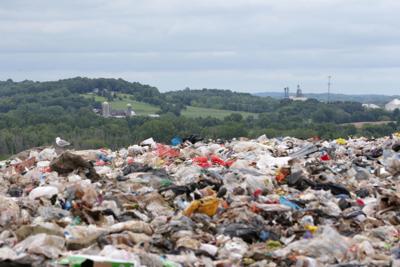 COVID-19 is a plague on humanity, but it hasn’t been that kind to the planet, either. Our efforts to avoid infection led to an unavoidable increase in single-use plastic. Just how much more we are only now starting to grasp.

This month a team of researchers from Nanjing University’s School of Atmospheric Sciences in China and UC San Diego’s Scripps Institution of Oceanography published an estimate based on scientific modeling, that 8 million tons of pandemic-related plastic was produced globally as of August. Furthermore, they estimate that about 26,000 tons has or will end up in rivers, oceans, beaches and, ultimately, in the bellies of sea creatures. By the end of this year, their model projects that an additional 3 million tons of pandemic-related plastic waste will be used.

While some of the trash was generated from increased online sales of various consumer goods, about 70% of the extra plastic came from, no surprise, medical waste such as disposable gloves, gowns and masks. (Another report estimates that in 2020 more than 1.5 million disposable face masks ended up in the ocean. Ugh.) The researchers say Asian countries are the source of 72% of the pandemic plastic, but that doesn’t make this only a problem for Asia.

For one thing, once plastic waste enters the ocean it becomes everyone’s problem. But also because the U.S., and California in particular, is a huge generator of plastic trash, much of which is transported to poorer Asian countries that don’t have the infrastructure to dispose of it properly.

Though the 8 million-ton increase is a pittance next to the 300 million tons of single-use plastic produced in the typical, non-pandemic year, it’s a trend that is headed in the wrong direction. (Well, maybe not for petroleum companies, which are banking on increased plastic production to offset flagging oil sales. Most plastic is made from fossil fuels.)

There’s no reasonable substitute for plastic in many medical applications, particularly safety gear. That’s why it’s imperative that we focus on reducing nonessential single-use plastic — you know, bags and cups and the layers upon layers of plastic film encasing so many products found in every retail store.

That will be the focus of the debate next year when Californians are asked to vote on a groundbreaking plastic packaging reduction measure on the November 2022 ballot. The measure would place a penny tax on each product wrapped in plastic that is sold in California, as well as require that the state adopt regulations to reduce waste from plastic packaging by 25% by 2030. (If this sounds familiar it’s because legislators considered mandating a reduction in plastic packaging for three years running, but never mustered the votes to do so.)

This is a conversation that should be happening in every state and every country. Plastic trash isn’t just a litter problem, it’s an environmental disaster that is already well underway and will be with us long after the pandemic ends without dramatic intervention.

20% of Giant Sequoias wiped out by wildfires since 2020