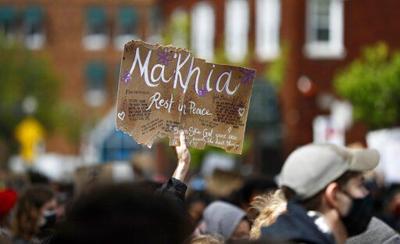 Sorry, but this is not an open-and-shut case.

This is not Tamir Rice, Philando Castile or Walter Scott, unarmed and clearly executed on camera by police. No, the bodycam video of last week’s killing of a 16-year-old black girl named Ma’Khia Bryant tells a more complicated story.

In it, we see Columbus, Ohio, police officer Nicholas Reardon roll up on a melee in full swing. A girl goes sprawling to the pavement as a guy kicks at her. Ma’Khia charges at another girl, knife in hand. That girl is backed up against a car, nowhere to go. Reardon fires four shots.

You could ask why he didn’t choose a nonlethal option. Knowing what we know of how race in this country is constructed, you might even ask whether he would have been as quick to shoot if Ma’Khia had been white, a fair question given how many white boys and men we’ve seen taken peacefully into custody while armed with weapons far more dangerous than knives.

Or, you could say this: Tragic as the loss of that child was, Reardon, with a split-second to decide, likely chose the best from a menu of bad options. And had he not done what he did, another girl — also Black — might have been seriously injured or even killed.

You could, in other words, give him the benefit of the doubt.

One senses little inclination toward that in outraged observers long since fed up with racist and oppressive law enforcement that too often leaves Black people dead for no good reason and police skipping free of accountability. Ohio activist Kiara Yakita accused officials of “rushing to make excuses” for Reardon. Joy-Ann Reid of MSNBC faulted him for failing to “talk the teenaged girls down.” There were multiple protests in Columbus.

There is a lesson here that police ignore at their own peril. For all the tools at law enforcement’s disposal — guns, Tasers, badges and batons — one of its most important and effective is simply credibility, worthiness of trust. Unfortunately, police have squandered that commodity.

Without credibility, there can be no true authority. Yes, guns, Tasers, badges and batons will always force compliance. They will make you feared. But they cannot make you respected.

Imagine if the killing of Ma’Khia Bryant had taken place in a world where police were not routinely caught lying by their own cameras, and those who killed innocent or unresisting Black people could expect prison time. Imagine if, in this world, Minneapolis police did not initially attempt to pass the murder of George Floyd off as a “medical incident.” Imagine if there were no blue wall of silence protecting bad cops, no code of Omerta straight out of “Goodfellas.”

In this world of reliable police integrity, might more of us be willing to believe that Ma’Khia’s death, while still painful and heart-breaking, resulted not from malfeasance but from a cop in a no-win situation who did the best he could?

Sadly, we don’t live in that world, and the reason we don’t is not just because police routinely lie to cover their backsides, but because laws and unions, public officials and gullible journalists routinely allow them to get away with it. While that may benefit some cop who is in the hot seat, it eats at the institution of policing like a rat gnawing at cheese.

You see, without credibility, there can be no true authority. Yes, guns, Tasers, badges and batons will always force compliance. They will make you feared. But they cannot make you respected. Granted, an officer doesn’t need to care if bad people respect him, but he must care if good people do. And therein lies the challenge not just for Nicholas Reardon, but for police all over the country.

NOTE: In a recent column on the Derek Chauvin verdict, I suggested that, “No one was ever held accountable” for the beating of Rodney King. In fact, while the four Los Angeles police officers who beat King were acquitted on state charges, two were ultimately found guilty on federal civil rights charges.