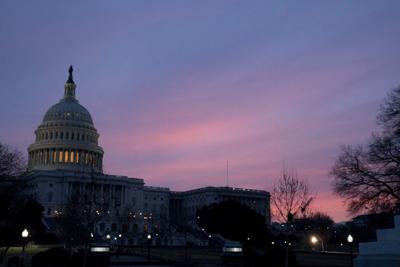 DE PERE — Our economy has been devastated by the necessary shutdown to flatten the the curve of coronavirus infections. When we have the pandemic threat in control and our country gets back to work, our economy would benefit from eliminating pay-to-play politics.

Our government is meant to be “of the people, by the people, for the people,” according to Abraham Lincoln. A democratic republic requires that legislation represents the voices of the majority. But today, pay to play politics is diminishing our republic and the principles on which our Founders established it. Pay to play encourages winner-takes-all legislation that favors a narrow group over the majority, harms economic growth and U.S. global competitiveness, and is destroying Americans’ faith in our republic.

Winner-takes-all legislation meets the desires of a special interest group that finances politicians to support a narrow agenda. Often this narrow agenda is not in the best interest of the general population.

One example is when accounting firms engineered legislation that allowed the same accounting firm to both audit and provide consulting services to the same corporation, thus eliminating checks and balances. This led to the demise of Arthur Anderson and Enron — as well as the 18% decline in the stock market following the Enron bankruptcy.

A second glaring example is how the 2008 economic crisis could have been avoided with moderate regulation on mortgage issuance. This regulation did not occur for two reasons: The financial services industry placed short-term gains over prudent risk management, and pay-to-play politicians supported the avoidance of any regulation to moderate the risk. Everyone in America was impacted by the economic slowdown, including those who had no culpability. Americans lost retirement savings to supplement lost income during this crisis.

The median annual CEO salary in America is $12 million. This is equal to 240 employees earning $50,000 each. How many homes and cars will 240 people purchase versus one CEO? Home and car purchases are big-ticket items that have a major ripple effect throughout the economy.

Pay to play also damages U.S. global competitiveness. When a corporation can gain a competitive advantage by buying a politician versus investing in plants, equipment, technology or innovation, it does not create sustainable economic growth. The United States competes globally, so we cannot afford to lag our international competitors in strategic economic growth.

Pay to play also undermines faith in our republic. When Americans see legislation that is financed by special interests to support narrow agendas, it leads to a feeling of corruption. Senators and representatives who do not address the concerns of the larger population create a perception of “bought and paid for” legislation. It leads to apathy among voters who believe they have no voice in their government.

The result is populist politicians step in to lead the disenfranchised. Ultimately this corrupts democracy.

This corruption occurs at both the national and state level. Increasingly, state and local elections are being influenced by dark money and out-of-state interests.

Former Gov. Scott Walker raised $36 million, and current Gov. Tony Evers brought in $11 million, for the last gubernatorial election. The candidates got most of those funds from outside Wisconsin. Our U.S. Sens. Ron Johnson, R-Oshkosh, and Tammy Baldwin, D-Madison, raised $17.8 million and $30.8 million, respectively, from 2015 to 2020. Small donors (under $200) contributed just 14.3% to Johnson and 36% to Baldwin.

Who is spending money to influence Wisconsin elections? In many cases, Wisconsinites don’t know. The dark money cannot be identified. It is often used to finance media campaigns of innuendo, half-truths and character assassination. These media campaigns can take place days before an election, subverting a candidate’s ability to address the statements. The negative advertising financed by dark money has muddied all politicians, increasing voter apathy and distrust in institutions of government.

A solution to these serious threats to our nation is gaining traction nationally. I recently joined more than 100 business leaders from across the nation in signing the American Promise Business Statement of Principle, adding my support with other business professionals for a constitutional amendment to limit money in politics and end the pay-to-play era. Passing an amendment is a significant undertaking that requires bipartisan cooperation.

But what is the cost if we do nothing? Certainly, the current trend of political ad spending increasing an average of 27% annually since 2012 will continue. As would the increase in undisclosed dark money spending, which increased from roughly $35,000 to more than $14 million from 2000 to 2016. Legislators will continue to feel more pressure to fundraise than to represent their constituents, and legislators who now spend about half of their time raising funds will have even less time to legislate. And the hidden extortion tax on corporations, which increasingly believe they must curry favor with politicians to get a competitive advantage, will continue.

Most devastating: The grand experiment of a democracy for all will be a legacy lost for our children and grandchildren. Unlike the Greatest Generation, who sacrificed everything to preserve our democracy, our generation risks becoming the “Traitor Generation” with inaction.

Nagel, of De Pere, is a retired vice president and investment officer of Wells Fargo Advisors.

Dr. James Stein: How to manage COVID-19 risk as you leave your cocoon

Many people are experiencing intense but expected anxiety as they prepare to leave the shelter of their homes during the COVID-19 pandemic. As…

Rather than hyperpartisans, those most likely to buy conspiracies are those who don’t follow the news and assume it will “find them,” suggests new University of Wisconsin-Madison research.

Our Black community is mentally and physically drained, we’re tired and we’re angry. Here are five points to consider.

Speed limits and seat belt requirements are good laws, even though they are a hassle and test our patience. Same is true with safer-at-home orders.

At a time when President Trump, and too many of the president’s allies, have practiced the politics of division at its worst, Barnes is encouraging people to act on behalf of economic, social and racial justice.

Esther Cepeda: Why I left Chicago for quirky Madison

SEIU president Mary Kay Henry is optimistic the pandemic's lessons will cause working people to rise up and demand changes for the nation's economic future.

Plain Talk: Trump, not the USPS, is the joke

No one has been more threatening to the postal service's future than Trump, who, in the middle of the coronavirus pandemic that's costing it billions, refuses to give the service federal help as it has for everything from airlines to railroads.

It has now been over 400 days since Tara Reade has come forward with serious allegations of sexual assault by Joe Biden when she worked as an aide in his U.S. Senate office. Where are the Democrats’ calls to believe all women now?

George W. Bush: We rise or fall together — and we are determined to rise

This is a solemn and challenging time in the life of our nation and world. A remorseless, invisible enemy threatens the elderly and vulnerable…